For decades Accra´s traffic has been a huge problem for the city´s development. Long traffic jams in rush hours, road accidents and poor travel conditions for everyone that moves within Accra is a well-known issue in Ghana and a conversation topic for Accra´s inhabitants - like rain and the weather are a common conversation topic in Bergen, Norway.

The situation on the streets of Accra is characterized by congestion, the noise of traffic, street vendors that try to sell their products and the smell of motor exhaust, fried food and trash. Walking and moving on those streets is indeed a full-body experience.

The reasons for the chaotic traffic situation in Accra are diverse. One of them is the infrastructural deficits; road conditions are bad, potholes and other damages can be found everywhere. In addition, the existing road space cannot keep pace with the increasing numbers of vehicles. Another reason is the general driving behaviour of the great majority of vehicle drivers. Often it is only the basic rules of traffic that are kept, and, from my experience as a passenger in many different cars and as a pedestrian, it seems that the consideration of the safety and health of pedestrians and the other cars is very low. The high number of accidents on the streets is not unrelated to this chaotic traffic. However, the most important reason for the traffic situation is structural and a result of decades of no, or, at best, insufficient urban planning. Rapid urbanization with almost no governmental regulation and land-use planning has led to a situation where residential areas move further away from workplaces, which are mostly located in the centre of Accra. This results in high amounts of people that must commute a substantial distance to get to work every day.

The lack of a functioning and state-regulated public transport system gave rise to the ´trotros´ (mini-vans), which offer an efficient transport service - but almost no travel comfort. This has, in turn, led to many people buying and commuting with their own cars as soon as they can afford instead of using trotros, which explains the increasing amounts of vehicles.

Non-motorized travel modes like walking and biking are almost completely neglected in the existing road infrastructure. Bike lanes are non-existing, and pavements are either in very bad condition or not to be found at all, which makes walking or biking on the side of the roads dangerous.

Altogether it leads to a situation where travelling within Accra is a tiring and challenging experience. There is no escape from traffic jams which are worst in the morning and afternoon rush-hours but also characterize the streets at other times of the day. As a pedestrian one has to be alert while walking as to not get hit by traffic, or trip on poor walkways.

'Trotros' - filling the void of a state-owned public transport service

In spite of the dangerous conditions, many people are walking in Accra due to economic reasons. If people are not walking, they are probably taking a ride in one of Accra´s many ´trotros´. These minivans are second-hand transporter vehicles from Europe and Asia that found their way to the African continent and were refurnished to serve as minibuses that can carry around 15 passengers. Sometimes the vehicles still carry commercial prints from their time in Europe (see Picture 2). The trotros are everywhere to be found in Accra and serve as transportation for shorter distances in the city centre but also serve connections from Accra to the other cities in Ghana.

Trotros are private-owned and organized in transport unions. Transport unions regulate the private transport sector, which contains taxis and trotros. This includes the establishment of fares, vehicle licenses and the management of the terminals. Furthermore, the Unions are the representatives of people working in the sector and their main voice in negotiations with the government. The government has little control and power over the trotro sector, although government and transport unions cooperate on some level.

Even though the trotros are a well-used transport method, there are some issues with their service that limit their popularity among users, planners and the government. Most of the vehicles are in bad shape, have no air condition and deliver only low levels of travel comfort. Since drivers and ‘mates’ (conductors) are dependent on the maximation of profits, vehicles get overloaded, which decreases comfort and safety. Scholars and city planners argue trotros contribute to the congestion of the streets, especially when they stop to pick up passengers on the curb of the road. But especially due to the lack of state control over the private transport sector it is not surprising that the government wants to replace the trotro system at some point with a state-owned and -regulated mass transit system.

In the last two decades, the government, in cooperation with international development actors, started several attempts to implement a Bus Rapid Transit (BRT) system to fill the void of a state-owned public transport service. BRT systems were successfully implemented in cities of South America like Bogota in the early 2000s and are an example of a big scale, but still affordable mass transit system in a city. However, the attempts to start this in Accra has so far failed. Millions of dollars were invested in acquiring busses and building new infrastructure without success. The trotros are still dominating the transport market. Why is this?

After my fieldwork in Accra, I came to the conclusion that the attempt to fix Accra´s traffic situation by solely investing in a big scale new mass transit system, without fixing the infrastructural basics; without changing land-use planning; and without cooperation with existing transport providers, cannot be successful. Rather, there is a need for a bottom-up approach, starting with the basics. This means that one must reorganize existing road space, by distributing more road space to the majority of people that are walking or taking trotros. Alternative modes of transport to travelling by car need to be more attractive to decrease the number of vehicles with just one or two passengers. This must include cooperating with the trotro sector to improve safety, comfort and efficiency. Here it will also be important to improve and professionalize the working conditions for the drivers. Furthermore, decision-makers must think about new ways to regulate and control traffic in a way that improves driving behaviour;  for example, speed controls.

Accra´s traffic situation can seem to be desperate and hopeless. However, with the right initiatives that prioritize collective forms of transport above the use of private cars; policies that are developed and implemented in cooperation with a functioning, well-adapted and existing private transport system (the trotros); and investments in the basic infrastructures for non-motorized forms of travel, things can improve. Therefore, political decision-makers have to step back from single big-scale projects like the BRT system and instead focus on developing a more holistic approach; one that recognizes the diverse reasons for the status quo. 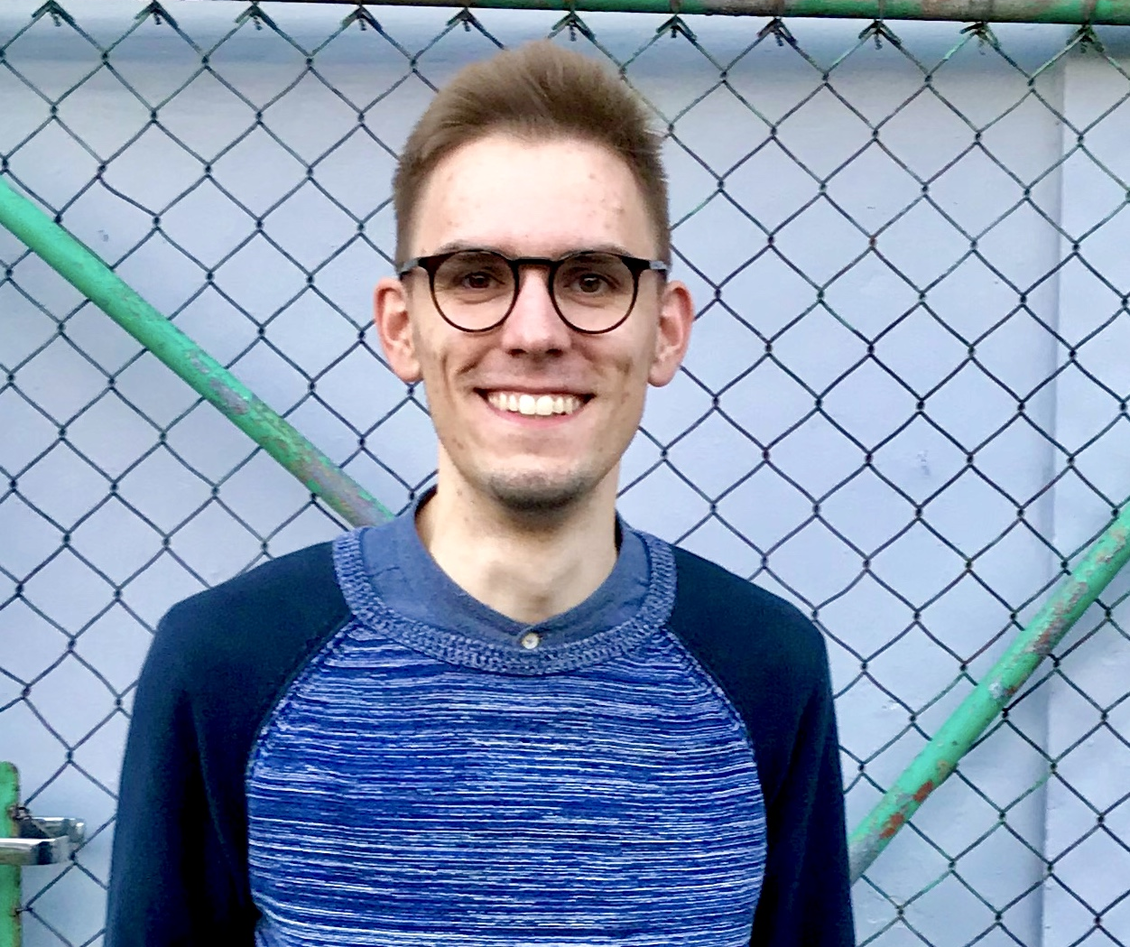 Lukas' master project seeks to examine the transportation situation in Accra, Ghana and its implications on the urban society. He aims to grasp local peoples' perspective of everyday urban mobility in order to analyze what future policies on urban transportation are needed to ensure sustainable urban development in Accra. Linkages of transportation and issues like equality and democracy are also central concerns of his.
Photo:
Lukas Siegfried Hoose 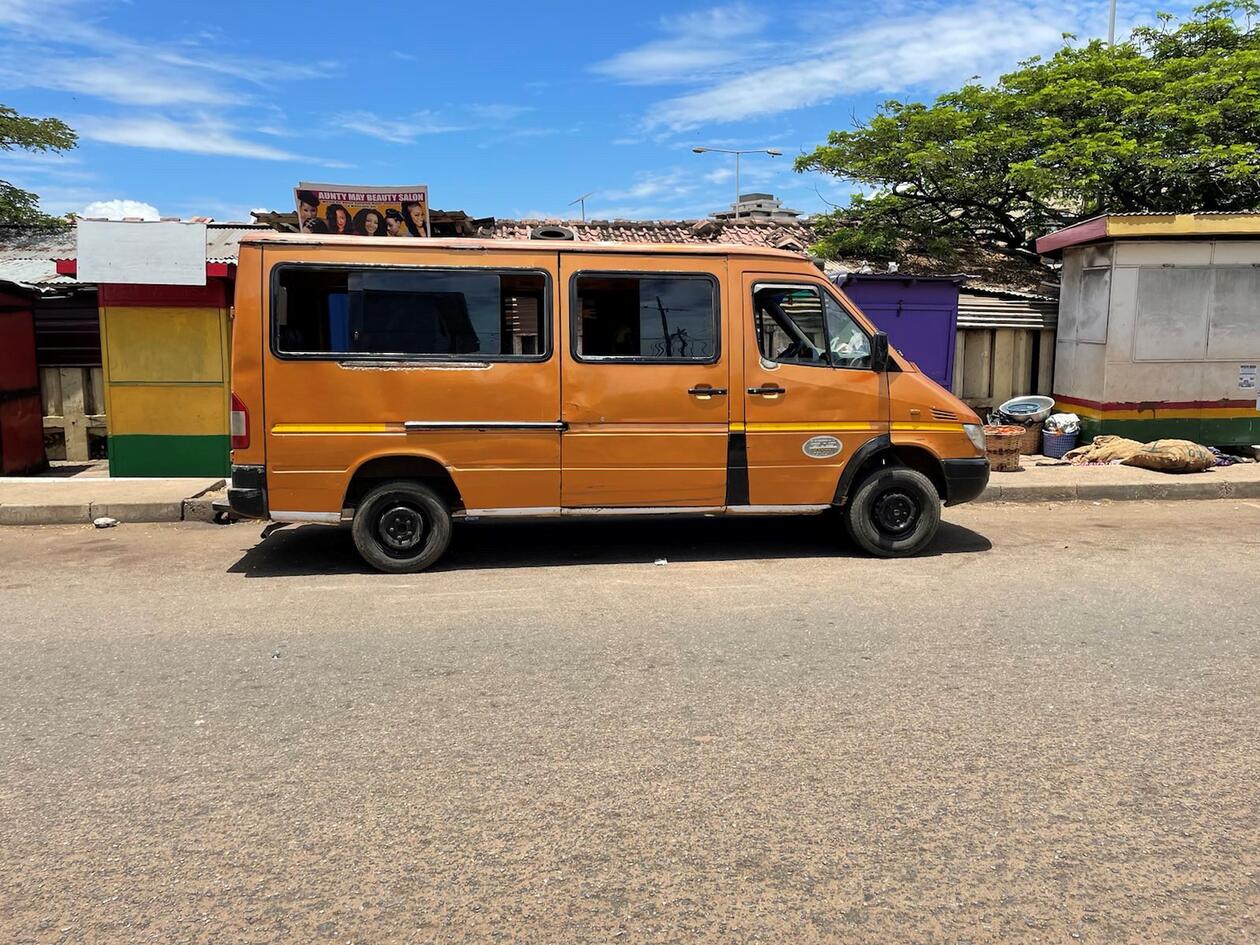