Nine hundred years have passed since Munkeliv Monastery was founded as the first of a total of seven in Bergen. The monasteries were internationally oriented. They contributed to the development of the city and gave Bergen a cosmopolitan character that it has retained up to the present time.

At the University Museum, Muséplass 3, you can explore this fascinating theme, and in the 2011 Yearbook of the University Museum of Bergen, you can read ( in Norwegian) the whole story authored by archaeologist Alf Tore Hommedal. The 2011 Yearbook can be purchased for NOK 150.00 from our online shop i nettbutikken, or in the museum shops museumsbutikken at Haakon Sheteligspl 10 and Muséplass 3. 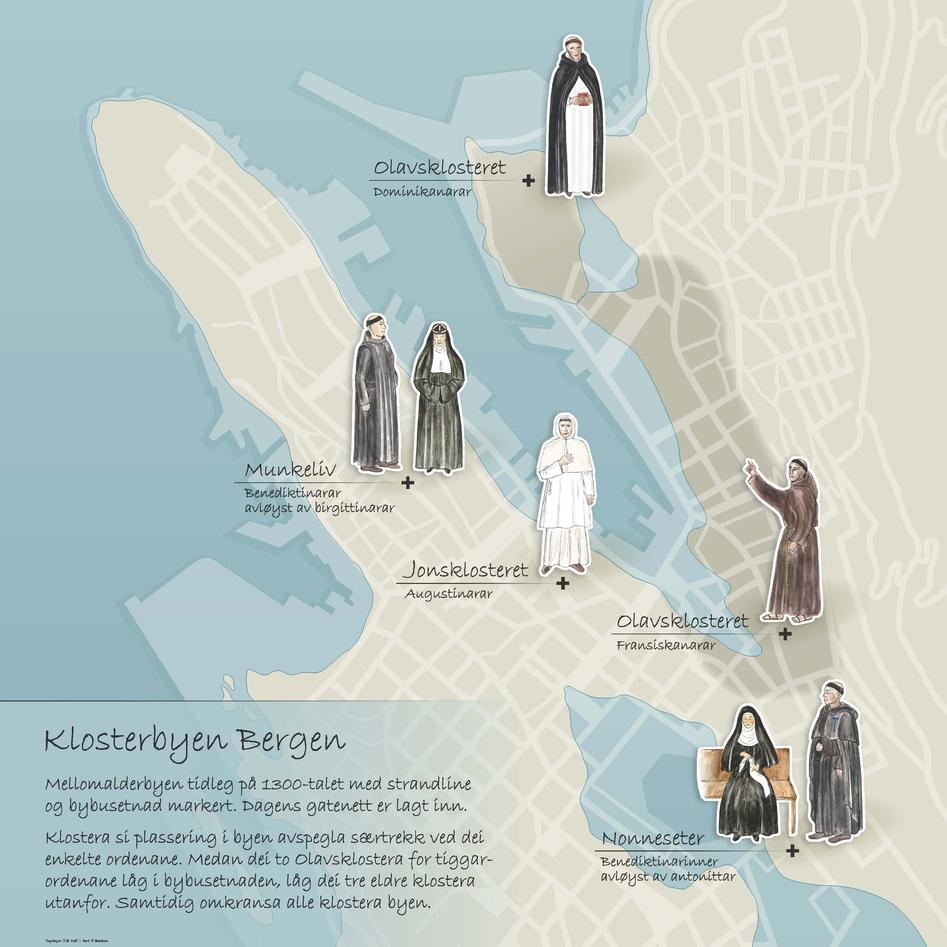