The paper presents the 2008 discovery of Loki’s Castle, the most northerly identified black smoker yet identified, and its unique vent fauna.

Written by a team of CGB researchers including Rolf B. Pedersen, Hans Tore Rapp, and Ingunn H. Thorseth, together with PhD students Kristin Flesland and Steffen L. Jørgensen as well as some international colleagues Marvin Lilley, Fernando Barriga, Tamara Baumberger, Gretchen Bernasconi-Green, and Rita Fonseca, the paper clearly documents that there are significant discoveries yet to be made on earth – and scientific “truths” to be overturned.

The Arctic Mid-Ocean Ridges (AMOR) represent one of the most slow-spreading ridge systems on Earth.  Previous attempts to locate hydrothermal vent fields and unravel the nature of venting as well as the provenance of vent fauna at this insular, northern termination of the global ridge system have been unsuccessful.  Here we report the first discovery of a black smoker vent field at the AMOR. The field is located on the crest of an axial volcanic ridge and is associated with an unusual large hydrothermal deposit documenting that extensive venting and long-lived hydrothermal systems exist at ultraslow spreading ridges despite their strongly reduced volcanic activity. Whereas the reaction zone appears to be located at similar depth as on ridges spreading at much faster rates, a larger proportion of the crust here is cooled convectively due to thinner crust. The vent field hosts a distinct vent fauna that differs from the fauna present to the south along the Mid-Atlantic Ridge. The novel vent fauna seems to have developed by local specialization and by migration of fauna from cold seeps, as well as from the Pacific. The new Arctic vent field provides the first detailed insight into hydrothermal systems at ultraslow spreading ridges, which make up 20% of the global ridge system. The discovery of this Arctic vent field provides a new opportunity to further our understanding of the migration of vent fauna and interactions between different chemosynthetic deep-sea environments.

Read about the research cruise summer 2008

The press release about the find is posted on the InterRidge web site. 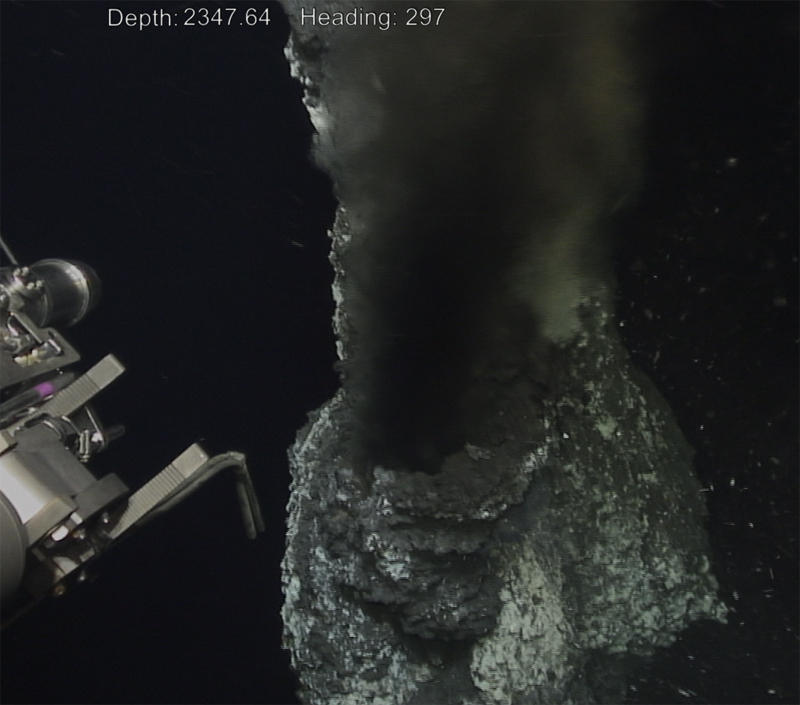 One of the black smoker chimneys in the Loki's Castle field discovered 2008 by CGB researchers.
Photo:
CGB 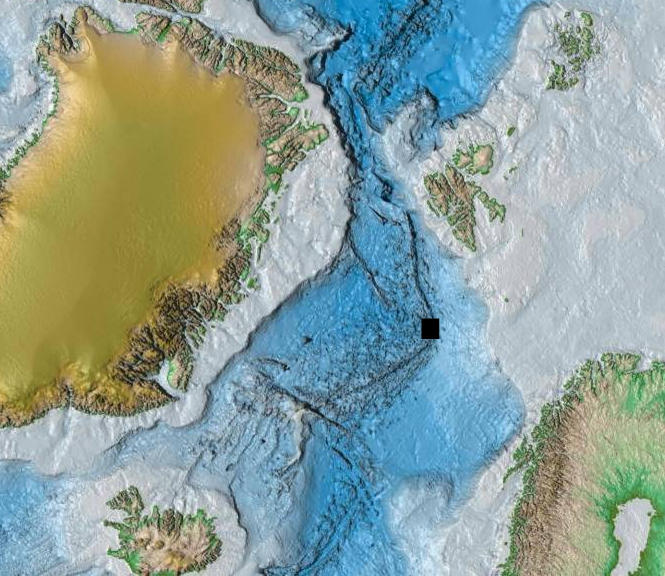