Seeing the Arctic from two sides of the world

Climate change in the Arctic and the Antarctic was the topic when around sixty scientists from Japan and Norway gathered in Bergen this week.

The Japanese-Norwegian meeting attracted scientists from all over Norway and Japan.
Photo:
Ellen Viste

The Bjerknes Centre auditorium was crowded at the opening of two Japanese-Norwegian meetings on Tuesday, one for the Partnership between Norway and Japan for excellent education and research in weather and climate dynamics (NORPAN), the other a symposium organized by the Japan Society for the Promotion of Science (JSPS), the Japanese National Institute of Polar Research (NIPR) and the Bjerknes Centre for Climate Research.

In her welcome address, Julie Christiansen from the Research Council of Norway emphasized the importance of collaboration with Japan as a leading research partner. Japan is in the world front of technological development, and the institutions involved in this cooperation are among the best in Asia.

The NORPAN project, which started last year, provides a platform for exchange and joint training of Norwegian and Japanese graduate students. The main partners in Japan are the Atmosphere and Ocean Research Institute (AORI) and Hisashi Nakamura Laboratory, both affiliated with the University of Tokyo.

Despite Japan’s location around 35 degrees north, the Arctic has been an important research interest for the nation for many years. The Japanese National Institute of Polar Research has had a research station in Ny-Ålesund in Svalbard since 1990.

How climate change in the Arctic may influence the Japanese climate is an important research topic, so far with more questions than answers.

”This way, I can work with both the Japanese and the Norwegian side”, says Fumiaki Ogawa.

Ogawa is a Japanese researcher who came to work at the Bjerknes Centre and Geophysical Institute, University of Bergen two and a half years ago. At the meeting he presented new results concerning the effect of Arctic Sea ice reduction. 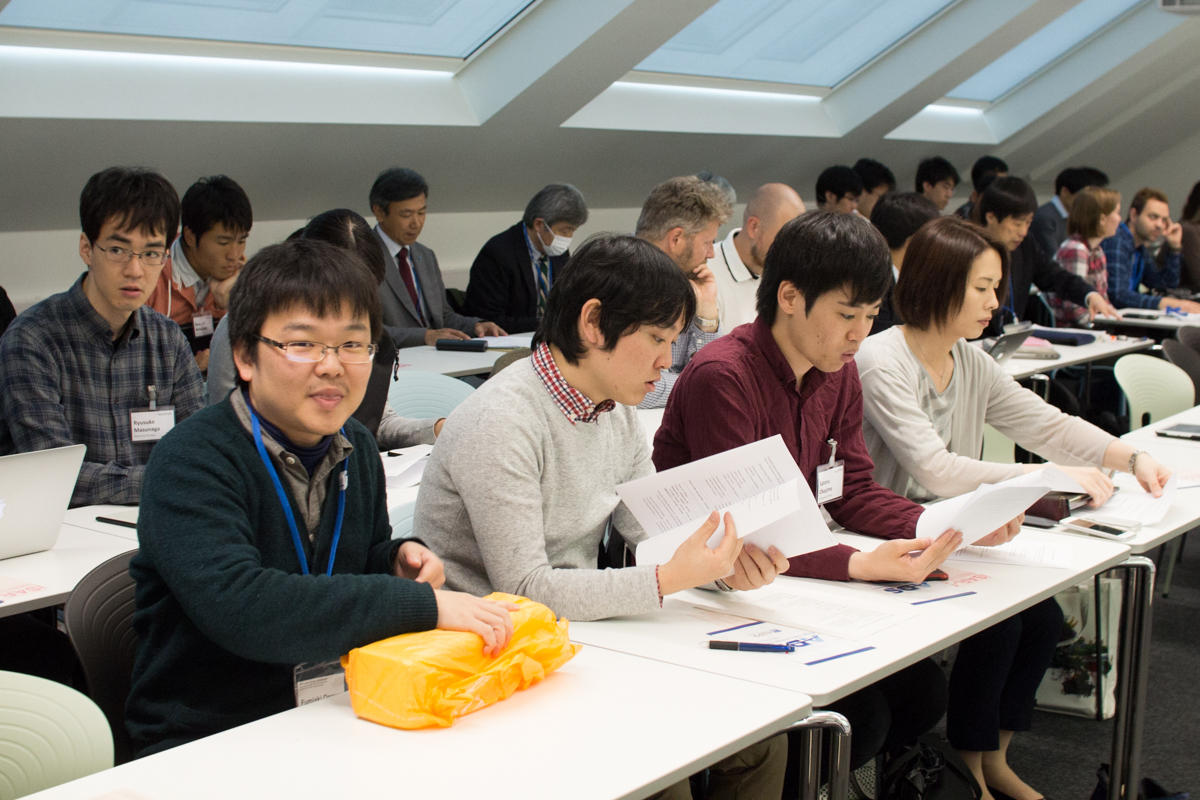 The Bjerknes Centre auditorium was crowded at the opening. Fumiaki Ogawa to the left.
Photo:
Ellen Viste 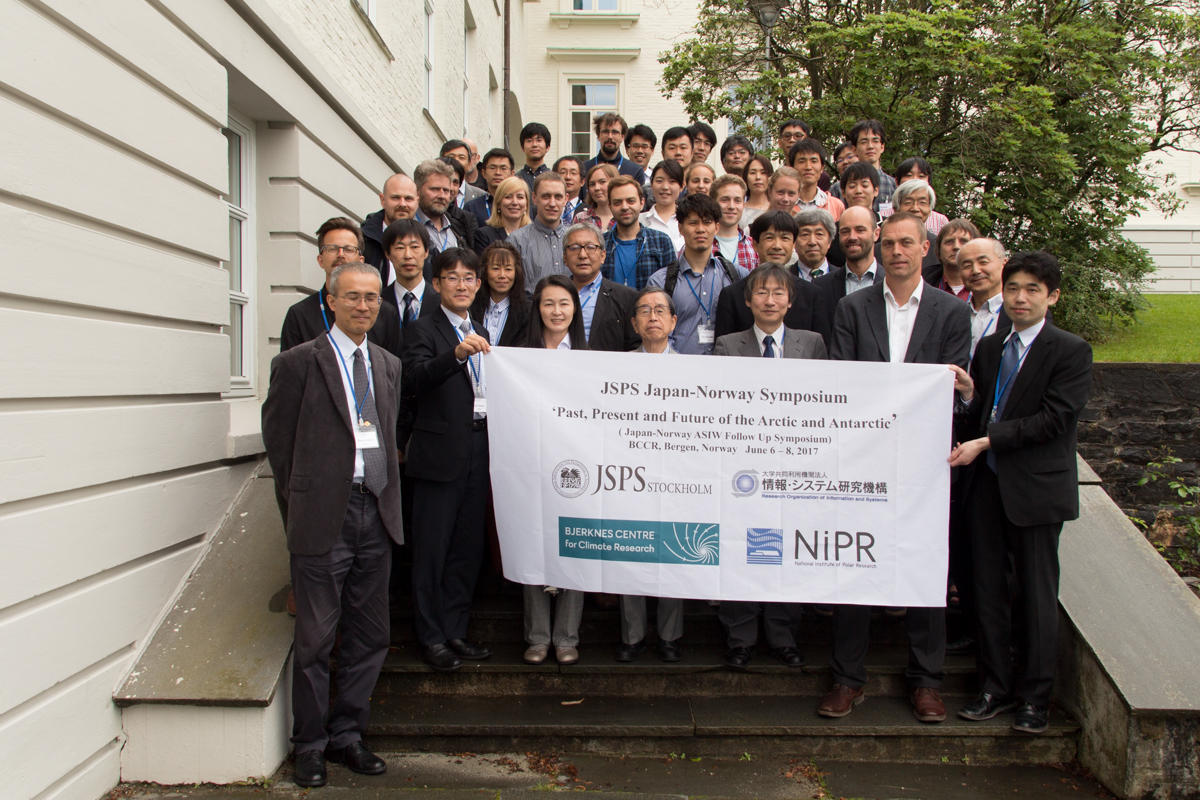 Participants gathered in the garden of the Geophysical Institute and the Bjerknes Centre.
Photo:
Ellen Viste