Book Launch: Migration Control and Access to Welfare: The Precarious Inclusion of Irregular Migrants in Norway

In this seminar Marry-Anne Karlsen, in collaboration with the Centre for Women’s and Gender Research (SKOK), will present her new book ‘Migration Control and Access to Welfare: The Precarious Inclusion of Irregular Migrants in Norway’.

The book draws on in-depth ethnographic fieldwork conducted in Norway and sheds light on ambiguities in the state’s response to irregular migration that simultaneously cut through law, policy, and practice.

In the seminar, Christine Jacobsen will have a conversation will Karlsen.

There will be mingling afterwards, and drinks will be provided.

Marry-Anne Karlsen is a researcher at Centre for Women’s and Gender Research (SKOK). She has a background in human geography and social anthropology. Her research interests cover migration, the welfare state, and border politics. She is currently part of an international research project funded by the RCN, Waiting for an uncertain future: the temporalities of irregular migration (WAIT).

Christine Jacobsen is Professor of Social Anthropology working mainly with questions related to migration and diversity. Her current research uses temporality as an analytical lense to examine power relations and experiences in irregular migration. Based on ethnographic fieldwork with irregularized migrants in Marseille, she is currently writing a monograph with the working title Un/documented lives in Marseille: Temporality, Gender and Migration.

Join us for this book launch at Bergen Global (Jekteviksbakken 31) or participate via Zoom. 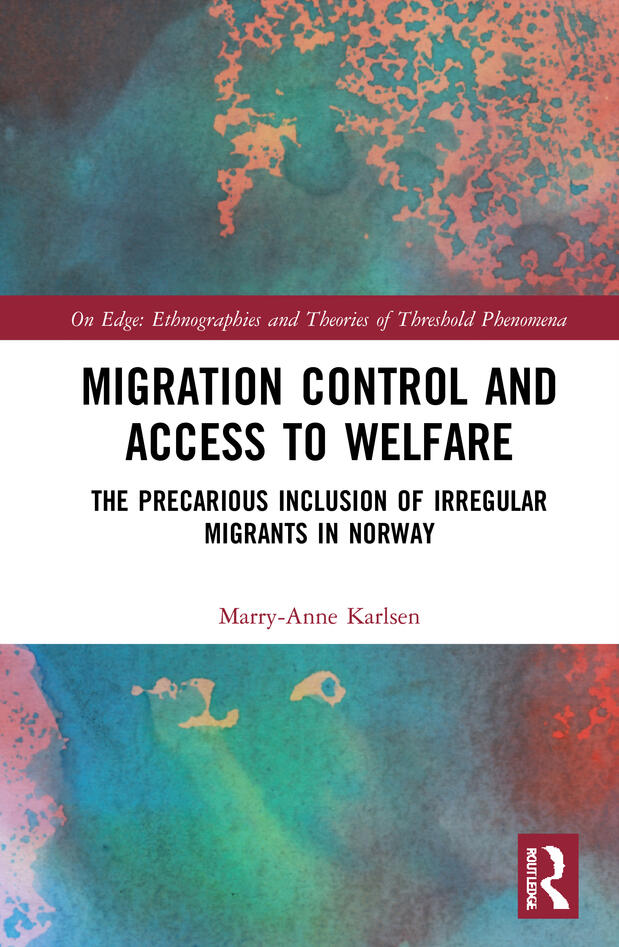