Shouldn’t evidence be a part of decision-making?

Selection of essential medicines in Tanzania is currently based more on experience and subjective criteria than on evidence.

The role of evidence in the decision-making process of selecting essential medicines in developing countries: the case of Tanzania.
Mori AT, Kaale EA, Ngalesoni F, Norheim OF, Robberstad B. (Authors in bold from the Department of Global Health and Primary Care, (UiB)).
PLoS One. 2014 Jan 8, DOI: 10.1371/journal.pone.0084824

Tanzania’s first list of essential medicines, published in 1970's, was among the pioneering influences that contributed to the WHO adopting the idea of an essential medicine programme, and publishing its own list in 1977. This article reports on a study in Tanzania, which considered the processes involved in updating  the 4th edition of Tanzania’s Standard Treatment Guidelines (STG) and National Essential Medicine Lists (published July 2013). PhD candidate Amani Thomas Mori led the work, which considered the criteria that were taken into account in the actual decision-making. The data was based on in-depth interviews with people involved in various roles in the revision process.

The WHO Expert Committee on Selection and Use of Essential Medicines recommends that an evidence-based approach be used when countries decide which medicines should be included in their list of essential medicines . In addition, the WHO makes openly available the scientific evidence used by their own Expert Committee to support  their decisions to enable countries such as Tanzania to gauge the applicability of such evidence in their own settings

Tanzania is a low-income country and its health expenditures break down to about US $ 41 per person per year.  It was therefore interesting for the authors to note that while affordability was one of the criteria considered, cost-effectiveness was not. Cost-effectiveness is considered to be a mandatory criterion in many (higher-income) countries, lowering the risk of adopting ineffective and costly interventions, as well as ensuring that limited health resources are allocated optimally.

The interview data showed that efficacy, safety and availability were other important decision-making criteria used in the decision-making process. Additional factors included international recommendations, such as those from international aid efforts for diseases such as HIV/AIDS, Malaria, TB and leprosy, as well as the information and experience many experts had based on communications and promotions from private pharmaceutical companies.

While the 4th edition includes more relevant information concerning drug use than previous editions, the study has identified areas  that could be improved to increase the quality of future editions of standard treatment guidelines and essential medicine lists in Tanzania.

Today experience and discretionary, or subjective, judgement are the most important factors currently involved in decision-making. The researchers hypothesize that training could increase the use of evidence in decision-making; something that could result in a decreased risk of potentially poor decisions. 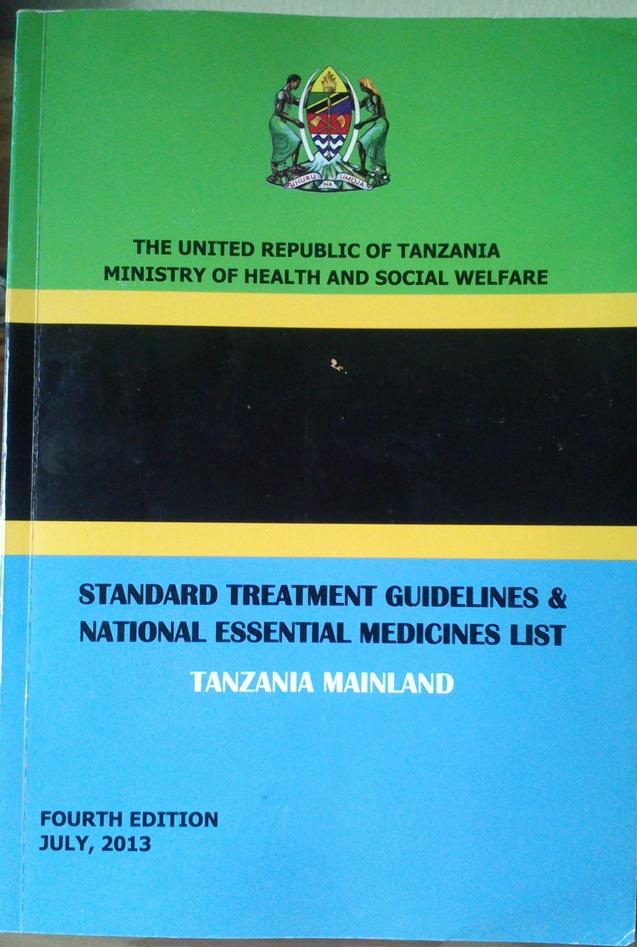