Premature death can be reduced by 40% in 20 years

The period for UNs Millennium Development Goals is about to expire. What should be the focus of new goals? What has proved to be a success? In a new study published in Lancet an international group of researchers suggest specific targets in addition to the broader UN health goal.

The UN Millennium Goals managed to successfully engage national leaders. What should be the focus of the new goals?

In the study, the researchers claim that most countries could avoid 40 % of all premature deaths in the next 20-year-period. The number of people dying before they are 50 could be halved, and a third of the deaths at ages 50-69 could be avoided for the period 2010-2030.

Great results from the Millennium Develepment Goals
Professor at the Department of global public health and primary care,University of Bergen Ole Frithjof Norheim, is the first author of the study. He explains that the study is based on mortality changes during the first decade of the century (2000-2010). Worldwide, child mortality fell by one-third worldwide, helped by the Millennium Development Goal of a two-thirds reduction in 25 years. In the same period premature deaths among adults fell by one-sixth, helped by the Millennium Development Goals of reducing HIV/TB and maternal mortality. With expanded international efforts against a wider range of causes, these rates of decrease could accelerate.

Inevitable deaths and deaths that can be avoided
“Death in old age is inevitable, but death before old age is not,” said co-author Richard Peto, professor of medical statistics at the University of Oxford, UK. “In all major countries, except where the effects of HIV or political disturbances predominated, the risk of premature death has been decreasing, and it will fall faster if we take the big causes more seriously.”

UN: Sustainable Development Goals
The United Nations General Assembly at its September meeting in New York is discussing 17 Sustainable Development Goals for 2016-2030 to replace the Millennium Development Goals that expire at the end of 2015. The health goal (number 3) is “Ensure healthy lives and promote well-being for all at all ages”. The researchers writing today in The Lancet want that goal to be accompanied by a specific target of “Avoid in each country 40 per cent of all premature deaths (ie, of the under-70 deaths that would be seen in the 2030 population at 2010 death rates).”

Their 40 per cent reduction from 2010 to 2030 in deaths before age 70 involves reductions of two-thirds in the causes already being targeted by the Millennium Development Goals and one-third in other causes of premature death, such as non-communicable diseases and injuries.

Increase the taxes on tobacco?
“The most important cause of non-communicable disease is tobacco, and one of the key determinants of smoking is the price of cigarettes,” said co-author Prabhat Jha, director of the Centre for Global Health Research in St Michael’s Hospital, Toronto. “The World Health Organisation is calling for a 30 per cent reduction in smoking by 2025, and in many countries major increases in excise taxes that double the price of cigarettes are still possible. Such an increase would reduce smoking by about a third, but would increase the Government tax take from smoking by about a third.”

Accelerating the progress
The most striking change during 2000-2010 was a two-thirds reduction in childhood deaths from the diseases now controlled by vaccination (diphtheria, pertussis, tetanus, polio and measles), showing what targeted international efforts can achieve.

With political commitment and sustained efforts to improve health, the current rate of decline in premature death can be further accelerated. “We conclude that a 40 per cent reduction in premature deaths is realistic in each country where mortality in 2030 is not dominated by new epidemics, political disturbances or disasters” says Professor Norheim.

In a linked Comment in the Lancet, the Norwegian Ministers of Foreign Affairs and of Health jointly wrote: “The simplicity of this approach is beautiful. Following this pattern, we could develop a tool to measure convergence in health globally, in line with the principle of universality to which we are all committed.”

Read the study entitled Avoiding 40% of the premature deaths in each country, 2010–30: review of national mortality trends to help quantify the UN Sustainable Development Goal for health here.

This study received funding from the UK Medical Research Council, the Norwegian Agency for Development Co-operation, the University of Toronto Centre for Global Health Research, and the Bill and Melinda Gates Foundation. 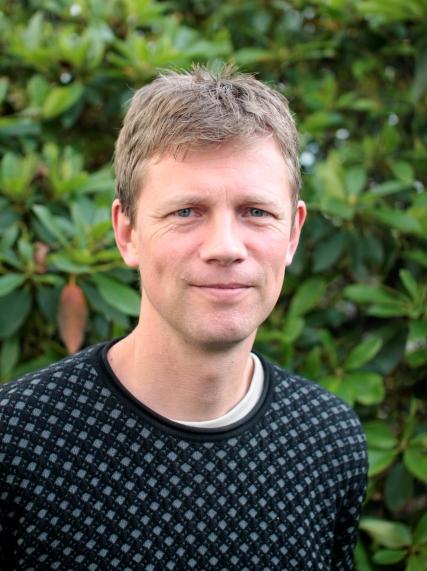 Ole Frithjof Norheim is the first author of the study that was published in the Lancet on 19th of September.
Photo:
Walter Wehus

The Lancet is one of the most recognized medical journals.