Students in the Master in Media and Interaction Design programme at UiB in Media City Bergen presented their artificial speech prototypes. The result is: Robot Buddy, Easysleep, Masebotten and Albert the kitchen assistant.

The students have learnt from the Media City Bergen cluster partner CaptureFM, with Espen Systad and Tor Langballe as technical teachers. The prototypes are developed as part of the first-semester course Media Technology: Theory and Development (MIX301)

- These are curious prototypes that give insights into future opportunities. It is an intellectually demanding course. Students both develop technology and analyze these technologies. Usually it is either or, professor Nyre points out.

The prototypes form the basis for academic analyses. The course is therefore as theoretical as it is practical. In the analyzes, students try to describe the potential of these intelligent agents based on design theory, phenomenology and intelligence theory.

- Word comprehension, speed of processing, word retrieval, and numerical calculations are often considered as measurements of intelligence, but despite these qualitites machines are not "conscious». They are not "self-conscious», but could they become so in the future? asks Nyre.

Four intelligent agents that show direction and say something about machine behavior in the future.

- All robots found today are quite bad at having a conversation with you. They do not always say when they do not understand what you are saying.

Rikard made a robot to play "20 questions" with. Once you've used up your 20 questions, Robot Buddy gives you hints so that you can better handle the challenge.

- If I were to further develop the concept further, it will be in the direction of constructing a conversation partner. It would have to have a camera to pick up body language, which is important in terms of communication. The robot should be able to become a "friend", who understands what it means through body language, facial expressions and what you answer. But it is far ahead in time.

Petter designed an app to help you and your child fall asleep. Initially, the app helps play so-called "white noise" whenever you want it. You start it by saying you can not sleep, and the app suggests which audio types to play. If you still can not sleep, you can tell it to the app and it will give you other suggestions for sounds.

- There are already many such sleep aiding technologies, so I would develop it in a slightly different way. I thought: - What about a parental «substitute»? Can an app make the parents redundant?, asks Omdal. The aim of the app is therefore to be a personal care assistant. It should be able to react when the child is uneasy and take measures to make the child sleep again.

"It's almost a scary perspective, that you can replace as much with one app," commented professor Nyre.

- I really came across the idea the day before we pitched our suggestions. I thought, "How can I prevent postponing things for so long?. Then I came to think of Masebotten, says Jacobsen.

You tell the app a task you have, for example: "Add project description, with deadline December 12". The app makes a plan for you and then the app starts to remind you: "Have you done something today?". If you say no, the app tells you that you have to get a little done tomorrow. The closer you get, and the less you've done, the more intense the hassle becomes. "Have you worked today?", "No". «You have to get up to speed now. The deadline is in five days. Are you aware of that? ".

The prototype can be developed so that it understands when it is wise to wait. For example, if you are on training every Tuesday afternoon, the app will understand that this is not the time to remind.

Linn's app starts with a fairly simple kitchen assistant, Albert, who can help you with tips for dinner without having to go through websites such as, for example, MatPrat. Once you have chosen what you want for dinner, the app will help you read the recipe in real-time and inform you, for example, whether eggs should be room-tempered or you should add water.

You can also add your own suggestions in the recipe, such as: "There was a little too much of chili, take a little less next time" and then you will get this suggestion the next time you use the recipe. Albert will also be able to tell where ingredients are in the kitchen, generate shopping lists that are coordinated with which items one already has, as well as make suggestions for recipes with ingredients that will soon expire.

Master in Media and Interaction Design

The Master in Media and Interaction Design is taught in English from 2019. The programme is about designing and developing engaging technological solutions for media use and media production. This will enable you to construct new media prototypes, and evaluate user experiences to both media producers and media users.

- A course for first-semester students on the Master in Media and Interaction Design that integrates theory and practice.

- Students get critical and creative knowledge of advanced media technology concepts and systems.

- Students will be able to challenge the way technology is used today, through theoretical insights and practical exercises.

The Master in Media and Interaction Design programme is located at UiB in Media City Bergen, a knowledge and industry cluster, in which the University of Bergen is co-located with media and media technology companies such as TV2, NRK, Vizrt, Bergens Tidende, Mediability and Vimond. The programme is theoretically rooted in media studies, interaction design and communication theory and gives students a unique proximity to the media industry. 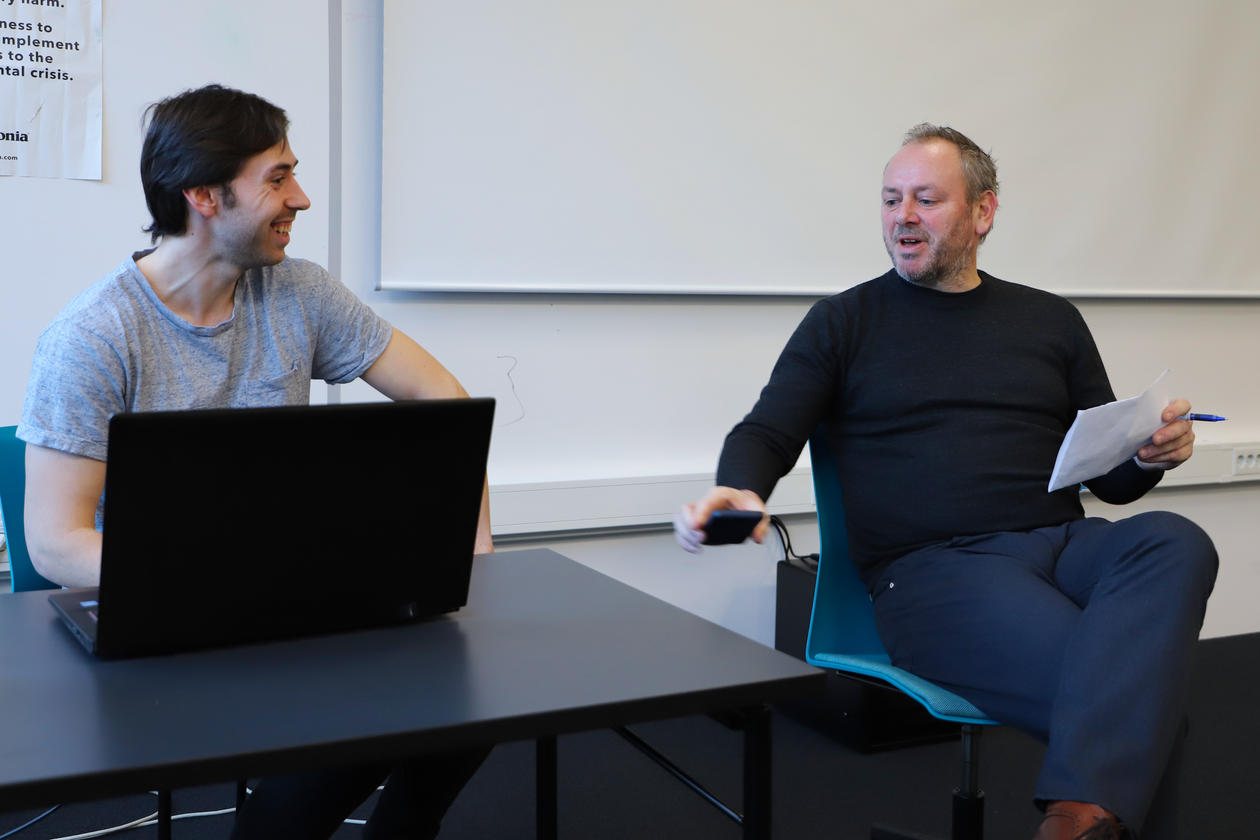 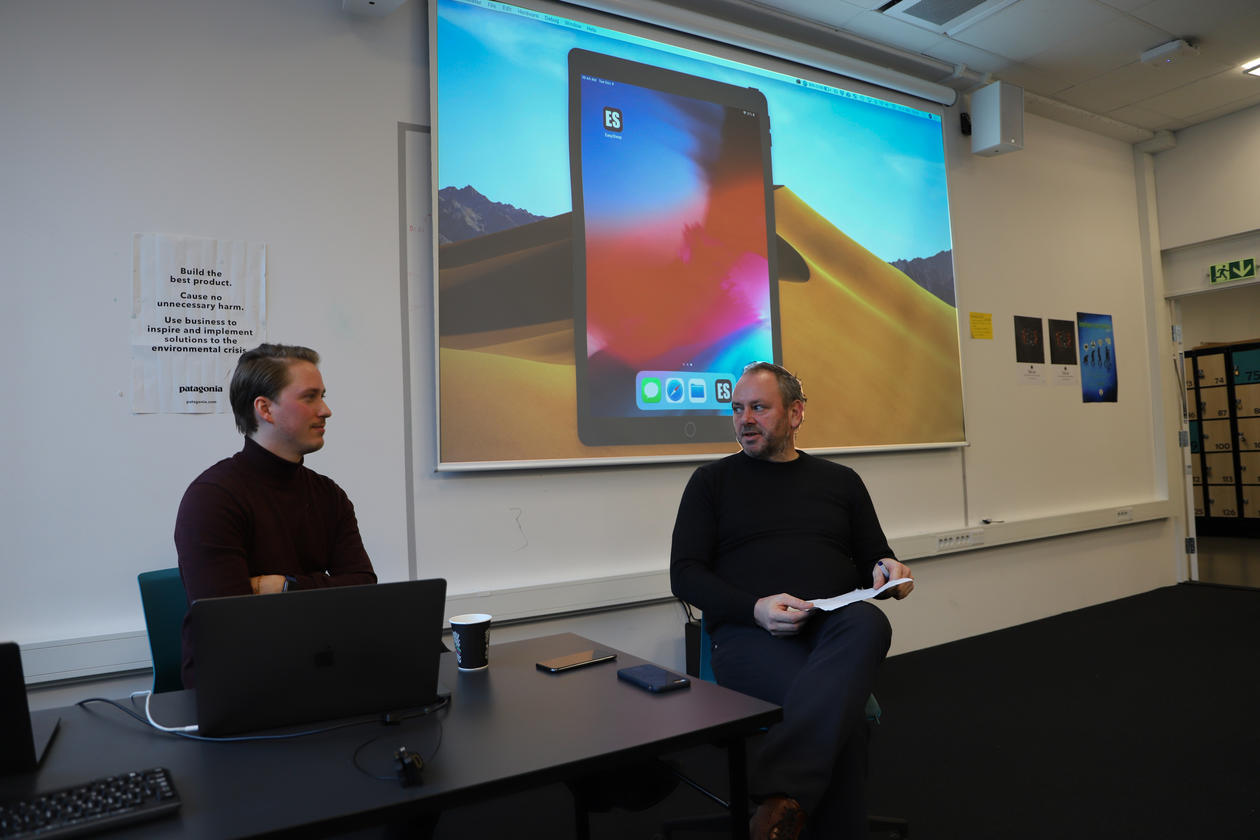 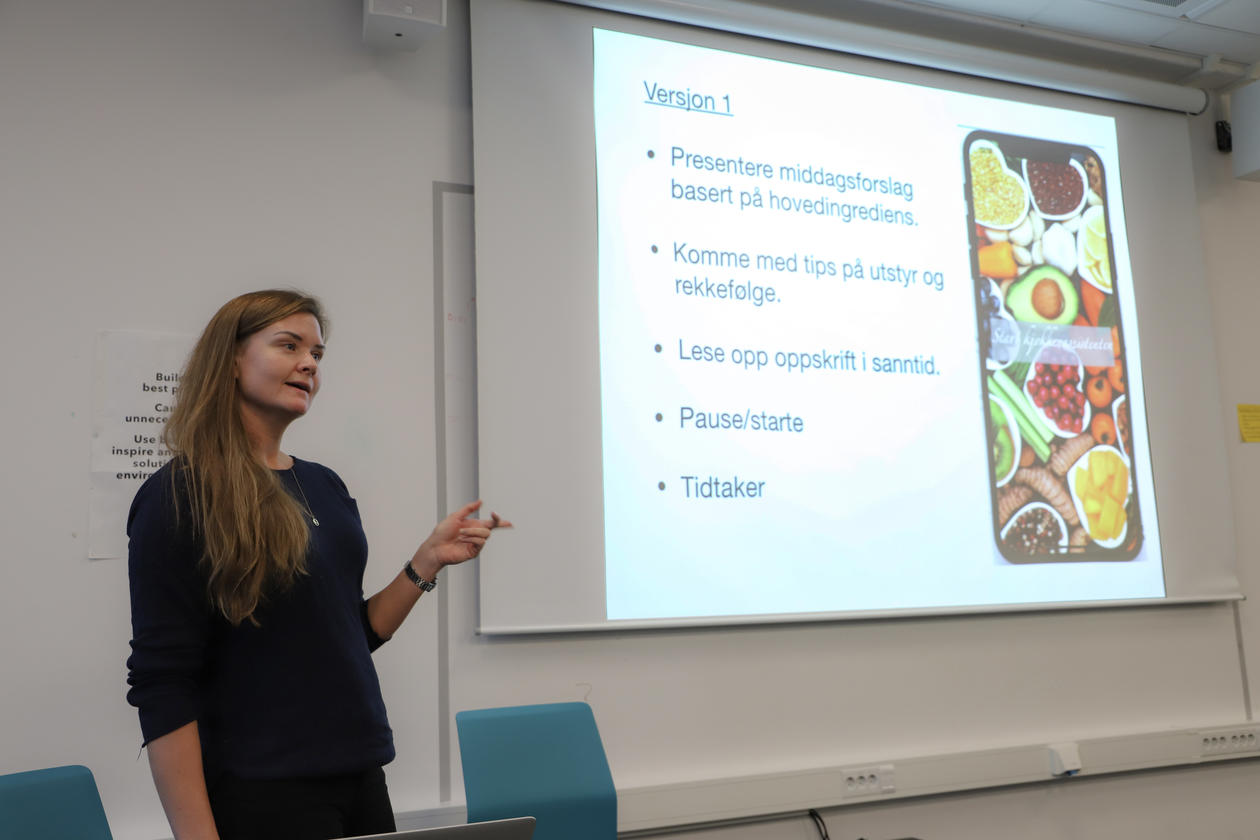