Photothermal effects can have a positive impact both on society and sustainability. Professor Naomi Halas sheds light on the field of plasmonics in her Horizon lecture.

Metallic nanoparticles, used since antiquity to impart intense, vibrant color into materials, then brought to scientific attention in the 19th century as “Faraday’s colloid”, have more recently become a central tool in the nanoscale manipulation of light.

While the scientific foundation of this field has been built on nanoparticles consisting of noble and coinage metals, more recently we have begun to question whether the same, or similar properties can also be realized in more sustainable materials.  Aluminum, the most abundant metal on our planet, can support high-quality plasmonic properties spanning the UV-to-IR region of the spectrum.

Coupling a plasmonic nanoantenna directly to catalytic nanoparticles  transforms the entire complex into an efficient light-controlled catalyst capable of driving chemical reactions under surprisingly mild, low temperature conditions. Nanoscale graphene, when reduced to the molecular limit, sustains many plasmonic properties but introduces new ones such as single-electron color switching, which can be utilized in unique electrochromic devices.

We have previously introduced photothermal effects for biomedical therapeutics; now, years after their initial demonstration, this approach is being utilized in human trials for the precise and highly localized ablation of cancerous regions of the prostate, eliminating the highly deleterious side effects characteristic of conventional prostate cancer therapies.  Photothermal effects can also be harvested for sustainability applications, which we have most recently demonstrated in an off-grid solar thermal desalination system that transforms membrane distillation into a scalable water purification process.

Light refreshments will be served before the lecture, which starts at 16.15 pm on Thursday 24 of May in  Egget, The Student Centre, Parkveien 1 (please note new location!). Everybody is welcome!

Professor Naomi Halas is one of the pioneering researchers in the field of plasmonics, creating the concept of the “tunable plasmon” and inventing a family of nanoparticles with resonances spanning the visible and infrared regions of the spectrum.

She pursues fundamental studies of coupled plasmonic systems as well as applications of plasmonics in biomedicine, optoelectronics, chemical sensing, photocatalysis, and most recently in solar energy, with a novel solar steam technology.

Interested in upcoming Horizon lectures? Send an e-mail to Asbjørn Leirvåg to receive information by e-mail in advance of lectures or join us on Facebook. 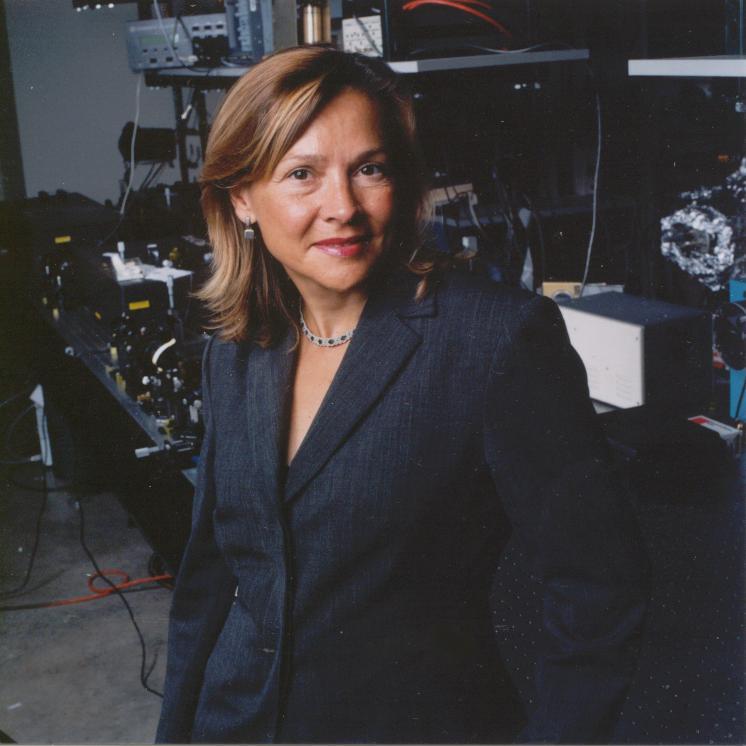