Media, Markets & Public Spheres presents an overview of changes in the European public spheres over the last fifty years as well as in-depth analyses of structural changes in press and broadcasting, changing relations between media, changes in media policies and media history as record of cultural change.

The book is based on the project Changing Media, Changing Europe and edited by Jostein Gripsrud and Lennart Weibull. With a rare comparative perspective, both across nation states and across decades of European history, this book explores how and why the media decisively influence most social areas, from the socialization of children to the workings of the economy.

Compiled by a team of leading media researchers from ten countries, Media, Markets & Public Spheres will be useful to students in media and communication studies, and European studies, as well as for those studying sociology and political science.

Jostein Gripsrud is professor at the Department of Information Science and Media Studies. Professor Peter Larsen at the department also contributes in the volume.

The public reception of early television: When television was new in the Nordic countries - Taisto Hujanen & Lennart Weibull

Televisualization of the popular press: An eye-catching trend of the late twentieth century’s media - Juha Herkman

Changing media and public sphere in Turkey: The role of the state, market and the EU candidacy - Mine Gencel Bek

Fakty vs. Wiadomości: On competition and confusion in Polish TV news - Wieslaw Godzic

Celebrity culture and the public sphere: The tabloidization of power - Graham Murdock 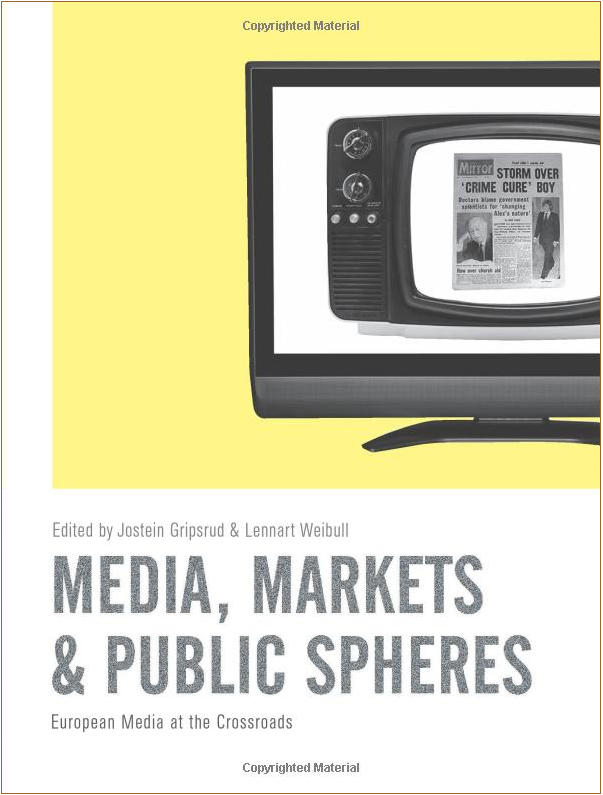