Muriaas: Local Perspectives on the 'Neutrality' of Traditional Authorities in Malawi, South Africa and Uganda

Traditional authorities were recognised and revitalised in several African countries in the 1990s. Based on conventional perceptions of the nature of traditional rule it is regarded as unethical for traditional leaders to be partisan. Policies which specified the political neutrality of traditional institutions were therefore adopted in Malawi, South Africa and Uganda. The responses of 423 local actors, examined in historical, comparative perspective, reveal how the requirement that traditional leaders be neutral contributes to the pull towards the incumbent party in these countries. 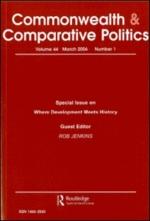