Read his field report on their experience of waiting and the effects that prolonged waiting has on asylum seekers:

Understanding the experience of waiting

These are the words of Mohsen, a 37 year old man from Iran who has been waiting to get asylum in Sweden since 2011:

I go to the library every day to use internet. I fill my days like this. When the library is closed I don’t know what to do. This waiting has made me depressed. Before I was a happy man but now I use anti-depressants. Waiting is exhausting. It is difficult to describe such a long waiting. You should experience it to understand what I mean. Waiting can kill you, especially when you do not know how long your waiting will last.

Mohsen emphasized twice that it was difficult to describe ‘waiting’ for me. He believed that it should be experienced in order to understand what prolonged waiting really means. “You can’t understand it if you have not experienced it yourself.” I have heard this often when asking people about their waiting for asylum that might last for years. The anthropologist Clifford Geertz has said that we cannot live other people’s lives, and we should not try to either. A researcher’s job is a matter of “scratching surfaces” (Geertz, 1986). Thus, I scratch the surface and try to understand. However, sometimes I wonder if I ever will be able to.

We can measure waiting. We can calculate and reach a number of days, weeks, or years that one has waited. But how can we understand what these days, weeks, or years meant for that person? There are two different approaches to waiting in this context. On the one hand, migrants' waiting is measured in days and is calculated in expenses, and is a constant topic for politicians who want to reduce the public expenditures by making waiting shorter. On the other hand, waiting is measured by migrants themselves in terms of the loss: families split, collapses of social networks, losses of time, and losses of unique moments in life, such as youth, pregnancy, education, or building a family. How can we measure and assess these senses of loss, of being lost?

The effects of prolonged waiting

The current global refugee crisis is not only characterized by an increasing number of refugees, it is also characterized by the fact that the average time of being a refugee has increased from 9 years in 1996 to 20 years in 2015. In Sweden, the several-fold increase of asylum seekers in 2015 and 2016 resulted in longer waiting periods for a decision on the status of people seeking asylum. The average time for the initial asylum decision in Sweden has increased 3 times from 108 days in 2012 to 328 days in 2016. The prognosis for the turnaround of asylum cases in 2017 is currently 450 days.

The Swedish Migration Board aims to make the waiting time a ‘meaningful waiting’. Meaningful waiting for asylum seekers, according to Migrationsverket, is to provide asylum seekers with support and prepare them for integration in the Swedish society in case they gain a permit to stay, and for reintegration in the country of origin in case of deportation. However, prolonged waiting works against these goals. For deportees, long periods of stay in Sweden make the re-adaptation to the country of origin difficult, particularly for young people who have spent their formative years here. Long waiting means making links to the Swedish society, therefore deportation is experienced by many deportees as forced exile.

Similarly, prolonged waiting acts as an obstacle to subsequent integration in Swedish society. Feelings of being kept in a state of waiting for a longer period of time, separated from one’s family and outside the regular and formal labour market, generates a sense of mistrust; a state of suspicion towards the Swedish authorities. Long waiting damages asylum seekers’ relation both to Sweden and to the country of origin. This is only one of the many ‘waitings’ migrants struggle with. After this waiting, either staying or deported, the next waiting starts. 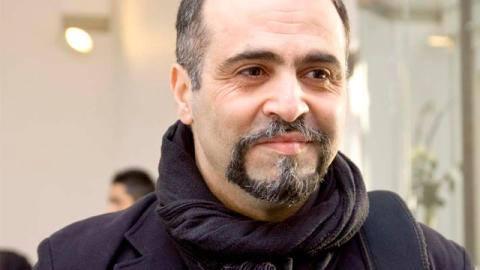