Waiting around? On temporal irregularity and im/mobility among Afghans within Europe

Read the newest blog entry from PhD candidate Halvar A. Kjærre on his research amongst Afghans in Europe.

While most of the research in the WAIT project has focused on specific sites, cities or migratory hubs, the fieldwork I have conducted for my PhD dissertation applies a mobile approach. More precisely, I have followed the trajectories of Afghans who have received a negative decision on their asylum application in Norway. Following their mobile lives over time, but also through temporalities, their trajectories have brought me to several European countries.

An early afternoon in January 2016 I arrived at the Termini railway station in Rome to catch up with Aziz, a young Afghan whom I first met in Norway in 2009. While I was waiting for him, I sat down on a bench inside the Termini building where I reflected on how each side of this gigantic monument of modern mobility (see picture) was characterized by distinct, yet interrelated spheres of mobility. To the north, there was a hectic business district, taxis and people with suitcases characteristic of more privileged forms of mobility. To the south, a so-called “migrant neighborhood” that served as a migratory hub for more precarious forms of mobility. In this area many Afghans, including those who had formerly applied for asylum in Norway, often met in the Vittorio Emanuel park where they waited for documents, job opportunities, or “a chance” to go to other European countries (again). In this area they could also find some of the organizations that most of them depended on, and, if they could afford it, they could also buy the Afghan food and phone cards that they highly appreciated. Since not all of them were offered a bed in an asylum camp or a night shelter, some were also sleeping in the streets in this area. Others rented apartments or stayed with friends, but came to the park in order to meet other Afghans, to wait or to “kill time” as they often put it.

The sphere of precarious mobility my interlocutors were a part of, however, were not only to be found around nodes of public transportation in Rome. It was also found around nodes of public transportation in Paris, Athens and other places my Afghan interlocutors brought me to.  While their opportunities to access the forms of nearby transportation were often limited due to a number of social, economic and legal precarities, the places were simultaneously connected through forms of mobility that occurred despite such limitations.

Since Aziz was running late to our appointment this day, I continued to reflect that what made these spheres distinct from each other was not only a matter of access or legality. They were also distinct in a more profound way as they severely shaped my interlocutors experiences of time. Simultaneously, these forms of mobility were temporally intertwined since the privileged mobilities often set rigid temporal norms and standards of punctuality and speed that it was difficult for people like Aziz to follow.

For Aziz, time was problematic in several ways. First, he often explained to me that time was something that he had too much of and that life was mostly about waiting. Second, he complained, to be “on time” was difficult, not only because of the constant delays in Rome’s public transport, but also because he did not have money to access it. In general, time was problematic because he was not able to fulfill the (temporal) expectations that other people/actors had to him.

In the WAIT project, researchers have discussed the importance of being in sync with the worlds we navigate to live a good life. What Aziz expressed, I believe, was a bottomless feeling of being out of sync with the temporal requirements that governed the social life around him. Since he was not able to access work and did not have an income, he was out of sync with temporal requirements of what it meant to be a good, productive citizen. As he explained to me, he was also unable to keep up with expectations from his family who wanted him to get education, find a job, send money and to get married (the temporal requirements to his life-course). Simultaneously, the institutions and organizations he engaged with produced strict time-schedules that made it almost impossible to connect with what he saw as the “normal life” around him. He explained:

“Do you know what we call these places we go to?... We name them by the time…. We say things like “meet you at two o´clock, or we are there at six o´clock”… Yek o nim (One thirty in Dari) is the Chai khane (Tea House in Dari = an organization he often went to)”.

“It is because they open at this time… This is how our life is… Normal people take a shower in their own house, but we have to cross from one side of the city to another just in order to get a hot shower, we walk, and we wait, and then we walk again”.

Since many of the places Aziz needed to go were located far away from the city center, he also had to overcome distance to deal with time. He was forced into mobility.

Temporal Irregularity
I suggest that temporal irregularity is a useful term to account for the complexity and elusiveness of the temporalities that are embedded in the im/mobility of the Afghans I follow. Temporal irregularity, as I depict it, is not mere waitinghood. It can however be viewed as the temporal dimension of social precarity. It is always experienced as relative to strict temporal requirements that are given by other social actors/processes. As such, it is temporal in its own right as it is not always socially significant but only occurs when people are required to live up to hegemonic temporalities that are set by others, but not provided with the means to do so. For this reason temporal irregularity is strongly related to experiences of otherness and failure. Still, it varies in intensity form.

In a former WAIT blog post, Mary-Anne Karlsen wrote about rejected asylum seekers in Norway who have lived in the country for as long as 20 years without any opportunity to regularize. This is one form that temporal irregularity may take. The “migrants” Karlsen have followed are entitled to few rights in Norway and they are seen as unwanted by the authorities. A term that is used to characterize such migrants in Norway is “lengeværende” (“long stayers”). For the authorities, such “long stayers” are discursively depicted as people who do not cooperate. They may experience themselves that their lives are put on hold, but they also make border police wait and migration officials impatient since they are difficult to deport and labeled as so-called “ureturnerbare” (“unreturnables”). Their presence is seen as problematic due to their immobility.

Temporal irregularity and im/mobility
As opposed to “long stayers”, the Afghans I have followed may be characterized as long-term travellers. Their journey may include prolonged periods without legalized residency in Norway. Most do however leave Norway as they are subjected to a high degree of deportability. In Europe they are labeled as “secondary migrants”, “asylum shoppers” or “asylum abusers” and depicted as problematic to European authorities due to their mobility rather than their immobility. Most are able to achieve various forms of temporary permissions. However, in many cases it is the temporariness of these permissions that often throw them back into mobility.

The production of mobility
The forms of mobility my interlocutors engage in are sometimes referred to as hyper-mobility. This term is however misleading since the speed of such journeys are mostly slow. As illustrated above, the journeys I follow are often characterized by long periods of immobility and waiting. To move from one place to another may sometimes imply years of delay. Simultaneously, the mobility embedded in the lives of Afghans (perhaps we should call them “itinerants”) indicates that waiting cannot be understood as stuckness, passivity or stillness. A better way to conceive of their situation, is to see their journeys as accelerated, re-directed, slowed down, suspended, disrupted, speeded up and delayed by a European migration and border regime that has a contradictory character and operates at several levels. This regime also divides their life-course into distinct sequences through the production of a number of legal statuses. We need to address how such mobilities are produced.

After being denied asylum in Norway in 2009, Aziz barely escaped the immigration police who came to deport him to Afghanistan (a country in which he had never lived). A few months later he travelled to Italy where he had been granted a 3-year subsidiary permission. He then traveled towards England, but after a long time in Calais he gave up and went to Paris to apply for asylum. Since he already had a permission to stay in Italy, Aziz was regarded as a tourist who had overstayed his visa in France. Aziz was consequentially deported back to Italy, but since asylum camps in Italy were only offered to new asylum seekers and limited to 6 months stay, he was not offered a place inside. For this reason he chose to leave again to look for a job in Germany. In Germany, his stay as a visitor for 3 months could have been legalized if he had enough money to support himself. However, Aziz was out of money and stayed in an official asylum camp together with some friends. At the same time he also found that he needed to go back to Italy to renew his permission.

When I met Aziz in 2016 he was back in Italy to renew his documents. At the time of writing this piece, however, he is in Sweden where he is applying for a permission to work. When I spoke to him (Autumn 2018), he said that going to Italy felt like going (temporally) backwards in his life, and that he hoped he did not have to go there again, but he also said that it was better than being deported to Afghanistan. 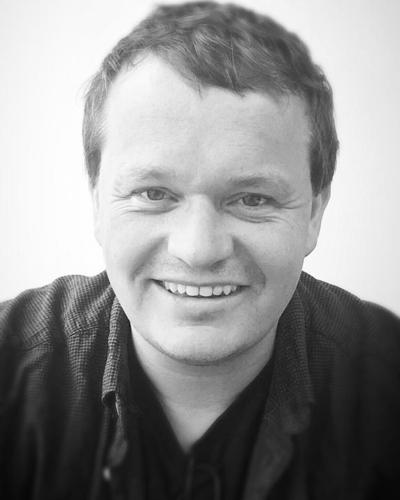