This three year long project is funded by the Financial Market Fund and led by Professor Halvard Haukeland Fredriksen. The project seeks to map and assess strengths and weaknesses with Norway’s legal affiliation to the European System of Financial Supervision from different perspectives.

The project is funded by The Financial Market Fund (Finansmarkedsfondet), and is led by Professor Halvard Haukeland Fredriksen. Postdoctoral Research Fellow, Ingrid Margrethe Halvorsen Barlund, has been appointed to take part in the project. She will seek to identity and then examine the most important issues from a Norwegian perspective with regards to the upcoming revision of the European System of Financial Supervision. At least one workshop and a seminar will be held during the project period, and the aim is to publish three scientific articles. There has so far been recruited two master's students to the project: Magnus Eidem wrote a 60 ECTS master's thesis on access to justice under the EEA/EFTA-states' affiliation to the European System of Financial Supervision in 2017/2018. Marte Dahl Reisæter was later recruited to the project for the period autumn 2019/spring 2020. She wrote a 60 ECTS master’s thesis on access to justice as well. They both received funding from the Faculty’s grant system.

More about the project

The project will examine in depth what will be the most expedient way for Norway, as a member of the EFTA-pillar of the EEA, to be affiliated to the enforcement system of the financial markets in the EU. After the Financial Crisis in 2008, several supranational agencies were established in the EU to supervise the financial markets. Like the European Commission, the EU agencies have competence to regulate and enforce a delimited and defined part of the collaboration within the EU. The agencies’ authority is thus directly derived from secondary law, i.e. the Regulations of the Council, which, in turn, are authorised by primary law and thereby do not have a vertical relationship to the European Commission. The first EU agency was established as early as in 1975, but it was not until the 2000s that the number of EU agencies started to increase in earnest.

After the Financial Crisis, the EU started to develop a regulatory and enforcement system within the field of financial market law due to weaknesses in the existing system. In addition to the European Systemic Risk Board, ESRB, which was established to prevent the recurrence of such a crisis, several agencies were established, including the three supervisory agencies for financial services in the single market: EBA, EIOPA and ESMA. These agencies supervise the banking, insurance and securities sectors. What the three agencies have in common is that the EU has gradually acquired more executive power in relation to the financial markets of Europe, at the same time as national sovereignty within the field of financial market law has become more limited. It is more limited in the sense that national enforcement and regulation have been reduced as a result of the harmonised standards and solutions required by EU law. In the financial markets, these agencies have powers to instruct national financial supervisory authorities and, in certain cases, to completely set them aside through binding decisions directly addressing national market players.

The regulations establishing the ESRB, EBA, EIOPA and ESMA were incorporated into the EEA Agreement in 2016. The Norwegian Parliament, Stortinget, has agreed to Norway's affiliation to these agencies, pursuant to Article 115 of the Norwegian Constitution. Where legally binding decisions directed at Norwegian financial players are made, however, it is ESA that formally makes these decisions in order to ensure compliance with the EEA Agreement. In reality, these decisions have already been drafted by the EU agency from which they originate. This affiliation model demonstrates that the EEA/EFTA is willing to go to great lengths to be part of the financial markets of the EU.

What does the project want to achieve?

For the Norwegian financial industry, access to EU’s single market for financial services is crucial, but this also entails that the EEA/EFTA States find a legally acceptable and sustainable form of affiliation to the EU agencies. This has proven difficult, and there is still a backlog of legal acts in this area that have yet to be dealt with by the EEA Committee.  Moreover, the trend in the EU is that the agencies are being assigned more and more new responsibilities, and hence supranational authority is being strengthened. For the Norwegian authorities and market players, this raises a number of questions that it is necessary to examine more in depth, including whether these are ensured access to justice as part of the EEA/EFTA-pillar and, from a broader perspective, how Norway as member of the EFTA-pillar of the EEA can most expediently be affiliated to the financial markets of the EU. From a broader perspective, the project also seeks to examine how Norway, as part of the EEA/EFTA-pillar, should deal with and address the emergence of EU agencies and the expansion of EU’s administrative system. 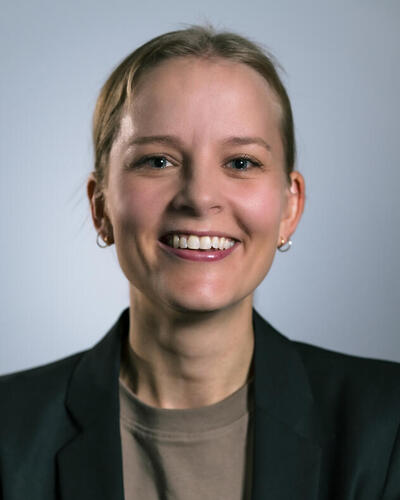