Due to her passion for teaching in Social Pharmacy and the involvement in the Masters Programme in Pharmacy in general, Associate Professor Kjersti Bakken has been honoured with the Generica Award 2011.

Generica is the social association for and by Pharmacy students at the University of Bergen. Every other year since 2005 they have honoured a person who has done an effort to improve the professional and/or social environment for Bergen Pharmacy students.

Since the Centre for Pharmacy was established at the University of Bergen in 2003, Kjersti has both evolved and strengthened the teaching of Social Pharmacy. She introduces the students to the profession from day 1, and guides them through subjects such as ethics, laws, communication and leadership, until they attain their Student Licence 4 years later.

Together with anne Gerd Granås, she was an initiator, author and editor of the first Norwegian textbook in Social Pharmacy, released in 2010. This textbook is now used within all Norwegian colleges and universities which educate Pharmacy students today.

Sadly, this is the last term we get to keep Kjersti as part of our team, as she resign from her position as Associate Professor at the University of Bergen. This will be a great loss for Bergen Pharmacy students (and collegues), but her enthusiasm for Pharmacy in general, and Social Pharmacy in particular, has left a mark for which future Pharmacy students will be thankful.

We are proud of you, Kjersti! Congratulations! 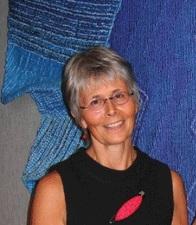