Assessing democracy in the ‘Bergen tradition’

New work by Michaël Tatham and Yvette Peters at the Department of Comparative Politics grapples with European changes.

Comparative politics researchers have released a new book that employs the “Bergen tradition” to gain insights into threats and possibilities facing European democracy.

The book showcases the research of Peters and Tatham as well as more than a dozen other academics from the Department of Comparative Politics.

Together, the contributors work in the “Bergen tradition,” pioneered by the Department’s late founder, Stein Rokkan. Rokkan famously employed rigorously comparative methods to tease meaning from the tumult of politics and governance.

Democratic Transformations in Europe tackles a broad range of topics, from terrorism to European labour markets to gay rights.

The book is geographically ambitious, addressing “Europe 31” – all of the European Union states, plus Norway, Switzerland, and Iceland.

Yet despite its scope, Democratic Transformations in Europe is thematically tight.

Its chapters reflect three core themes: citizen-state relations; the restructuring of politics and institutions of the state; and processes “below and beyond the state,” including decentralization and supernationalization.

Lending the book further coherence is its “Dahlian” frame of analysis, after Yale theorist Robert Dahl, who articulated an ideal conception of democracy that emphasizes the importance of citizen involvement.

Reviews
Peters and Tatham’s book has earned plaudits from experts in the field.

Klaus Armingeon of the Institute of Political Science at the University of Bern has called it “an outstanding contribution to the description and analysis of European democracy.”

Chris Hanretty of the University of East Anglia agreed: “This book does a great service,” he said.

Democratic Transformations in Europe was issued by the academic publisher Routledge. The book is the latest in Routledge’s series “Advances in European Politics.”

Yvette Peters
Yvette Peters has been a post-doctoral researcher at the University of Bergen since 2013. Previously she served as an Assistant Professor at the Humboldt-Universität zu Berlin. She earned an MPhil from Leiden in 2007 and a PhD in 2011 at the European University Institute in Florence.

Peters’ research has appeared in journals such as West European Politics, the European Journal of Political Research, Political Studies, as well as in several books.

She has recently been awarded major funding by the Bergen Research Foundation for her work on contemporary democracies. Her new project on unequal representation in Norway and beyond will start this summer.

Michaël Tatham
Michaël Tatham joined UiB as an Associate Professor in 2012 and became a Full Professor in 2014.  He was previously an Assistant Professor at the Humboldt-Universität zu Berlin. He earned an MPhil from Oxford in 2006 and a PhD from the European University Institute in Florence in 2010. 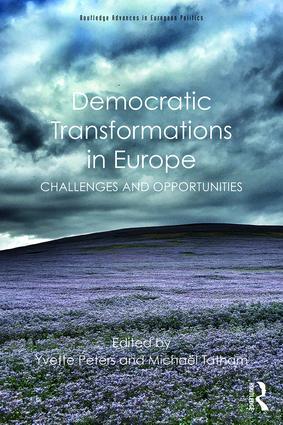