Women on the Bench: The Role of Female Judges in Fragile States

A team of LawTransform researchers lead by Elin Skaar (Chr. Michelsen Institute) has been awarded a grant from the Norwegian Research Council to investigate  ”Women on the Bench: The Role of Female Judges in Fragile States”. The project is a partnership between the CMI and the Overseas Development Institute (Pilar Domingo) and the Department of Comparative Politics, University of Bergen (Siri Gloppen). Participating researchers include: Rachel Sieder; Ruth Rubio Marin; Torunn Wimplemann; Antonio de Lauri and Aslak Orre.

In long-established western democracies, women have made inroads as judges only during the past few decades. In post-conflict and transitional developing countries, however, they constitute an increasingly larger proportion of judges. Why is this so? Situations of political rupture generally create new opportunity structures; some may favour the entry of women into public positions of power. Post-conflict assistance often includes gender friendly rule of law reforms, and the conflict itself may have placed rights issues in focus. How these conditions affect women’s access to, and utilization of, positions of judicial power has not received much attention in the literature. 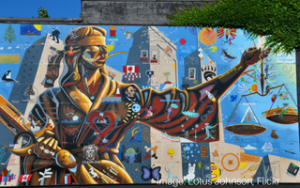