Lena Weltrich and José Zurita-Tapia are newly appointed PhD candidates at the Department of Comparative Politics.

Lena Weltrich
Lena Weltrich joined the Department of Comparative Politics in February. Her PhD project is about the “Dimensions and Dynamics of Conflicts in Political Parties” and is affiliated with the project “Party Instability in Parliaments: INSTAPARTY”, led by associate professor Raimondas Ibenskas.

INSTAPARTY examines party instability in parliaments in European democracies. It has three objectives: to map out diverse forms of instability, to explain why instability occurs, and to understand whether and how instability affects voter support of parties.

Lena comes from a diverse academic background. She has completed a three-fold bachelor’s degree in Social Sciences – Media studies, Political Sciences and Sociology in Düsseldorf (Germany) with her bachelor’s thesis on the effects of News reception on political apathy. During her Political Sciences M.A. degree in Cologne (Germany), Lena has shifted her interests to gender equality in democratic processes and the institutionalization of radical right parties in modern democratic systems. Her master’s thesis was a comparative study about the radical right gender gap in Europe. Various stays abroad and her diverse research interests help her to keep an open mind and approach her PhD topic from many angles and she is excited to see how it will grow.

José Zurita-Tapia
José Zurita-Tapia is from Quito, Ecuador and joined the department on April 1st. He earned his M.A.(Res.) in Comparative Politics in 2020 from Facultad Latinoamericana de Ciencias Sociales – Flacso, Ecuador and his B.A. in International Relations in 2016 from Universidad San Francisco de Quito – USFQ. During his master’s, he researched on Vice-presidential Political Careers in Presidential Systems from 1979-2020.

For his PhD project, he shifts from Vice-presidential studies to focus on the study of electoral and governmental coalitions and their survival in Latin America. Even when most research is focused on parliamentary systems, there is an incipient line of inquiry in presidential systems. While coalitions and their survival have mainly been studied at the executive level, focusing on the cabinet, his research seeks to broaden the current line of inquiry by including the executive-legislative relations as means to better understand coalition building in minority governments.

Along his studies, he has researched on the following topics: Vice-presidents, political careers, political elites, and presidential pardons. José Zurita-Tapia has worked as research assistant at Flacso, Ecuador, and as consultant to the National Democratic Institute (NDI) and Corporación Participación Ciudadana (PC). Since 2021, José is also the Deputy Director of the Ecuadorian Political Science Association (AECIP, in Spanish). 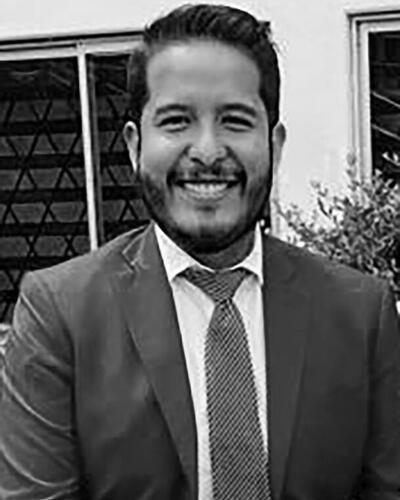