Professor Frank Aarebrot and research assistant Kjetil Evjen presented their new text book Land, makt og følelser Friday 28. November at Litteraturhuset in Bergen. Together with Evjen, Aarebrot has spent the last two years writing down the lectures on state and nation-building that he has given extemporaneously since Stein Rokkan’s passing in 1979.

The book launch party was organized by publisher Fagbokforlaget in cooperation with the Department of Comparative Politics. After introductory greetings by Head of Department Gunnar Grendstad and the Bergen Student Society, newspaper Bergens Tidende columnist Maria Dyrhol Sandvik led the discussion by Aarebrot and Evjen on state and nation-building in a historical perspective and in light of current globalization processes, before the event was opened to questions from the audience.

For both the general public and students

Land, makt og følelser addresses the conceptualization of state and state-building, identity, nation and nation-building as well as current challenges to the nation-state. While the nation-state is still the conventional way of territorial organization, globalization has led some to question the relevance of the nation-state idea in the modern era.

The Norwegian-language book is written for the general public audience, but will be of particular interest to political science students. It will emerge on the required readings list for students in comparative politics at the University of Bergen in the spring semester of 2015. Students also provided valuable input on the manuscript in the 2014 spring semester. 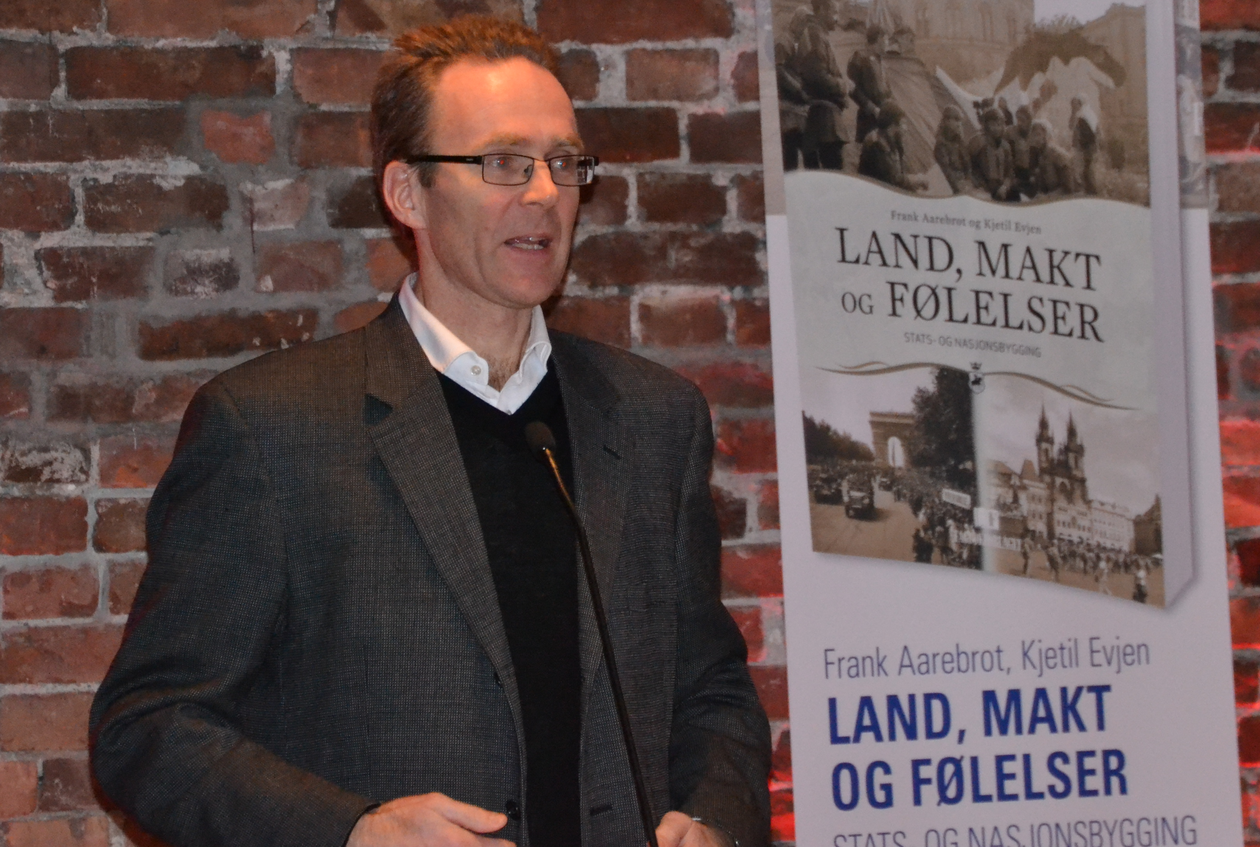