Thom Leschine, a life-long student of marine environmental decision making, is pursuing his interest in the far north while visiting the Dept. of Comparative Politics.

Tom Leschine outside the Dep. of Comparative Politics

“I came to Bergen to further my developing studies of the Arctic, which is rapidly opening to shipping and other industrial activity as the sea ice melts.  The Arctic seems to be approaching a tipping point, both environmentally and in terms of the human rationale that guides its future direction. As put recently by one scholar: will it be sustainable development or managed industrial development, and how will the one be integrated into the other?”

Leschine’s current project is a comparison of the decision-making paths undertaken in Norway and the US to permit oil exploration and development.  For the U.S., this involvesthe Alaskan offshore, in waters that are ice-covered during much of the year.  Norway faces similar questions as its own national oil development moves into the far north, making for useful comparison.

“There are many reasons not to undertake such development, including financial risk to companies and their investors, risks to environment and indigenous cultures from spills, and the implications for global warming of putting large new oil supplies into the marketplace.  Achieving positive outcomes across all these dimensions likely requires substantial change in how we approach oil development.  “

“A major benefit of my specialty has been the privilege to live and work in some great seaside locations—Woods Hole, Massachusetts; Seattle, at the University of Washington’s School of Marine and Environmental Affairs, where I was director for eleven years; and shorter stays in Anchorage, Alaska; Jamestown and Kingston, on Rhode Island’s Narragansett Bay; and now, beautiful Bergen, Norway.”

Leschine does not focus narrowly on the actions of formal decision-making bodies per se, but takes into account the influence of actors across the full spectrum that includes government, the private sector, academia, civil society, and the NGO sectors as decisions are considered and made.

“Much of my work has focused on authoritative decisions by governmental organizations and the influence of scientific and technical information on those decisions.  But environmental decision-making research can focus equally on decisions in the private sector and on the environmental beliefs and values that drives private individuals’ decisions with environmental implications. For example, how do the beliefs and values held by coastal property owners influence the way they manage their own lands and their expectations regarding their neighbors?”

Applying a broad perspective on decision-making processes, Leschine works within a framework where humans are considered part of ecosystems, rather than standing outside them.

The measure of success: A book in the making
Leschine’s intent is that a book will emerge from his time at the Department of Comparative Politics, even as he sees his three months’ stay quickly racing by.

“I’ll consider this visit a success if I have the writing of that book underway before I leave at the end of June, and if I am able to leave with the knowledge and means to make that U.S.–Norway comparison feasible.”

If you are interested in learning more about Wood’s research projects, feel free to contact him on tml@uw.edu. 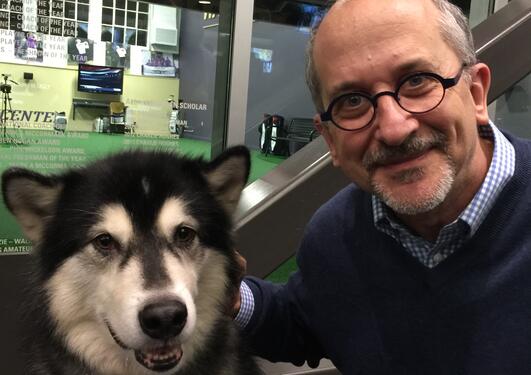 A project of audio podcasts brought Franklin Furlong to the Dep. of Comparative Politics as visiting scholar. 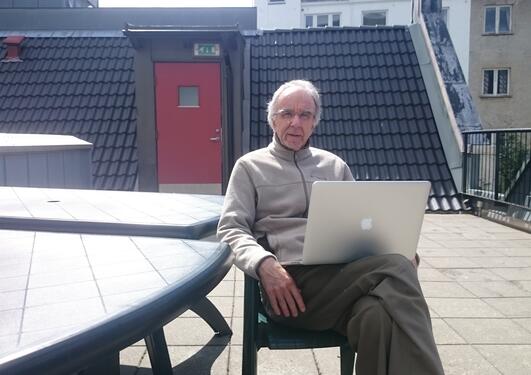 The history of China and the world and the natural evolution of Democracy are in prof. Alan T. Wood’s focus while visiting the Dep. of Comparative Politics.