Post doctor Teije Hidde Donker says his research and course is about a “hot topic” that also relates to the debate on terrorism and the threat of radicalism in Europe and Norway.

The analytical frameworks used in the course link to other fields such as political science, sociology, history and law. Consequently, the course is attractive to students with diverse background.

The course that Donker offered this spring at the Department of Comparative politics – SAMPOL211: Islamist movements and contentious politics in the Middle East – was very popular and drew a record of 122 students. This is the highest number ever for an elective course at the department, says Deputy Head and Associate professor Jan Oskar Engene.

Hot topic
Teije Hidde Donker assumes that the popularity of his course partly can be explained by the fact that it is about a ”hot topic” which directly relates to debates on the war in Syria, the emergence of daesh (ISIS) and other Islamist movements. The topic is also related to the debate on terrorism and the threat of radicalism in Europe and Norway.

Ruben Berge Mathisen completed his bachelor degree in comparative politics this spring. One of the elective courses he took was SAMPOL211. He thinks the course was popular because of the topic’s relevance. From his point of view, it seems that a lot of comparative politics students are drawn to courses that can offer a deep and historically rooted understanding of current events and issues.

Social and political mobilization
The course offered an analytical perspective to the emergence of the Islamist groups that helps students go beyond the newspaper headlines and better understand how and why these types of movements emerged. Donker hopes that students, after taking the course, realize that the project of the social and political mobilization on the basis of Islam is interesting in itself. It is an explicit questioning of the mainstream “secular” view of state building.

The course also provided insight into the diversity of Islamist movements, which goes beyond the dominant discussions that focus on ISIS and al-Qaeda. Donker hopes the students realize how diverse these attempts are and that ISIS and al-Qaeda constitute two extreme expressions of a type of mobilization that is present around the globe.

Clear structure
According to student Ruben Berge Mathisen, Donker’s course had a very good structure that permitted the students to progress seamlessly from a level of knowledge to the next. During the semester, the course also guided the students from simple to more complex issues. The aim was to offer a more profound understanding of current developments in the Middle East.

The course was divided into three parts. The first part gave an overview of the history of the Middle East and Islamist Movements. According to Donker, providing necessary historical background permitted the students to be able to analyse the movements in their context. In Mathisen’s opinion, this historical introduction was essential to understand the background of the social movements that exist in today’s Middle East.

The second part addressed the theoretical debates that are used to analyse contentious politics and social movements.

Case studies
Finally, Donker introduced four case studies: ISIS and al-Qaida, Hizb al-Tahrir, Hezbollah, and the Muslim Brotherhood. The aim was to have students critically apply analytical frameworks from social movement theories to primary sources. Thus, the students were given the chance to use the acquired knowledge while analysing texts from Islamism. According to Donker, when it comes to this topic, it is indispensable to discuss primary texts by the actors of the Islamist movements.

Ruben Berge Mathisen says that the very interactive teaching of the last part was the highlight of the course. He describes the exercises as very instructive and useful for the course succeeding in its objective. For Mathisen, SAMPOL211 stood out by demonstrating a very practical application.

Spring 2017
The spring 2016 semester was the first time Donker taught this particular course. Fortunately, for the students who were unable to attend the course this time, Donker will teach this course in the spring 2017 semester as well.

Teije Hidde Donker is a Dutch political sociologist who specializes in mobilized Islam and state-society relations in Muslim majority countries, with a special focus on Syria, Tunisia and Turkey.

Donker has a Phd from the European University Institute in Florenze and holds a three-year postdoc position at the Department of Comparative Politics. 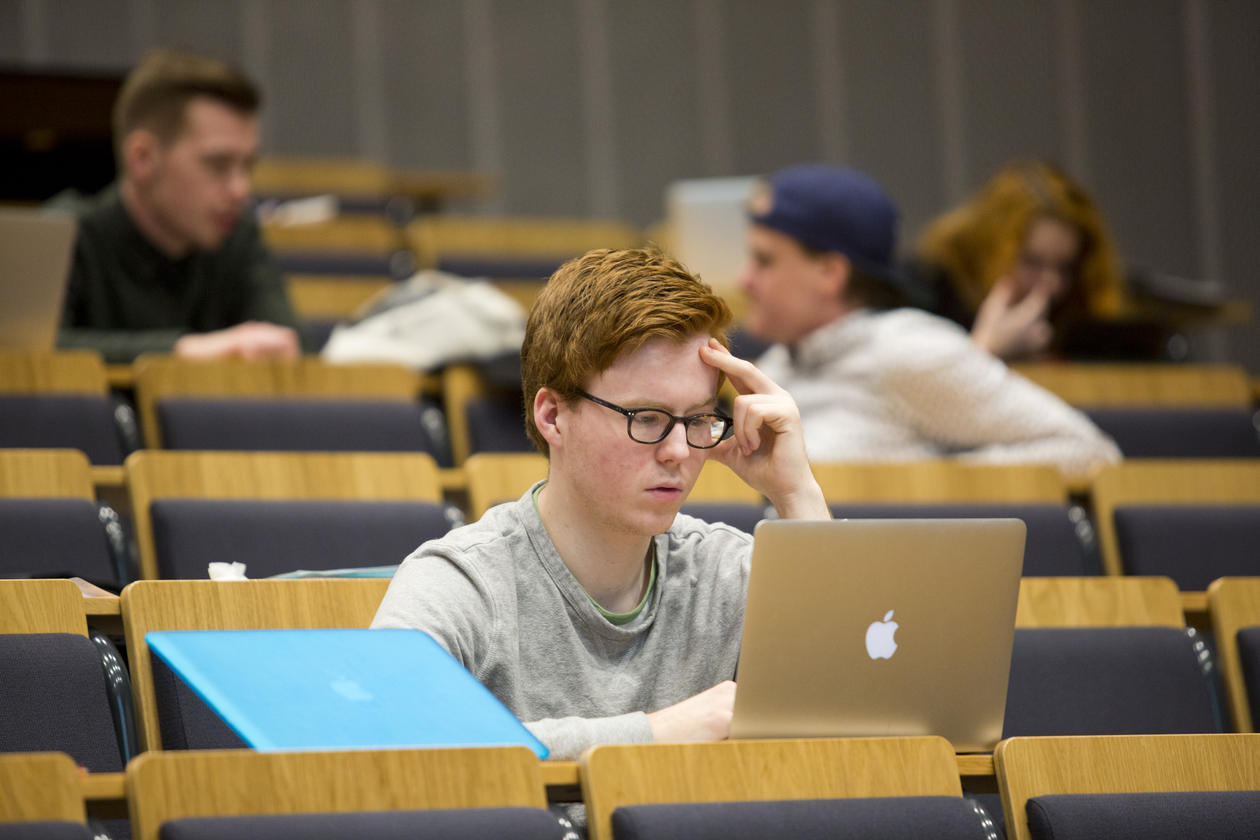 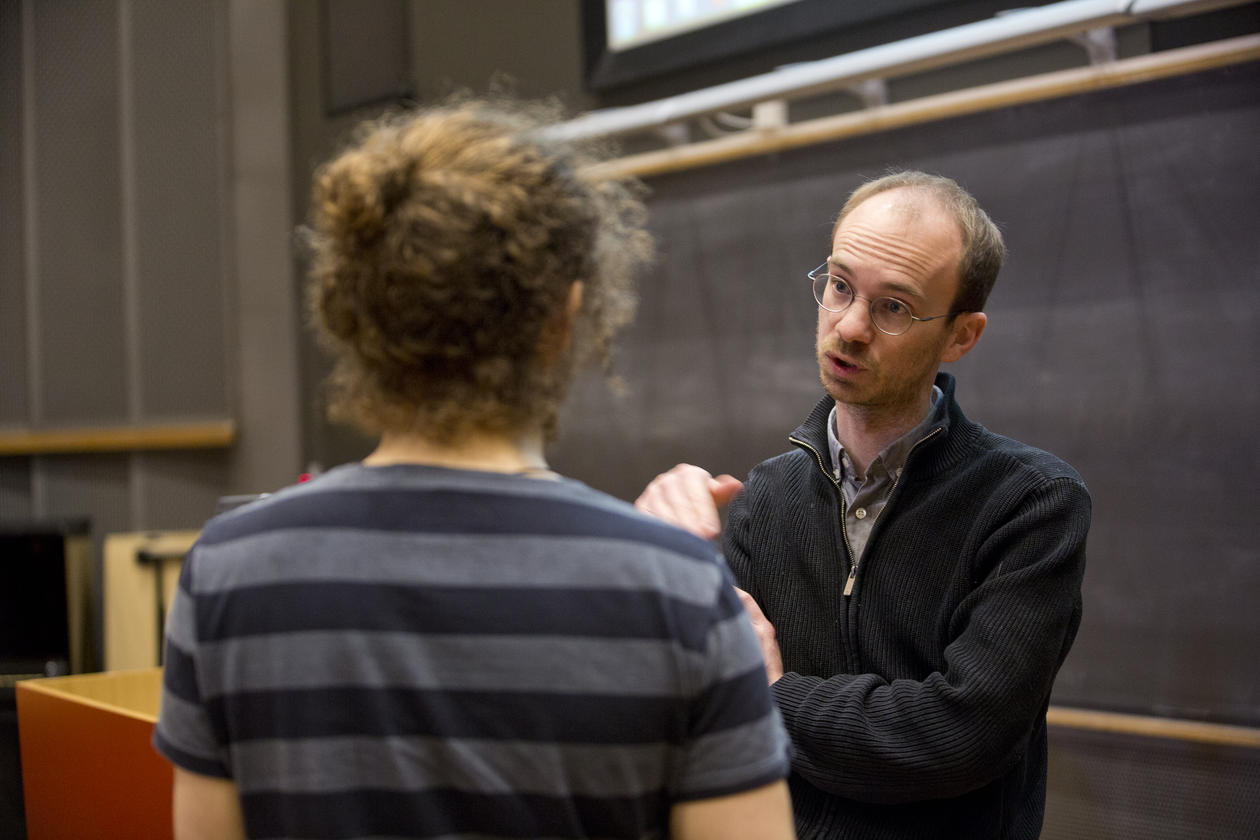