THE POLITICS OF EMPLOYMENT: Political scientist Georg Picot from the University of Bergen wants his research to be of benefit to society, and in particular to people who suffer work insecurity due to changing conditions in the labour market.
Photo:
Eivind Senneset for University of Bergen

“It is very important to highlight the increase in what is called precarious or non-standard employment, which has been a common theme in my research. This type of employment is a general trend across countries and creates both insecurity in the labour force and more low-wage jobs of a poor quality,” says the political scientist Georg Picot from the Department of Comparative Politics at the University of Bergen (UiB).

“This is at the heart of what I want to examine. Research that addresses the situation for the worst off in the labour market.”

In a proposal for a major new research project, the German-born researcher wants to expand the scope of his research.

“I have a new project focusing on state regulation of wages and low-wage employment in particular. As an academic, I am motivated by the fact that the role of the state in wage-setting and wage-distribution has not been adequately studied,” says Picot, “there have been a lot of studies on industrial relations and collective bargaining between unions and employers, and by economists on state regulations, but only to look at how this distorts the market and not at how those regulations came about. I want to fill that gap.”

Another motivation for the political scientist is the increase in low-wage employment over the last couple of decades. He points to a number of factors contributing to this rise.

“One reason is globalisation, another is immigration. The rise of the service economy is also very important. Then you have new technologies, as well as a weakening of collective bargaining. All this poses new questions for how we as societies deal with the resulting changes in employment.”

As part of his new project, Picot points to three policies that are of particular importance regarding low-wage employment, as far as state or public policy is concerned.

“First, the issue of legal minimum wages. Second, the role of the state to step in and top up low wages with public benefits. And third, state support for collective bargaining through different types of supportive regulation,” he says, mentioning state subsidies of unemployment insurance in Denmark and Sweden as an example of the latter.

“The first goal of the project is to describe and map the distribution of these main policies across developed countries and across time, since roughly the end of the 1970s,” he says, “and the second goal will be to explain why states emphasise a certain type of policy.” For example, why have some states, such as France, introduced a statutory minimum wage early on? Why, by contrast, are wage subsidies particularly important in other countries, such as the United Kingdom? He aims to use statistical methods for data across a large number of countries, but also more intensive studies of particular cases.

Creating a better society for all

Picot emphasises that all his research is motivated by a desire to create knowledge for a better society, and in particular a concern for those who fall on the outside of regular full-time employment.

“My personal starting point is that I am critical of how our economies are organised. The crucial role of the labour market in capitalist societies is that we have to sell ourselves on the market and the price we get is our income. This is at the heart of our economies, and this determines our daily lives, what we can afford and our social status,” he says.

Among the things he wants to study more closely is the interplay between a minimum wage and collective bargaining. “My working hypothesis is that the weakening of the collective bargaining comes first, and then the state steps in to make up for the weakening of collectively set wage floors,” he says, pointing to his native Germany where a legal minimum wage has been introduced recently.

Of course it is important to take into account the wider context of labour market reforms, in Germany in particular the so-called Hartz reforms. “Many politicians and leaders in the economy see these as a big success. But among large parts of the population the reforms were very unpopular, because they increased the pressure on the unemployed and increased the fear of becoming unemployed. The Hartz reforms also contributed to the creation of precarious employment, by deregulating temporary work there was then more temporary work. Arguably the introduction of the minimum wage in Germany in 2015 was a reaction to the Hartz reforms,” he says, before adding:

“The Hartz reforms may have helped to boost employment in Germany, but much of that employment has been of very low quality.”

The impact of laws

While Picot’s research focuses on legal changes, he stresses that the effects of those legal changes have to be studied in the social context.

“I would say that changes in the laws are an important impulse for the actual change and the regulations affecting the labour market. Laws also often have unintentional effects and different actors, especially firms and employers, can be very creative in trying to circumvent regulations, so all that definitely has to be studied as well,” says Georg Picot. 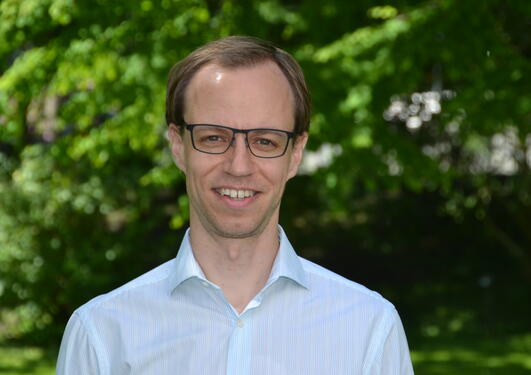 Georg Picot, Associate Professor at the Department of Comparative Politics, receives the Publication Prize 2016 of the Faculty of Social Sciences.