Gunnar Skirbekk, Professor Emeritus at SVT, has an important contribution to the debate on modernity and its variants in his new book.

Multiple Modernities: A Tale of Scandinavian Experiences by Gunnar Skirbekk.

Multiple Modernities, published by The Chinese University Press, approaches the concept of modernity through two historical phases of Norway.

The first study focuses on the interplay between Lutheran state officials and popular movements in the nineteenth century as an essential aspect of the growth of social democracy.  The second examination of modernization centers on twentieth-century Norway after World War II.

Gunnar Skirbekk is Professor Emeritus at the Department of Philosophy and the Centre for the Study of the Sciences and Humanities, University of Bergen.

Skirbekk is one of the founders of "Marco Polo," a program for comparative studies of cultural modernization in Europe and East Asia, established by the University of Bergen and East China Normal University in Shanghai. He is a member of the Norwegian Academy for the Sciences and the Arts and of the Royal Norwegian Society of Sciences and Letters. He has written extensively on rationality and modernization, on political philosophy and the theory of the sciences, and on the history of western thought. 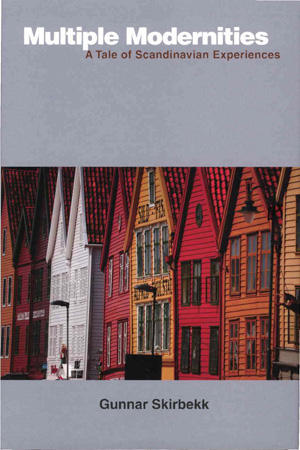