Did you know that poor oral health can be linked to diseases such as diabetes, cardiovascular and respiratory diseases?

Gingivitis is a mild form of bacteria-induced inflammation of the gums which eventually may cause a break-down of the mucosal lining. Oral bacteria are aspirated when we breath, but through a systemic dissemination the bacteria can reach other organs such as he lungs.  Periodontitis can worsen respiratory disease. COPD patients receiving periodontal treatment have improved lung function and fewer COPD exacerbations. It is therefore hypothesized that there is an association between bacteria in the oral cavity and in the lungs.

Periodontitis are the most common cause of lost teeth during the lifetime. Symptoms of periodontitis could be bleeding when brushing teeth and during dental flossing, redness, and edema of the gums. Periodontitis are heritable but are also affected by age and lifestyle. Early diagnostics and treatment are important to prevent the disease from developing into more severe forms.

The 2010 Global Burden of Disease has estimated that 3.9 billon people worldwide have poor dental health. According to the WHO, 300 million people have asthma. The prevalence of COPD and asthma is expected to increase because of increasing life expectancy and an aging population. Both periodontal diseases and chronic lung diseases will increase in the coming years due to increasing life expectancy and an aging population. Both disease conditions occur more often in groups with low socio-economic status, and lead to poorer quality of life for those affected.

BRuSH aims to explore whether there is a causal link between inflammation-promoting bacteria in the oral cavity and poor lung health. Furthermore, we investigate whether periodontitis treatment will improve lung function.

User involvement will be important for designing strategies for promoting dental health, such as increased awareness and subsidization of dental care for low-income groups, which again will reduce social health inequalities. In a public health perspective, improving oral hygiene may become a feasible target for intervention programs aimed at improving lung health and preventing respiratory disease, and possibly also other chronic diseases. 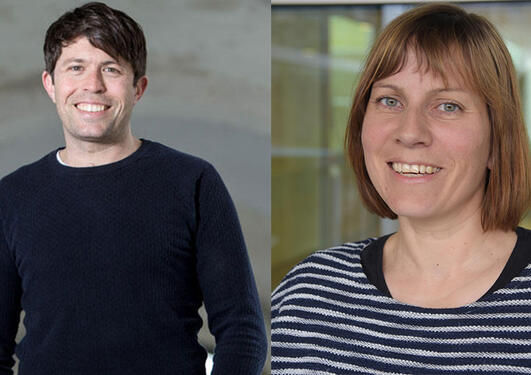 Scott Bremer and Randi J. Bertelsen have been awarded the prestigious ERC Starting Grant from the European Research Council.