CIH PhD Candidate, David Rutagwera, aims to reduce infections caused by HIV shed in breastmilk to as close to 0% as possible, so that every child can begin life without the HIV+ burden.

Rutagwera underlines that significant improvements have been made in preventing mother-to-child transmission (PMTCT). However, a significant number of breastfeeding babies still show up HIV+ despite the fact that there were very few infections at birth.  Rutagwera is interested in why these infants change their HIV status. No mother willingly wishes to transmit HIV to her child, what is not working in the system to prevent this from happening?

Currently, pregnant women who are HIV+ are given antiretroviral treatments (ART). This treatment should be for life. However, but Rutagwera says that many women only follow the treatment during pregnancy and that there is poor adherence to the ART treatment programme after delivery. Another challenge, says Rutagwera is that while patients on ART may be symptom-free and have good blood test results, they may still harbour significant reservoirs of viruses that are resistant to ART and escape detection, within their cells, for example. Breast milk harbours significant numbers of such cell reservoirs. Once these are in the infant’s gut, and in absence of ART treatment, the virus are able to increase in numbers again and subsequently, increase the risk of transmission. In addition, and more seriously, according to Rutagwera, these cell reservoirs – cell associated HIV – in breastmilk may be the main sources of infection for HIV- babies, who had survived transmission at birth, especially if the mother is on successful ART.

The reason these babies avoid HIV transmission at birth, explains Rutagwera, is because current WHO routines involve ART for mothers and a short-course of infant pre-exposure prophylaxis (PrEP) (6 weeks for most infants, 12 weeks for “high-risk” mother-infants). Once the short-course of PrEP is over, he says, the infants are vulnerable to transmission from any cell-free and cell-associated HIV shedding from their mother’s milk. In all other “HIV at-risk” communities, he says, preventative measures are available and practiced. Why, then, asks Rutagwera, are we not protecting this vulnerable population more? Why do we stop the prophylactic treatment while the babies are still breastfeeding?

Looking for answers in the lab

Rutagwera trained as a laboratory researcher, and works for the HIV/AIDS programme in the Children’s Hospital, University Teaching Hospital, Lusaka, Zambia. He would like to continue working there following the completion of his PhD, and to continue with a Post-doc position to learn more about cell associated  HIV reservoirs and their role in HIV transmission. He would like to understand these mechanisms better, so as to be able to inform current PMTCT interventions so that the rate of transmission can be reduced to 0%.

Cell-associated HIV (CAV) is very stable. ART clears the virus that is circulating freely in the body, but it does not clear the virus located in cells. These virus containing cells (CAV) can cross the gut interface in babies. Rutagwera believes this is the most important mechanism behind transmission in HIV- babies born to HIV+ mothers and becoming HIV+ after some weeks or months with breastfeeding.

The answers may lie in the lab, but the work is time-consuming. Protocols must be adjusted and verified. When testing new procedures, some new protocols will not work – an interesting result, but “lost time”, in terms of finishing according to a time-line. In addition, some of the lab work is carried out in the research labs of INSERM at Montpellier University in France. Crossing borders with lab samples involves a great deal of time ensuring security and obtaining the necessary permits. However, Rutagwera’s lab work is largely completed. He has finished his necessary course-work for his PhD. He plans to spend the rest of his time in Bergen this summer writing his third paper and starting his thesis.

Rutagwera says that HIV is complex; its treatment is complex. Much of the infected population is not highly educated. Therefore, he says, keep the message simple.

Investing in prevention has positive long-term implications for burdens on health systems. 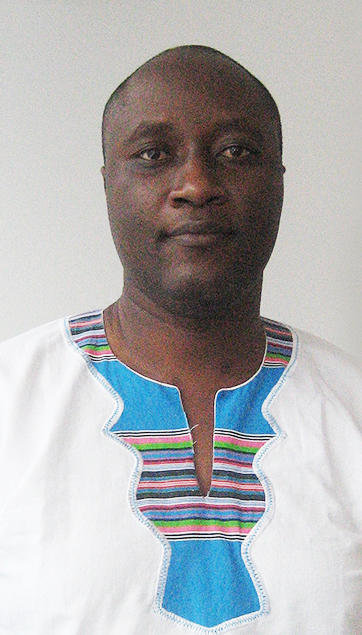