Zinc treatment for infections in children

Serious infections cause a lot of child deaths in developing countries. A study in India focuses on the effect of zinc as a supplement to antibiotic treatment. The findings, which are now published in the Lancet, showed that zinc reduced treatment failure by 40%.

Bacterial infections common in small children
Of the one million neonatal deaths that occur every year in India, more than a quarter are attributed to serious bacterial infections. Despite advances in antimicrobial treatment, outcomes remain poor. The development of inexpensive and accessible initiatives that could improve treatment outcomes and reduce mortality is important.

Supplement to standard treatment
Reduced risk of treatment failure means shorter time in hospital, lower treatment cost, and possibly reduced number of deaths. The researchers in this study wanted to estimate the efficacy of 10 mg of oral zinc daily combined with standard antibiotic treatment in infants with probable serious bacterial infection. The infants were aged between 7 and 120 days.

The study concludes that zinc could become an accessible and inexpensive intervention to improve treatment outcomes of such infections and thereby reduce infant mortality.
Read the full article in the Lancet.

Christa Walker and Robert Black from the Department of International Health, Johns Hopkins Bloomberg School of Public Health have written a comment to the study;
Zinc treatment for serious infections in young infants

The study was funded by the Government of India as well as by three grants through the CiH: EU-INCO-DC ("Community- and health facility-based intervention with zinc as adjuvant therapy for pneumonia to enhance child health and nutrition"),  The Research Council of Norway ("Focus on Nutrition and Child Health: Intervention Studies in Low-income Countries" as well as The Meltzer Foundation (“Zinc as treatment for severe pneumonia in young children”)

News coverage of the paper
This paper has attracted interest in a wide array of news media, especially in India. A press release was carefully planned and carried out by the local partners in India, among them first author Shinjini Bhatnagar.
Some of the resulting news coverage you will find here. 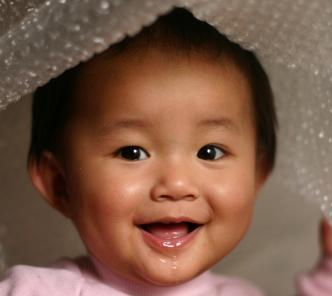