Sudha Basnet is PhD of the Month at Centre for International Health!

There are two main reasons for why Sudha Basnet is the candidate of the month.

1.     Sudha Basnet has been a fantastic support for the staff at Centre for International Health (CIH), as she has been a great teacher, doing more than expected.

2.     Basnet will defend her PhD thesis next week. We admire her work, which is excellent! However, it is very special that she did the last part of the work with her PhD in a situation when Kathmandu had a large earthquake. We are very impressed by her ability to focus and be concentrated on scientific issues in such a demanding situation

Sudha Basnet is from Nepal. She was educated as a physican at Nil Ratan Sircar Medical

College and Hospital in Kolkatta, India. In 1998, she entered a NUFU project at CIH, led

by professor Tor Strand, and was educated as a specialist in pediatrics 2001. After this, she

became a lecturer at Kathmandu Medical College and Hospital. From 2003 to 2009 she has

started her PhD education in an EU-project at CIH, and has worked with her PhD in a

Basnet will defend her thesis: “Severe Pneumonia in Hospitalized Young Nepalese Children. Studies on the Efficacy of Oral Zinc, Respiratory Viruses and Prognostic Determinants” at the Faculty of Medicine and Odontology 19th April 2015.

*Sudha B, Ramesh KA, Chitra KG.  Hypoxemia in children with pneumonia and its clinical predictors  The Indian Journal of Pediatrics 2006; 76(9):777-81. 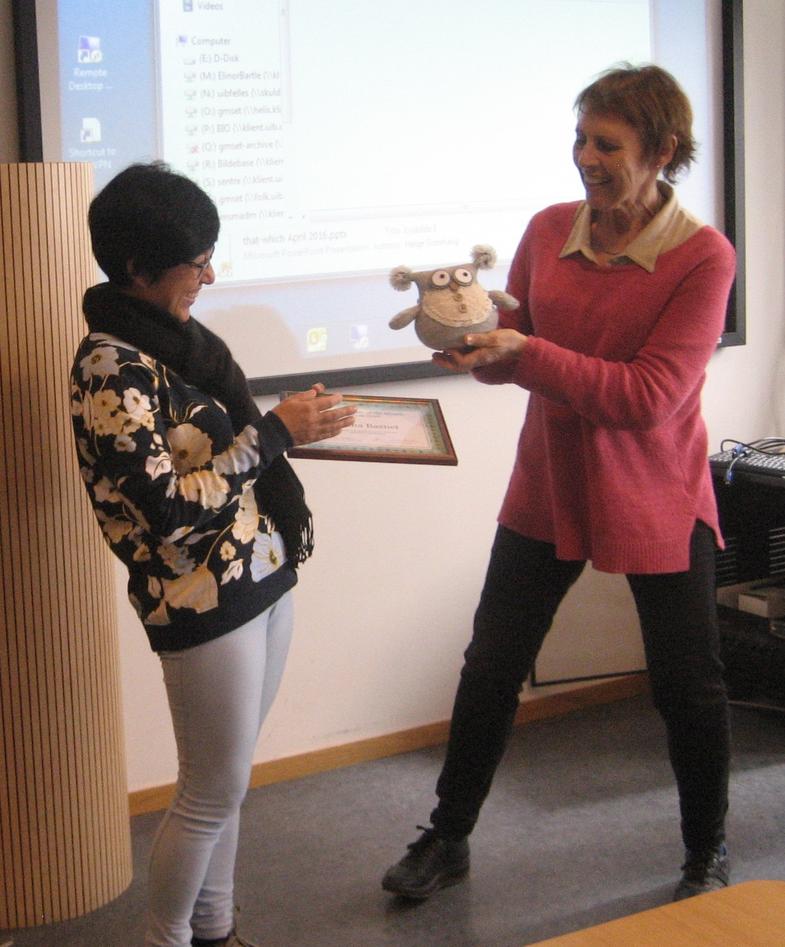 Sudha receives the PhD of the Month - Bente Moen is presenting her with the CIH owl.
Photo:
Elinor Bartle 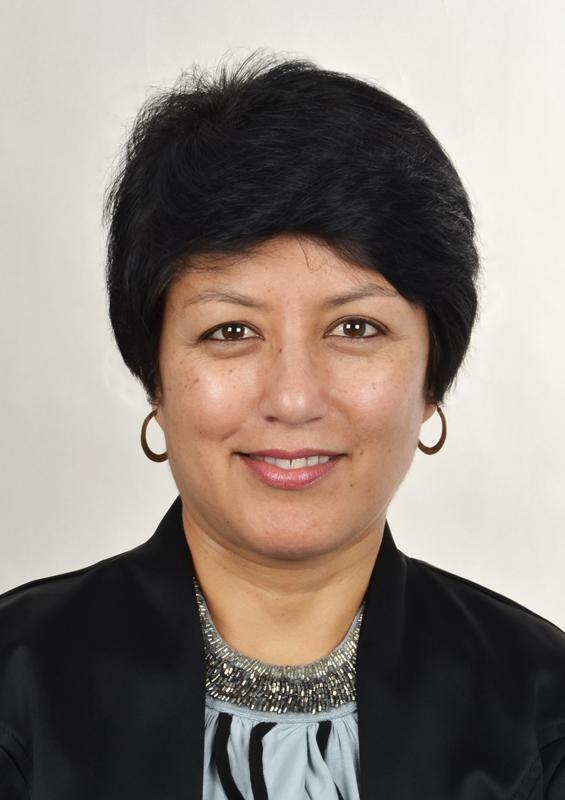