New digital resources in philosophy from the Wittgenstein Archives

The Wittgenstein Archives at the University of Bergen (WAB) recently published more than 1,000 secondary resources for Wittgenstein scholars in the form of books, papers and audio-visual material online. All resources are available Open Access and are a result of WAB's participation in the EU-funded project AGORA: Scholarly Open Access Research in European Philosophy.

The project has among other things resulted in a new academic journal for Wittgenstein research, The Nordic Wittgenstein Review, which in addition to publishing material from the research forefront also experiments with various templates in the field betweeen commercial and Open Access publishing.

For the Wittgenstein scholar the annual, international Wittgenstein symposium is well known. Now more than 800 of the contributions from the periode 2001-2010 are freely available on the internet, partly in collaboration with Ontos Verlag.

WAB has also contributed both monographies and papers from its own publications series. And for those seeking a break from reading onscreen, approximately 150 audio-visual resources are offered, e.g. from the international conference in Bergen in 2001 in connection with the release of the first complete edition of Wittgenstein's Nachlass: The Bergen Electronic Edition, featuring speakers like Georg Henrik von Wright, Brian McGuinness, James Conant og Anthony Kenny among others.

All material is published under a Creative Commons license yielding great freedom to the  users to utilize the material in their own research, education or in other ways. The project also represents a first step in the direction of applying Semantic Web technology, which eventually will create much more powerful and user-friendly solutions for search, navigation and annotation of academic material.

In the Agora project WAB has had partners from a number of European academic institutions; e.g. ILIESI in Rome who, through their Daphnet portal have made available both original sources from the ancient period (pre-Socratics and the Sceptics) and modern times (Baumgarten, Bruno, Descartes, Kant, Leibniz, Locke, Spinoza and Vico), as well as secondary literatyre connected to these. CNRS in Paris offer a digital, critical edition of the collected writings and correspondence of Nietzsche, the Nietzsche Source, and a facsimile edition of Rousseau, Rousseau Source. 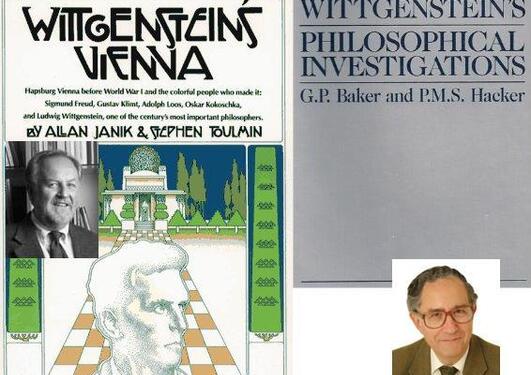 Two of the foremost experts on Wittgenstein's philosophy visit the Wittgenstein Archives at the University of Bergen this year.