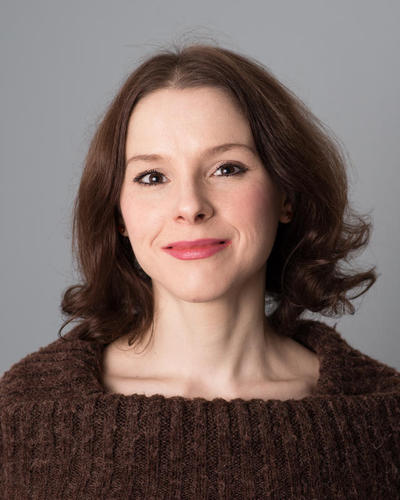 State aid law is part of EU/EEA competition law. It plays a crucial role in safeguarding the proper functioning of the Internal Market. Rules on State aid provide for a level playing field for all market operators (enterprises) in the Internal Market. Norway is well integrated in the EU's Internal Market owing to the EEA Agreement of 1992. Rules on granting aid are very relevant in Norway where the public sector is entrusted with many tasks and public undertakings often compete with private ones. At the same time, Norway is known for using State aid law to grant "good aid" such as aid to protect environment, support regional development or finance research and innovation. The COVID-19 outbreak made rules on granting aid particularly important again. A number of economic crisis measures amount to State aid under the EU/EEA law.

In 2016, my PhD thesis "The Applicability and Application of the Market Economy Investor Principle" won the European State Aid Law Quarterly PhD Award for the best PhD thesis in the field of EU/EEA State aid law written in the period 2012-2016. It was published by Kluwer Law International.

Recently, I arranged a workshop where a group of distinguished experts discussed different issues related on the application of State aid law to taxation. The workshop was financed by UiB's SPIRE Programme. More on the workshop.

In 2019, I was invited to take a position of Associate Editor of law journal European State Aid Law Quarterly (ESTAL), Lexxion, Berlin, the first pan-European publication for State aid law, recognized as the leading journal in its field today. I have special responsibility for reviewing and proposing scientific articles and case notes, contributing to the development of the Journal and its strategy, publishing scientific articles, editorials and case notes.

Data privacy and the General Data Protection Regulation is one of the fields of law that has massively gained in importance during the last years. The questions concerning the legality of processing of our personal data are being stated on a daily basis due to digitalisation of almost every single aspect of our life. Currently, I am working with issues related to COVID-19 contact tracing mobile applications, anonymisation of personal data and the second Payment Services Directive (PSD2).

Following the COVID-19 outbreak, I have been invited to join the University of Bergen’s Pandemic Centre as an expert in privacy/GDPR.

I participate ands contribute with my knowledge on data protection and GDPR in onee of the four pioneer projects that weere admitted to the Norwegian Data Protection Authority's (Datatilsynet) "Sandbox for responsible AI". As Datatilsynet explaines: "The Data Protection Authority has established a project environment for artificial intelligence that makes use of personal data — a sandbox. This regulatory sandbox provides free guidance to a handful of carefully selected companies, of varying types and sizes, across different sectors. The goal is to promote the development of innovative artificial intelligence solutions that, from a data protection perspective, are both ethical and responsible. The sandbox helps individual organizations ensure compliance with relevant regulations and the development of solutions that take privacy into account. We use examples and insights arising from sandbox projects to develop guidelines relevant for organizations implementing artificial intelligence and to further develop our own competence in this area. For more information, see here.  In the project designed by KS and SLATE, I analyse data protection challenges raised by processing personal data of pupils at Norweegian schools for the purose of providing invididualised teaching, which is pupils' right under the Educational Act.

I participate in ENDO4P, a project led by the thee Faculty of medicine at UiB. We are applying for funding from the Norwegian Research Council to establish Centre for personalised systems medicine in eedocrinology. Read more about the ENDO4P her. In case we succeed, my responsibility as a PI will be to work with different data protection issues raised by processing patients' personal data.

Since Autumn 2019 I have been member of Young Academy Norway (AYF), since Autumn 2020 deputy member of AYF's Board and Member of the Letten Prize Committee.

Since Summer 2021 I have been leading an expert group for EU/EEA legal questions in the Norwegian section of the ICJ (International Commission of Jurists).

Analysis: "When does ‘existing aid’ become ‘new aid’ and does it always have to be notified? Some clarifications in the preliminary ruling: Azienda Sanitaria Provinciale di Catania", EULawLIVE, 24. mai 2021.

Analysis: “Under Article 258 TFEU the burden of proof rests with the Commission, which may not rely on any presumption”, EULawLive, 15. January 2021

Analysis of processing of personal data by a number of mobile applications in light of the requirements set out in GDPR - "My phone spied on me" - NRK Beta, 3. December 2020

JUS111 Administrative law I (Forvaltningsrett I – obligatory course, in Norwegian)

I am currently working with a few projects that concern both data protection /GDPR and EU/EEA State aid law.

As regards data protection/GDPR, I participate in the AVT project that is one of the first four projects that participate in the Norwegian Data Protection Authority's Sandbox for responsible Artificial Intelligence. The project concerns digital analysis of personal data of pupils at schools. I contribute with my expertise on the GDPR and was given main responsibility for amongst others clarifying the legal basis for processing of pupils' personal data.

I have also been invited to join a team of brilliant researchers that are applying for financing of Centre of Excellence -  Center for personalized systems medicine in endocrinology (ENDO4P) at the University of Bergen from the Norwegian Research Council. The aim of the project is to bring endocrinology from traditional disease-oriented diagnostics and treatment into the era of P4 Systems Medicine, focusing on Prediction and Prevention of disease, Personalized treatment and Participation of the patient. The project amounts to processing loads of personal data of patients which creates enormous possibilities and interesting data privacy issues.

As part of creating brand-new special courses JUS294-2-A Privacy and data Protection – GDPR and JUS295-2-A Legal Technology: Artificial Intelligence and Law, I am helping to coordinate cooperation with Media City Bergen, an international knowledge and innovation cluster based in Bergen. Law students will have a unique possibility to apply their knowledge of data protection/GDPR and Artificial Intelligence in real projects that are being developed in Media City Bergen.

The recent examples of the EU/EEA institutions applying State aid law to taxation have revived the debate on the EU/EEA law interfering in the sovereignty of the Member States. Given the fact that direct taxation to a large extent remains a sole competence of the Member States, it should not come as a surprise that this debate raises much controversy. In fact, its scope and importance is being compared to the discussion on the application of the free movement rules a few decades ago. In addition, the debate on fiscal aid also has an international and interdisciplinary dimension. The highly topical issue of tax treaties and tax rulings in favour of multinational companies such as Apple, Amazon or Starbucks concerns the problem of tax evasion and tax avoidance and must be seen in light of international tax avoidance structures adopted by the G20 and OECD. Fiscal aid for environment and energy-saving objectives in the form of “green taxation” is also a global issue. Obviously, the fight against the climate change is not limited to the EU/EEA states.

Given the complexity of applying State aid law to tax measures, a fruitful collaboration with internationally renowned experts in the relevant fields of law is indispensable. My project includes thus two gatherings of experts that will create a solid foundation for future collaboration going beyond the planned project. This is crucial to developing a much needed expertise in State aid law in the Norwegian academia and will strengthen the UiB’s position EU/EEA- and worldwide. The project is financed by the University of Bergen's SPIRE-fund (Strategisk program for internasjonalt forskningssamarbeid). In November 2019, I organised the first gathering in the Norwegian House of Research and Innovation in Brussels. The workshop gathered the following renowned experts: Georg Børresen, Assistand director general, Norwegian tax authorities: The "arm's length principle" from the perspective of Tax law, Dr. Liza Lovdahl Gormsen, Director of the Competition Law Forum & Senior Research Fellow in Competition Law, British Institute of International and Comparative law: The "arms's length principle" in State aid cases - The latest from the Court of Justice of the European Union, Joana Christina Pedroso, Doctoral student in Tax Law, University of Gothenburg: The "arm's length principle" from a pluralistic perspective of EU law, Dr. Malgorzata Cyndecka, Associate Professor at the University of Bergen: The selectivity condition in tax cases - where de we stand? Introductory remarks, The recent case law - (even) less clarity? Maarten Aalbers, PhD candidate, Leiden School of Law, Leiden University and Dr. Henrik Skar, Postdoctoral Research Fellow at University of Bergen, Christian Jordal, Deputy Director, State Aid Unit, EFTA Surceillance Authority: The Norwegian cash refund of the tax value of petrolium exploration costs - the question of selectivity in practice. New Recovery Notice - old problems (with national legislation)?, Dr. Malgorzata Cyndecka, Associate Professor at University of Bergen schemes implemented under GBER, time limitations, etc. The full programme may be accessed here.

In 2019, I have completed my postdoctoral project «Towards more stability, competitiveness and predictability in the financial sector», which was financed by the Norwegian Finansmarkedsfondet, (the Finance Market Fund). The Finance Market Fund is intended to contribute to increasing public understanding concerning financial markets, with particular emphasis on the functioning of financial markets, and also ethical issues.

The project resulted in a number of peer-reviewed scientific articles that were published in the European State Aid Law Quarterly, (Lexxion), the first pan-European publication for State aid law, recognized as the leading journal in its field today (see Cristin for the full list pf publications). I have also contributed to the second edition of the highly appraised "Research Handbook on European State Aid Law" edited by L Hancher & JJ Piernas López with a chapter “State aid and the financial sector: the crisis and beyond”, which will be published by Edward Elgar in 2020. My project also included workshops with international experts in the field of State aid law, both academics and practitioners, as well as a concluding conference "Offentlig oppgavetyveri?" during which the invited experts discussed competition between the private and public sectors. The conference was also linked to my contribution as a member of the Norwegian government’s external working group, "Competition on a level playing field", that analysed amongst others implicit guarantees and tax exemptions in favour of public entities and undertakings that compete with private market operators. In 2018, the Working Group submitted its report: Like konkurransevilkår for offentlige og private aktører.