CSR in Iraqi Kurdistan – Economic Crisis and Feelings of Exploitation

Read the latest field report from the Energethics-project. Synnøve Bendixsen has been to Iraqi Kurdistan exploring how DNO operates and the local communities’ expectations of oil investments.

There is a clear view to DNO's Tawke oil field from the surrounding villages.
Photo:
Synnøve Bendixsen

Synnøve Bendixsen went to Iraqi Kurdistan in February-March 2017, and visited the region where DNO ASA (the Norwegian oil and gas operator; Det Norske Oljeselskap) has been investing in onshore oil since 2004.

Bendixsen first visited the Ministry of Natural Resources (MNR) of KRG (Kurdistan Regional Government) in Erbil together with her research assistant where she interviewed the General Director of Mineral Investment as well as their CSR Advisor. Afterwards she travelled to Duhok and engaged in conversations with a Member of Parliament who was active in the committee Natural Resources, as well as with a petroleum geologist, and past and current employees of DNO. She then travelled to the DNO flagship Tawke field, and some of the villages directly affected by this oil field. Here she visited local communities and talked to the Muftar, who is the political representative of the village.

According to the guidelines, they are also expected to use local employees and pursue social investment projects. The spokesperson in the ministry said the companies should make a demographic social study of the area and a plan for social needs. This localization policy should mean that local people should replace expats with time. This policy seems to not have been implemented so far.

The oil companies are operating in rural areas where few people have higher education, and who also have great expectations when they see oil companies arrive. During the interview with the CSR advisor, he defined CSR as “not replacing the government, but a good gesture to the locality where you have invested”. To the advisor, who explicitly used CSR as a vocabulary, CSR means, “to make a healthy relation between the community and company”. He also added that “CSR should be an ongoing lifecycle of the project” although changeable according to the phase of the oil drilling.

There are currently no governmental laws on CSR in Iraqi Kurdistan. In addition, the whole region is struck by economic crisis, which makes it harder to pressure the oil companies’ implementation of CSR forward.

The village people we spoke to were overall disappointed with what DNO had provided them in the locality. One concerned citizen said: “DNO will say that they have built so many schools there, but in comparison to what they have earned it is not so much.”

In one village, one could see the ongoing drilling field from the gardens, and the smell of gas was everywhere. The community had initially asked DNO to build them a school and expected them to improve the road between the village and the nearby town. None of this had taken place. Further, most of the local staff that the company employs are unskilled workers.

One of the village inhabitants said: “We give them much of our land, but they have not visited us even once.” There is only one generator in the village for electricity, and the villagers had to collect money to buy it in the city. They experience being in the middle of gas, dust from trucks and extractions, and fear that they will acquire illness in the future because of their living conditions.

The inhabitants expect DNO to find oil in Tawke for the next twenty years. Today they only want to move from the village, but cannot afford to do so. “We feel like victims because we are living in the middle of the oil extraction”, one villager said.

During my fieldwork, I experienced that some people feared talking about the oil companies and their policies, refusing for example to disclose how much they currently earned from DNO. Others believed that this was one of the most important topics in the region and thus agreed to talk and show me around. 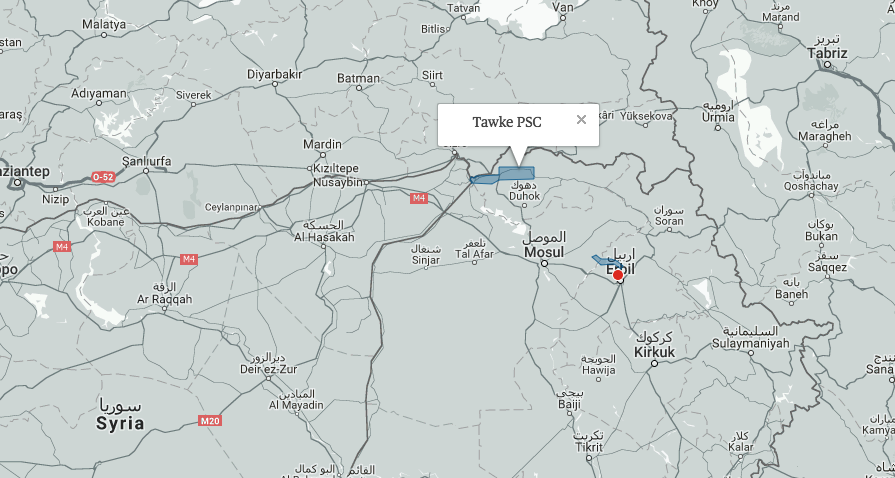 The Tawke oil Field is located just outside the city of Duhok.
Photo:
screenshot from map on DNO website 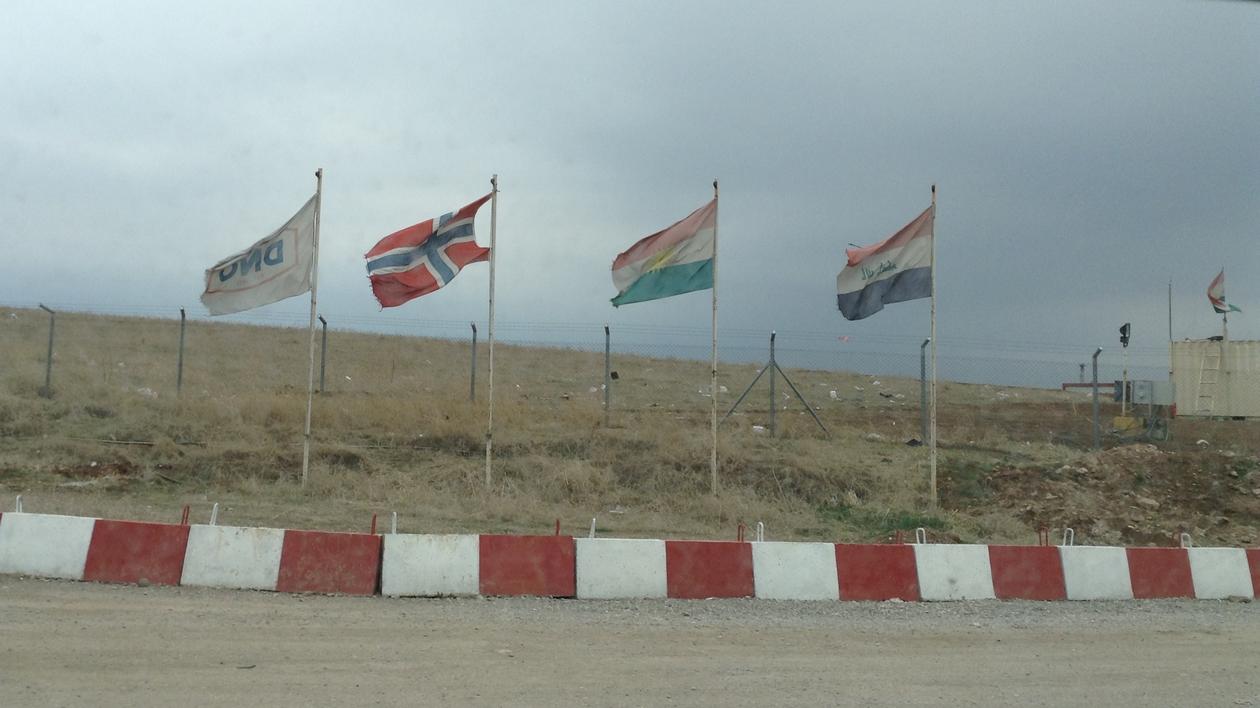 The Norwegian, Kurdish and Iraqi flags are all represented at the Tawke site.
Photo:
Synnøve Bendixsen

The local population living around the oil field experience being in the middle of gas, dust from trucks and extraction activity, and fear that it will affect their health in the future.
Photo:
Synnøve Bendixsen 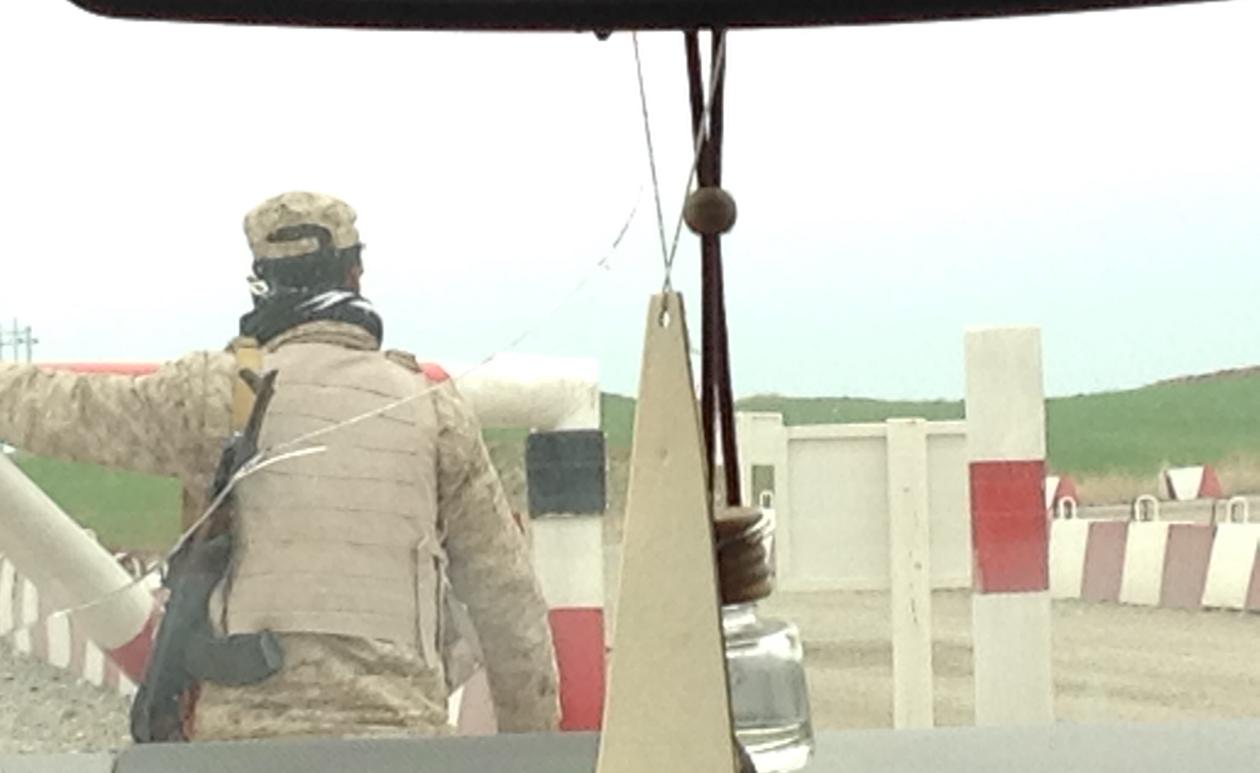 There is a permanent road block to one of the villages and one part of Tawke Field
Photo:
Synnøve Bendixsen
Tilknyttede personer 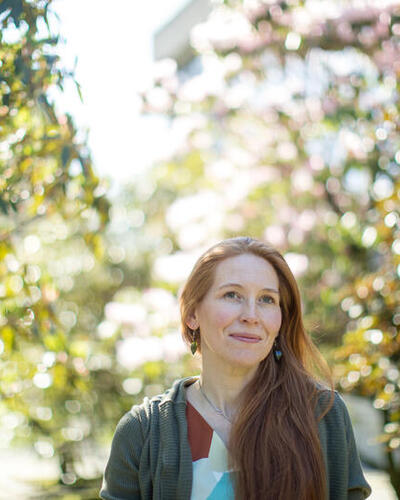