Yvette Peters is trying to strengthen democracy by studying political inequality and representation. She likes the idea that her work is relevant.

One important problem in contemporary democracies, Yvette Peters stresses, is that governments find it increasingly difficult to respond to citizens in a satisfactory way. This was evident in the UK Brexit referendum, and is probably also reflected in the increasing support for populist parties.
By Mari Skåra HelliesenPublished: 25.08.2016

When she was younger, Yvette Peters always wanted to become a pilot, but her interests changed and she started studying aerospace engineering instead. While this was something she really enjoyed, she found it somehow lacking in societal relevance. Peters was motivated by the puzzles that societies present. She is curious to understand why some people invest so heavily in politics, while others do not even turn out to vote. In political science, Peters found these to be relevant questions, and she felt that she could make a contribution in this field.

Peters is interested in many political questions. Why do countries often have such different institutional structures – and does it matter? What motivates politicians to act the way they do – is it just down to personal characteristics or does the political structure also affect their behaviour?

Importance of political science
According to Peters, the type of political regime we have, and the way democracies work, can really influence the quality of our lives. So, with perhaps not too much effort, it could be possible to improve the lives of many people. As a researcher in political science, she believes she can contribute to improving the situation of individuals. Peters says it is important to understand the changes that are challenging democratic systems, and then search for ways of strengthening democracy.

One important problem in contemporary democracies, Peters stresses, is that governments find it increasingly difficult to respond to citizens in a satisfactory way. This was evident in the UK Brexit referendum, and is probably also reflected in the increasing support for populist parties.

Research interest
When it comes to her interest in research, Yvette Peters reckons it started in the third year of her bachelor’s degree in political science at Leiden University in the Netherlands. In one of her elective courses, political psychology, students were asked to write papers that were research-related. She realised that she really liked this focus, and that she was quite good at it. The course helped her to see a job as a researcher as a possibility. Peters went on to take a master’s degree at Leiden University, where she was able to pursue her interest in research.

Peters also remembers a lecturer who, during her studies, contributed to her interest in research. The lecturer pointed out the importance of puzzles, of being curious, critical, and of trying to improve on what others have already done. She says that the combination of critical thinking and an explorative approach really sparked her interest in research. Reflecting on this, Yvette Peters admits that these two factors fit her personality well.

Yvette Peters’s research interests include political participation, the functioning of democracy, representation and responsiveness, attitudes to the welfare state and how attitudes can be explained, the impact of political institutions on citizens’ behaviour and the quality of democracy – all from a comparative perspective.

Institutional structures
Peters recently worked on a project that investigated how institutional change influenced political participation in 32 democracies during the period 1980 to 2005. She has also studied how European democracies have changed over time, and what implications this has for the quality of democracy – or rather, whether the developments that we see are good or bad from a democratic point of view. In this connection, she has analysed how changes in political participation affect democracy and also looked at the democratic consequences of the delegation of government tasks.

Together with Professor Michaël Tatham, Peters has edited a forthcoming book on the transformation of European democracies. Most of the contributors to this book project are colleagues from the Department of Comparative Politics. Peters has also studied the effects of direct democracy and how it influences voter turnout and party membership. Her research is invariably published by prestigious academic publishers like Routledge and in top journals like the European Journal of Political Research.

Responsiveness
Peters has been interested in responsiveness in particular, that is, whether people get what they want most of the time. She investigates to what extent there is responsiveness in Europe; to what extent this responsiveness is unequally distributed between different groups in society; and how we can explain this unequal responsiveness. One article on this topic, written with Sander J. Ensink, was published in West European Politics. They found that redistributive policies are less responsive to the poorer segment of the population than to the richer segment, and that higher turnout can reduce this inequality. Peters and Ensink were awarded the Gordon Smith and Vincent Wright Memorial Prize for the article.

She is currently working on a paper with Professor Jonas Linde, a colleague at the department, on how responsiveness influences political trust. They examine whether responsiveness helps to build a reservoir of goodwill that politicians can tap into when they need to make unpopular, but perhaps necessary decisions.

A flat hierarchy
Peters, originally from the Netherlands, did her PhD at the European University Institute in Florence, Italy. She then spent some years working at Humboldt University of Berlin, Germany. For the last three years she has worked at the Department of Comparative Politics at the University of Bergen.

Comparing her experience of academia in Norway to that in Germany, Peters points to the relatively flat hierarchy in her department. Here, people interact freely across occupational categories. She appreciates the positive atmosphere, where colleagues celebrate each other’s accomplishments and are eager to collaborate, help out and give feedback. She finds the atmosphere pleasant, but productive at the same time. The atmosphere motivates her to continue to contribute through her research. Peters also points to the supportive attitude to researchers at the University of Bergen. There is an understanding and appreciation of the time and effort it takes to do well in teaching and research.

Peters once dreamt of becoming a pilot and she sometimes reminisces about her short stint as a student of aerospace engineering. But the puzzles of society intrigued her. As a political scientist, she wants to contribute to preserving and strengthening democracy. No small ambition – it will need the leadership of a pilot and might prove to be a bit more challenging than aerospace engineering.

Yvette Peters
Yvette Peters is a postdoc at the Department of Comparative Politics at the University of Bergen. She is currently coordinator for the research group Citizen, opinion, representation, together with Professor Elisabeth Ivarsflaten. Political participation and behaviour in established democracies is one of the main areas this research group is working on. 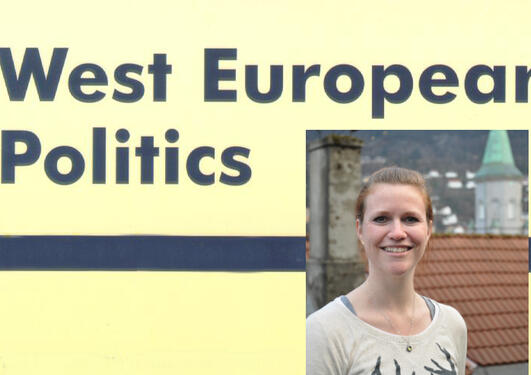 As Yvette Peters and Sander Ensink were awarded the Gordon Smith and Vincent Wright memorial prize for yesteryears article on differential responsiveness, a new article by Peters on party membership was published in the European Journal of Political Research. 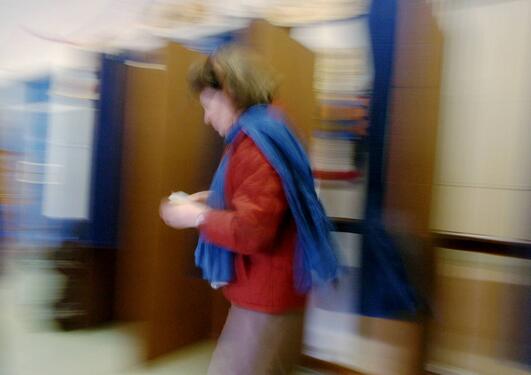 New Publication by Peters: Differential Responsiveness in Europe: The Effects of Preference Difference and Electoral Participation

Postdoctor Yvette Peters finds in a new publication that more affluent citizens influence public policy more than poorer ones, and that differences in turnout partially explains it. The article is published in West European Politics and is co-authored by Sander J. Ensink.