Professor at the Institute of Comparative Politics, Michaël Tatham, wins yet another award for his outstanding work on European regions.

The UACES Best Book Prize is awarded annually for the book that has made the most substantial and original contribution to knowledge in the area of contemporary European Studies. Professor Michaël Tatham received his award at the UACES Annual Conference Awards Ceremony in Krakow, Poland.
Photo:
UACES

Tatham received his award at the UACES’ 47th Annual Conference Awards Ceremony, which was held in Krakow, Poland on September 5th. His book, titled “With, Without, or Against the State? How European regions play the Brussels game”, examines how sub-state entities in Europe interact with their respective member states when lobbying at the EU level. The book has been praised both for its methodological rigour, and theoretical contribution.

Tatham utilized a mixed methodological framework in his research, combining qualitative and quantitative data, which in the words of one UACES judge, created an “impeccable comparative logic, which consistently bolsters the line of argument”. Data was collected through both self-made surveys addressed to heads of regional offices in Brussels, and 117 semi-structured interviews. These in-depth case studies looked at Scotland (UK), Salzburg (Austria), Rhône-Alpes and Alsace (both France). These different types of data were used to test the same hypotheses, hence creating a dialogue between quantitative and qualitative methods, as well as between more deductive and inductive approaches.

Two elements surpised Tatham while working on the book. Decentralization, which has been considered a main driver of conflict, was actually a driver of cooperation. The more decentralization, the more regions cooperate with their respective state at the EU-level. Also, the perception that regions will use the Brussels arena to undermine their central government, was empirically less prevalent than expected. Cooperation is the most frequent outcome, followed by non-interaction. Conflicting interest representation – which would risk undermining the position of the state – is the least frequent outcome.

More work on regions to come

Tatham’s interest in European regions and EU politics started when he was an undergrad student in his native France.

- This was the time when Tony Blair and New Labour introduced the decentralization laws giving new powers to Scotland, Wales and Northern Ireland. At the same time, European integration was both deepening and widening. I found it exciting to see how actors below and above the state were acquiring new powers and therefore gaining in relevance on the policy, politics, and polity triptych.

Tatham will continue his groundbreaking work on European regions. Together with Michael W. Bauer, they are looking to complete a project on European elites in more than 10 countries and 60 regions.

Tatham is also increasingly interested in climate-related issues. He is starting a new research cycle analyzing the institutional dimensions of climate change.

Relevant links
With, Without, or Against the State? How European Regions Play the Brussels Game
Related persons 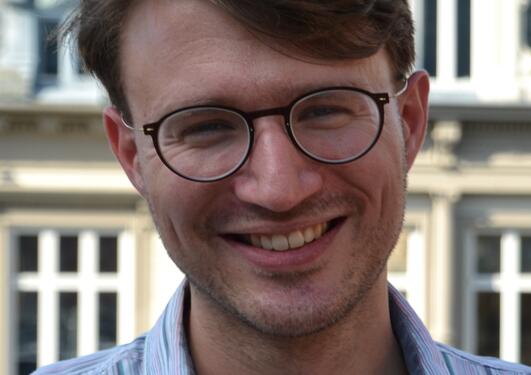