After having completed both his BA, MA and Ph.D. on African politics at the Department of comparative politics, Helle is back as a post-doc connected to the project Breaking BAD, where he will do research on African autocracies.
Photo:
CMI

Svein-Erik Helle insists that’s not his only goal as a political scientist. “But I enjoy a good discussion. Focusing on something that is nearly impossible to agree on … attracted the nerdy and quarrelsome part of my personality.”

It makes sense that Helle specializes in a particularly contentious topic: the causes of, and intricacies within, African autocracies.

Autocracies, Helle argues, are about more than just the dominant strongman. They’re actually quite complex governance systems – though unfortunately, “this complexity is not used to benefit the general population, but rather the select groups and individuals necessary to retain power.”

Understanding autocracies in all their detail, Helle says, is key to preventing or dismantling them, and thus to promoting democracy.

To that end, Helle’s post-doc is part of the project “Understanding the backlash against democracy in Africa” – also known as “Breaking BAD,” led by SAMPOL Professor Lise Rakner. Helle’s position is jointly shared by SAMPOL and the Christian Michelsen Institute.

“Breaking BAD” aims not just to understand African governance but to improve it, crafting and communicating proposals to prevent democratic decay and the retrenchment of authoritarianism. “I really enjoy that the project is policy oriented,” Helle says.

Helle’s interest in African authoritarianism is longstanding. His Ph.D., which focused on unfair electoral competition in non-democracies, was completed at SAMPOL in June. His B.A. and M.A. also focused on Africa, and were also through SAMPOL.

Helle’s articles include “Defining the playing field: A framework for analyzing fairness in access to resources, media and the law,” published in the journal Comparative Governance and Politics in 2016.

In addition to spending his post-doc conducting research, he’ll be giving the occasional lecture in SAMPOL 100, and potentially developing a new course related to democratic backlash.

And, he’ll be spending a lot of time on the ferry. Helle lives in a small village along Dalsfjorden, in Sogn og Fjordane county, and commutes to Bergen by boat every second week.

At home, he says, he enjoys spending time with his wife and kids. And of course he says, “I like things that are competitive, so local politics and football feature high on my list of interests.” 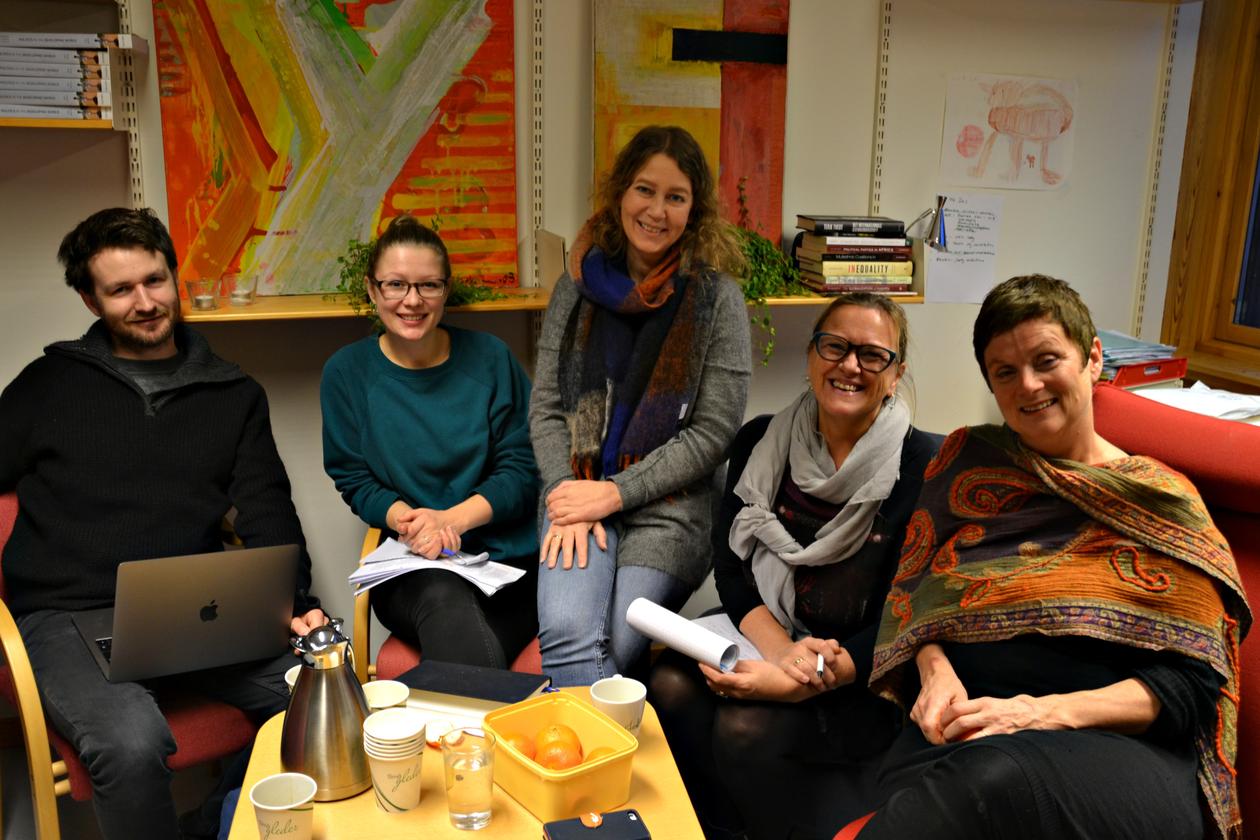