– Norwegians need to guard their private data, says the professor who made Facebook buckle.

David Carroll sued Cambridge Analytica and won. Now, the professor who made Facebook buckle visits Future Week in Bergen. He asks Norwegians to wake up.

“Our data is us. Our data is our thoughts, feelings, fears, passions and anxieties. When protecting your data, you protect yourself” says David Carroll.

The American media professor knows what he is talking about. He took the owners of Cambridge Analytica to court after the company secretly had collected data from 87 million Facebook users. These data where used to make political profiles, and through targeted political marketing they tried to influence elections such as the US presidential elections 2016 and the Brexit election.

Carroll tried to recapture his hidden voter profile and discovered along the way that he as an American citizen had few or no rights to obtain this. However, Cambridge Analytica was British, and political profiling of this kind is against British law. Therefore, he took the parent company of Cambridge Analytica, SCL Elections, to court in the UK. After a court battle, Carroll partly won the case in January of this year. SCL Elections was fined 15 000 pounds, and Facebook was forced to enforce larger transparency.

Carroll feels that this was only a minor victory, and that the large battle is ahead.

“Yes, it is a victory, but not a total victory. It should not be so hard to do such a simple thing as to get control of your own data. It should not take two years and the support of lawyers donating hundred thousand pounds in worth”, he says.

Professor at the University of Bergen, Knut Helland, thinks MCB Future Week has made a scoop getting Carroll to Bergen.

“Carroll’s efforts as a private person and as an academic alike, is absolutely outstanding. Carroll showed how private data is used to manipulate elections, and he has conducted action research with democracy at stake”, Helland says.

Helland points at the fundamental tension between technology and society. Technology makes it possible to target commercials down to an individual level, the ethical considerations not necessarily keeping up to date.

Professor at The University of Bergen, Knut Helland, in conversation with professor David Carroll in Bergen, Norway

“Social sciences have a strong demand of larger digital competence and a more outspoken technical perspective. What happens for instance when technology undermines well established democratic institutions like elections”, he asks rhetorically.

“People say, ‘it is only marketing. Who cares?’ But it is and shall be a difference between skin care and politics. This technology is great when selling shampoo, but when your next-door neighbour is being manipulated and radicalized without you noticing, it is a problem. If you believe that everyone agrees with you, because that is all you see in your feed, that is also a problem. The good news for Norwegians is that you have a defensive shield in rules and laws that I as an American citizen do not yet have. I would encourage you to exercise those rights and stop taking them for granted”, says Carroll. 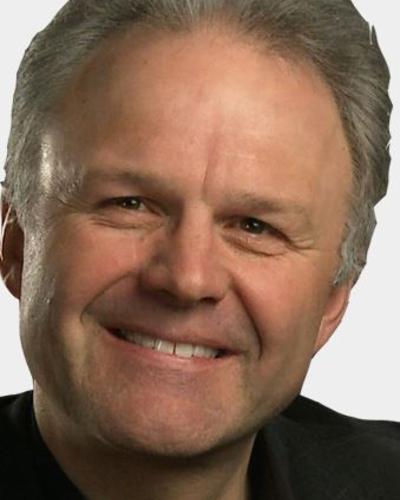