The three ”Muske Peers" and the chase for the Red Tulip

The Three Musketeers - or "Muske Pers" as they call themselves -Per Magnus Jørgensen. Per Harald Salvesen, and Per Arvid Åsen have run wild into the exciting world of tulips. On Tuesday evening at the lunch room (1104) in the Science Building you will hear the whole story. Open to all.

The Three Musketeers; Per Magnus Jørgensen (the Natural History Collections, Bergen Museum), Per Harald Salvesen (the Arboretum and Botanical Garden, Bergen Museum), and Per Arvid Åsen (Agder Natural History Museum and Botanical Garden, Kristiansand) have under several different circumstances run across tulips that have been left in or have run wild from gardens in Southern Norway.

In addition to the well-known wild tulip (Tulipa sylvestris), red tulips also run wild in some areas along the coast, but have received undeservedly little attention from botanists.

It now turns out that in the olden days, perennial, red, fragrant tulips were growing at the outermost parts of the coast in Southern Norway. They can be traced back more than a hundred years in time –both in certain gardens and also in family chronicles. It centres in all probability around the species Tulipa didieri, one of the so-called neo-tulips, a group of species that we assume descend from tulips introduced to South Europe from West Asia, maybe before tulips bloomed for the first time in the Netherlands (and Bergen) in the 1590s.

Several of these species are red listed in France, Switzerland, and Italy as critically threatened or presumed extinct in its natural habitats, but that survive in botanical gardens and among collectors. We promise you exciting family history, cultural history and beautiful flowers. 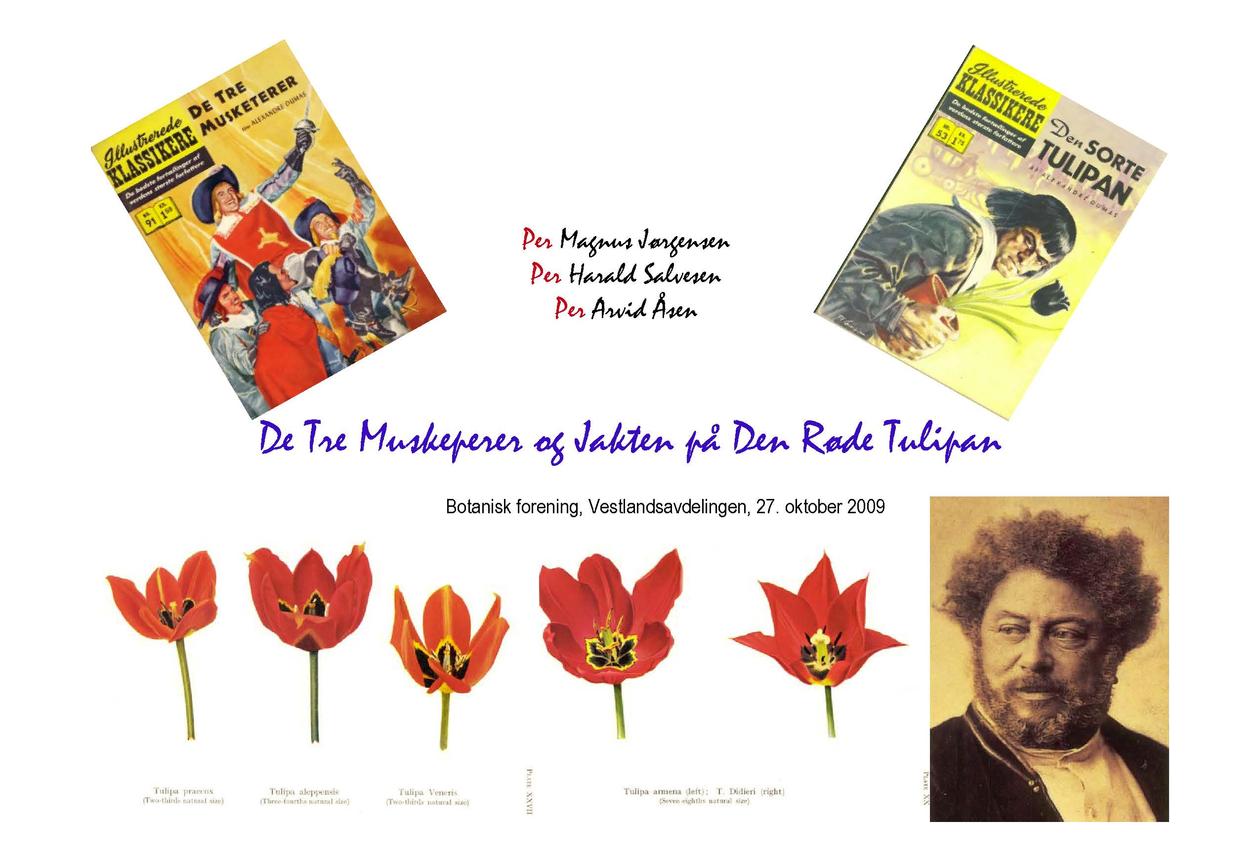