Ocean Census – what lives in the world’s oceans?

Census is another word for population count. An extensive status report of this kind of life in the world’s oceans has recently been carried out by 2700 marine researchers from eighty countries over a period of 10 years in the global programme Census of Marine Life (CoML- www.coml.org), in which Bergen Museum and the University of Bergen have also participated through the MAR-ECO project (www.mar.eco.no).

Literally, an ocean of new knowledge was being diffused at the international symposium and the international press conference in London 4 – 6 October. Several thousand new species have been identified and described in the past decade, and several thousand still, not yet identified, have been brought ashore. Through the MAR-ECO project, Bergen Museum has, among other things, acquired an extensive addition to its deep sea collections. This material is a unique reference and research material, and the University Museum has now made it available to researchers from all over the world.

During the symposium held by the Royal Society, the Norwegian contribution was particularly acknowledged in the closing speech of Director and at present leader of CoML, Ian Poiner. The Institute of Marine Research, Bergen and Bergen Museum / the University of Bergen with sponsor Kongsberg Maritime ASA, received special mention among the many significant contributors.

MAR-ECO was summed up by project leader Odd Aksel Bergstad and Tone Falkenhaug from the Institute of Marine Research, Bergen. MAR-ECO has, among other things, passed on new knowledge regarding management advice for the North Atlantic Ocean. Based on the material from MAR-ECO, international agreements on new marine protection areas and closure of areas for bottom fishing have been made. The project has contributed to various books, and is summed up in the book Life in the Mid-Atlantic by Peter Boyle, published in the series Bergen Museum Press.

An extensive dissemination programme has been carried through, in which the international travelling exhibition Deeper than Light, produced by Bergen Museum, until now has been shown in 10 countries. The exhibition was recently opened at Aarhus Natural History Museum, Denmark.

This year’s most beautiful nature documentary at BIFF

Based on, among other things, the research work of Census of Marine Life, the French film maker Jaques Perrin has made the captivating nature documentary OCEANS was shown Tuesday 26 October at Bergen International Film Festival. On Thursday 4 November at 22.30, The Norwegian Broadcasting (NRK 2) sent a repeat of the documentary The Ocean Land from the cruise on board the RV G.O Sars in 2004.

Many artists who work with images, sculpture, music and the like have been inspired by the exciting theme, of which art and science also were part of MAR-ECO’s dissemination strategy. One of the latest ”dissemination outcomes”, the new computer game MARA, was launched recently. The newly released CD Underwater by the jazz group Science Fair, also released a short time ago, draws inspiration from the fascinating and unknown life deep down in the oceans. 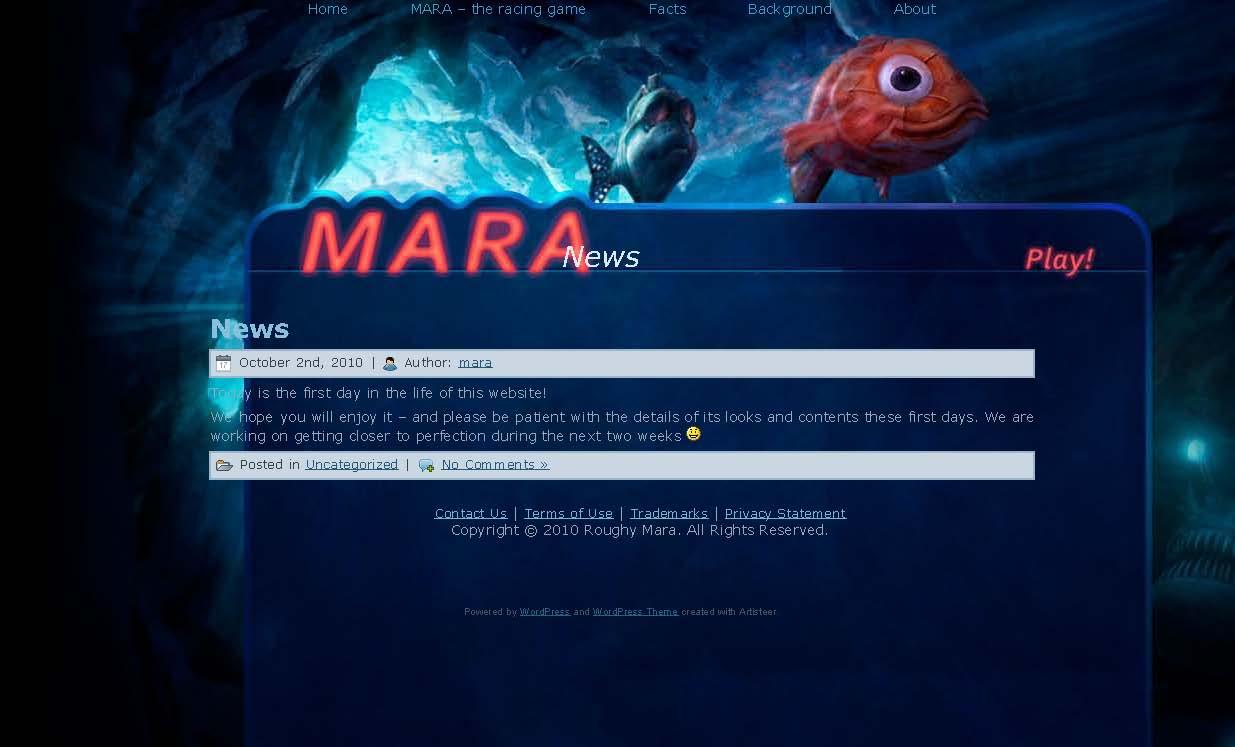 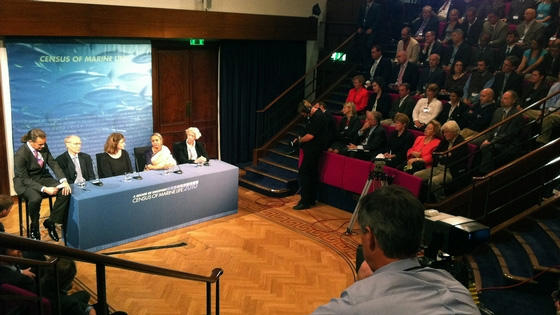