Choosing Between Starvation and Disease

Esprance Kashala-Abotnes, a CIH researcher, is training care-givers in DRC how to prevent Konzo Disease in very young Congolese children.

KONZO - the walk of the camelion

Kashala-Abotnes is a Psychiatrist and Neurologist as well as being a researcher at CIH, and appointed expert at the International Criminal Court. Her CIH project “Enfance Africaine-Child mental health in francophone Africa” is part of a larger project studying the broader Konzo problem in the Democratic Republic of Congo (DRC).

The study focuses on a particular region of southwestern DRC where the soil is very acidic and only one species of cassava thrives. Unfortunately, the nature of the soil means that the cassava roots take up cyanogens. The roots can be safely eaten, however, if they are soaked for 3-4 days. The poor, rural populations in this area thus face difficult challenges: go hungry and wait, or eat sooner and be poisoned.

Funded by the Research Council of Norway, the project studies the situation for children 1-4 years of age, who were not considered in the larger Konzo study. It is an observational study addressing whether there is an association between exposure to cassava cyanogen, early child neurodevelopment, and other factors (including caregiver characteristics, family environment, maternal depression etc.).

Some of the study’s secondary objectives include learning more about the impact of nutrition (cassava neurotoxicity) on child early development and cognitive functioning, capacity building in DRC by enhancing the clinical/neuropsychological research capacity, and ultimately improving child mental health in sub-Saharan Africa.

The results so far show that both mothers and children have dangerously high thiocyanate levels in their urine - much higher than levels that are considered safe. Unsafe cyanide compound levels were also measured in the cassava flour they use as a staple in their food. In addition, this higher dietary cyanogen exposure was also associated with problems in early child development and neurocognition. Interestingly, the father’s level of education was shown to be also one of the major predictors of early child development.

Kashala-Abotnes plans to continue documentation of this vulnerable population in a Stage II initiative where she will study school-age children.

The study, "A Partnership for Training Caregivers to Prevent Konzo Disease from Toxic Cassava and Enhance Neurodevelopment in very Young Congolese Children," is funded by the African Partnership scaling grant award at Michigan State University. Kashala-Abotnes and colleagues received the grant as a result of the preliminary findings (above) from her project Enfance Africaine. This intervention study uses a care-giver training intervention designed to enhance both emotional and cognitive development in at-risk children, along with the prevention of the neurodevelopmental impact of konzo disease resulting from poorly processed cassava.

In this project, Kashala-Abotnes (co-PI) together with Professor Michael Boivin (PI) at Michigan State University, Professor Désiré Tshala-Katumbay (co-PI) and partnersfrom DRC (National Program on Nutrition/Ministry of Health and University of Kinshasa/ Department of Neurology)includes both the Wetting Method (described below) and the care-giver training intervention.

There is Some Hope

In 2005 in Mozambique, Professor Bradbury at Australian National University and colleagues developed and trialed successfully  a simple, effective, inexpensive way to reduce the cyanide content in cassava flour. It is called the Wetting Method (WM. It involves spreading the web floor in a thin layer and allowing it to stand in the shade for 5 hours. This enables the HCN gas to evaporate. It is a method that is both accessible and feasible to villagers. Thanks for funding support from the World Bank, WHO and FAO, intervention studies are teaching the technique to people in a number of African villages. See a video about the technique.

The video about Konzo Disease above was made by Centre for International Health (CIH) researcher, Thorkild Tylleskär. It is a debilitating, irreversible motor neuron disease that is directly caused by eating insufficiently processed cassava (yucca), an important food staple for around 600 million people worldwide in equatorial regions. Individuals affected by the disease walk with a strained gait (konzo means “tied legs”) due to neurodegeneration that leads to irreversible paralysis. It is a disease that affects mostly women and children. 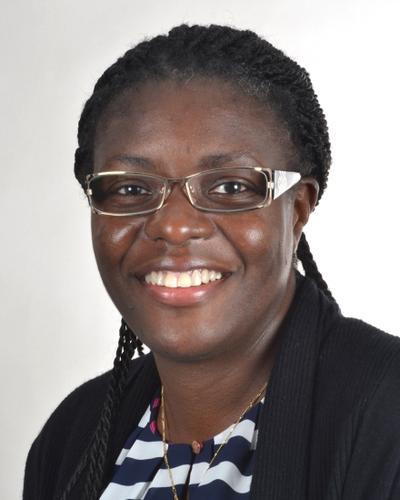