This year’s Kenyan general election has attracted the world’s attention like never before mainly due to the unprecedented incidents it experienced.

Nils Gunnar Songstad is a senior advisor at the Faculty of Social Sciences at the University of Bergen. He has been serving as an election observer in different parts of the world for both the Organization for Security and Co-operation in Europe (OSCE) and the European Union election observation missions (EU EOM).

Apart from Kenya, he has been an election observer in Former Yugoslav Republic of Macedonia (FYROM), Republic of Albania, Republic of Croatia, Russian Federation, Republic of Uzbekistan and Ethiopia.

On the eve of the inauguration of the president elect Uhuru Kenyatta in Nairobi, UiB's Centre for International Health (CIH) invited Nils Gunnar Songstad to share his firsthand experience of the election.

He described the huge logistical implications of the election explaining that the country had to conduct six elections in a single day (August 8) including the presidential one. He also noted the political landscape of Kenya, which is based more on ethnic alliances than other factors as a contributor to the various complications observed during the election.

Characterised by what he called the last battle between the Kenyatta and Odinga dynasties, the election had to suffer from various challenges. It took a more complicated turn when the electoral commission’s ICT manager Chris Msando went missing and later found murdered with visible signs of severe torture.

Despite all the twists and turns, the election took place on August 8 resulting again in another controversy concerning the presidential election results.

In an unprecedented manner, the Kenyan Supreme Court decided September 1 for a repeat presidential election to take place on 26 October, referring to 'illegalities and irregularities'.

This ruling by the Supreme Court has never before happened in the history of African elections. Nils Gunnar Songstad admitted that the ruling was even against the assumption of most including the observer missions “We didn’t expect anything to happen other than the results being accepted by the court”, he said.

Considering the events leading to the repeat presidential election of 26 October, there were indications that it would be postponed. But despite the legal battles, the election took place.

"We actually expected a decision on 25 October whether the repeat election will or will not take place but what happened was that the Supreme Court could not meet because only two of the minimum five judges were available. On 30 October, Uhuru Kenyatta was declared president elect despite elections not having taking place in 25 constituencies in four counties."

The institution tasked with the recruitment of election observers in Norway is Norwegian Resource Bank for Democracy and Human Rights (NORDEM).

Deployed over 100 observer missions to over 50 countries since 2000

Works on the invetation of countries conducting election

Does not legitimise electoral processes nor validate electoral results

Who recruites election observers in Norway? 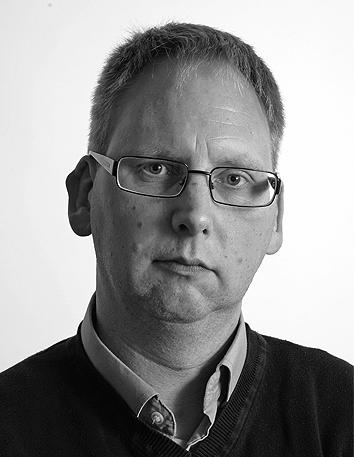