Both breastfeeding and coping with HIV infection are energy demanding. Does combining the two increase the rate of disease progression?

Eric Nagaonlé Somé, from the Centre for International Health, trained as a medical doctor in Burkina Faso. He complemented this training with 2 Master degrees; one in Public Health from the University Cheikh Anta Diop in Dakar, Senegal, and the second in Epidemiology from the University Victor Segalen 2 in Bordeau, France. He successfully defended his PhD at the Faculty of Medicine, University of Bergen on 12 April, 2019.  His research was part of the PROMISE project, funded by the French Agency for Research on AIDS and Viral Hepatitis (ANRS), the European & Developing Countries Clinical Trials Partnership (EDCTP) and the Research Council of Norway (RCN).

At the turn of the century, the Lancet published the results of a randomised trial study that suggested that “breastfeeding by HIV-infected women might result in adverse outcomes for both mother and infant”. However, there have been a number of large studies further investigating these issues and considering other questions such as feeding practices, health status (viral load), disease progression, overall health etc. that are suggesting otherwise, and more.

Somé’s PhD project investigated what effects different breastfeeding practices had on HiV+ women. His study subjects came from the large, 4 country, PROMISE trial. He considered 3 different breastfeeding practices. He also considered how the participating women complied with the WHO guidelines relating to HIV status and breastfeeding. Finally, he analysed the data to see if there was any HIV disease progression in the study groups during the first 6 months and at 50 weeks post-partum.

In high-income settings, where there are high quality, accessible breastmilk replacement options, HIV+ mothers are advised to not breastfeed. However, such options are not available to mothers in low-income settings, and without breastmilk, babies have a higher risk of dying from other infections. (WHO page 105)

Somé’s project investigated another dimension of this terrible dilemma: does the physical energy cost of breastfeeding actually increase the progression of a mother’s HIV disease? He estimated this cost using the mother’s body mass index (BMI).

Data were analysed for 1225 participants from across Africa: Burkina Faso (west), South Africa (south), Uganda (east) and Zambia (central). Initially the participants were divided into 3 groups: exclusive-, predominantly-, any-breastfeeding. However, as the study progressed the categories were merged into 2 groups: exclusive or predominantly breastfeeding (for infants up to 6 months of age) and mixed feeding for infants of any age. The study lasted until the infants were 50 weeks old.

Somé’s results showed that there was no major change in mean BMI in the different groups, suggesting that the energy cost of breastfeeding did not increase the progression of the mothers’ HIV. These results support the WHO guidelines on infant feeding in low-income settings: that in the case of HIV+ mothers, when the correct ART and PEP treatments are given to mother and child, breastfeeding is best for the infant.

See a summary of his work in Norwegian. 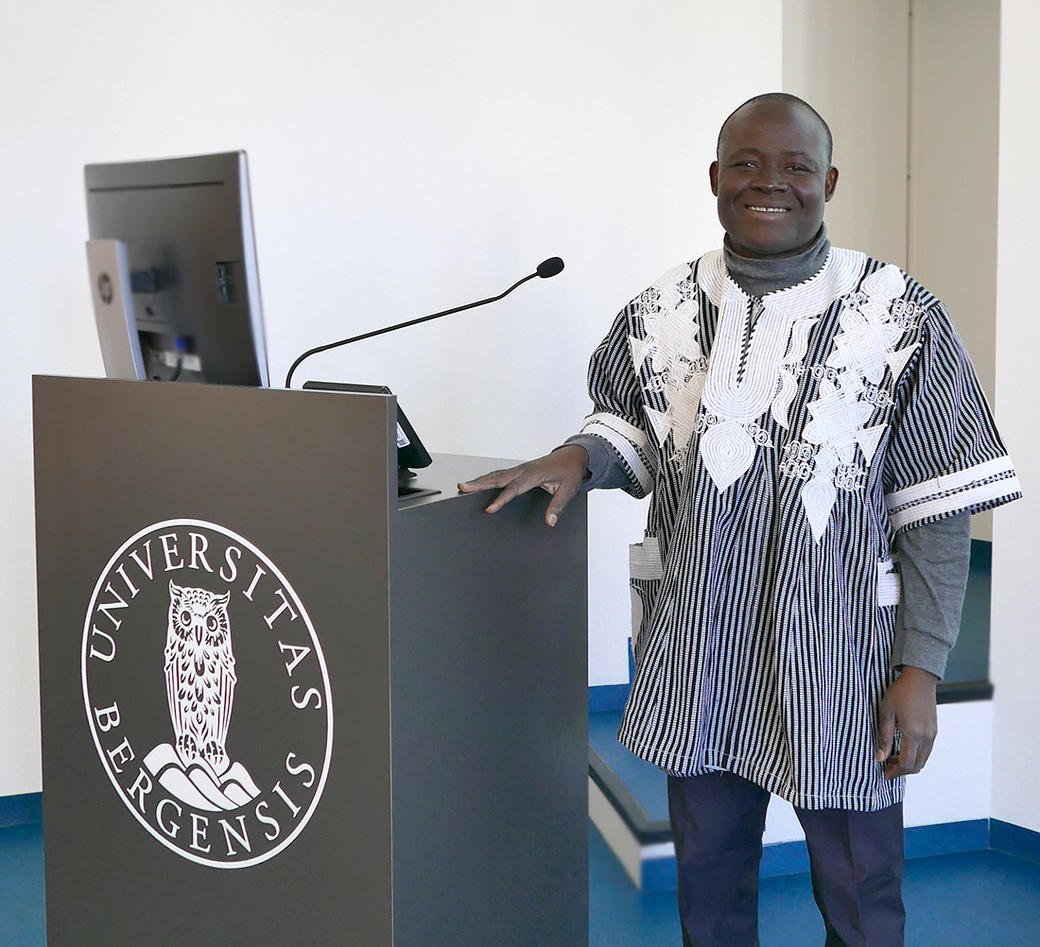