CIH hosted a panel debate during Day Zero, the informal kick-off for UiB’s annual SDG Conference. The panel addressed SDG17: Partnerships for the Goals for Partnerships.

Bente E. Moen, Director of CIH, hosted the debate. In her introduction, she highlighted that few universities have so many partnerships with institutions in South as the University of Bergen. However, she continued by saying that while there are many rewarding aspects to such partnerships, there are also challenges. Four guest speakers addressed this issue. They were selected for their many years’ experience with co-operative activity in the South.

Interestingly, all the speakers, beginning with the first, Dr. Ronald Semyalo from Makerere University (Mak) in Uganda, turned the idea of challenge around to “possibilities for opportunities”. Semyalo is the Mak coordinator for the Mak-UiB collaboration.

Semyalo began by underlining some of the changes the Mak-UiB collaboration programme has undergone since it began in 1989. From improving the gender balance to maturing from capacity-building a civil-war torn campus to a full institutional partnership with many different kinds of joint initiatives.

From individuals to institutions

Another common thread to all the speakers was the idea of enablers, as well as the importance of evaluation. Semyalo mentioned a new group of important enablers at Mak, the alumni of N-S training programmes. Although unemployment is a challenge in Uganda, Mak has established an Active Alumni Association to facilitate networking opportunities between alumni, especially between those with jobs and those seeking employment. One of the projects the Association has undertaken is to hold an annual Action Day with alumni, university students, high school students, NGOs and government representatives… Currently they are addressing topics relating to the SDGs and the young.

Semyalo stressed the importance of long-term commitments, as in the 15-year Framework agreements between Mak and UiB, he underlined the strategic value of regular evaluations for fine-tuning. The Mak-UiB partnership has such evaluations every 4 years.

He concluded by saying that the Mak-UiB partnership has evolved. It has and is continuing to work. It is a strong model for other similar partnerships, and, indeed, one that Mak uses itself as it now builds partnerships with other young, developing institutions of higher learning in the South.

How can we improve?

Per Bakke, the Dean of the Faculty of Medicine, asked Semyalo what the 2 biggest challenges were in this kind of collaboration. Semyalo replied:

Later in the panel debate, Bakke also underlined the communication challenges inherent in collaborations across cultures and academic disciplines. During a discussion about issues such as fraud, corruption and waste, Bakke spoke of the importance of not being naïve when participating in any kind of partnership. He stressed the importance of follow-up and transparency in partnership activity.

Associate Professor Andreas Steigen has worked with African partners throughout his academic career. He was coordinator for the Mak-UiB collaboration for many years, and was Vice Chancellor at the University of Gambia for 3 years. He spoke of the need to ensure that the partnership is beneficial to all partners, and the importance of keeping top leaders informed. He underlined the need for flexibility.

Both Steigen and Biology Professor Jeppe Kolding underlined that Africa is extremely diverse and changing extremely rapidly. Things change. Successful partnerships need to be able to change and adapt. However, Steigen underlined the need to evaluate and be selective about one’s partners – “keep the good people” – the ones who believe in the partnership and who are committed to the best of the institution and research quality.

UiB Professor Anne Bang spoke of the importance of student exchanges. She described people involved in exchange experiences, both staff and students, as diplomats representing their institution, country and culture. She underlined the need for integrative collaborative approaches to solve the serious global challenges we face.

Bang highlighted unpredictability as being a particular challenge in N-S collaborations. She named both political and financial unpredictability as being problematic. Changing funding programmes were named by several of the speakers as being challenging and a barrier to long-term partnerships. Bang suggested that both sides try to find ways to top-up funding between projects via seed-money and student exchanges.

UiB Professor Thorkild Tylleskär spoke of conflicting priorities as being a challenge to N-S partnerships. Both partners, he says, need to feel that there is something of value to them in the partnership. He also underlined that many university researchers in the South need a secondary income source, which can limit the time effectively available to participate in partner activity.

Steigen may have summed up for all the participants: engaging in partnership activity in Africa is highly recommended. One makes very good friends. It is mostly very rewarding. And after all, it is a kind of homecoming!

“SDG 17: Partnerships for the Goals for partnerships” 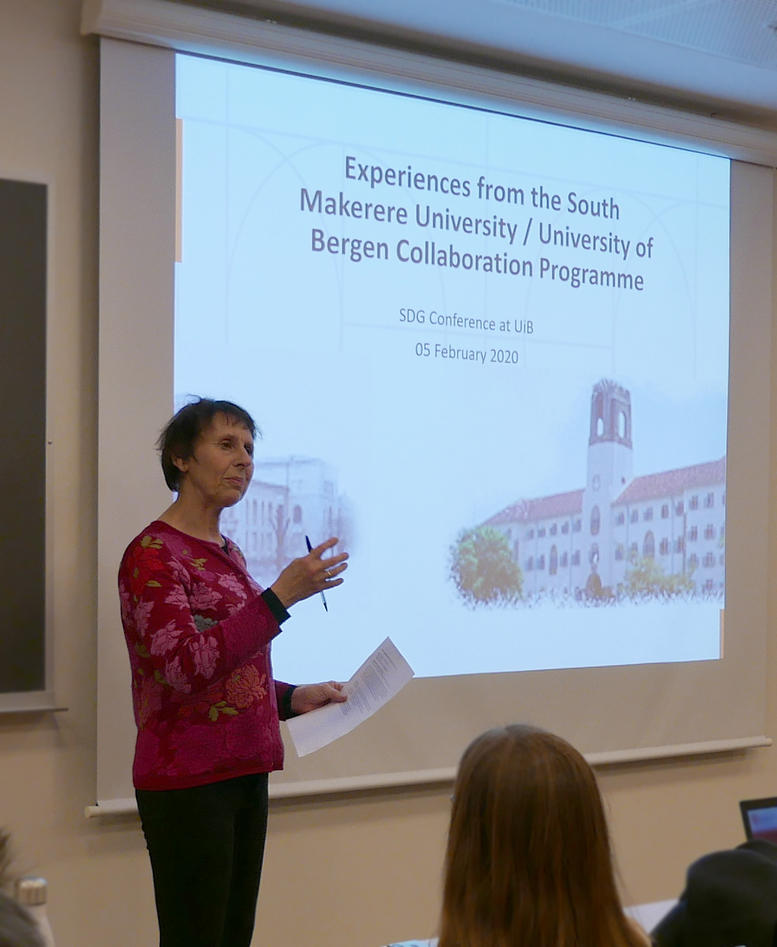 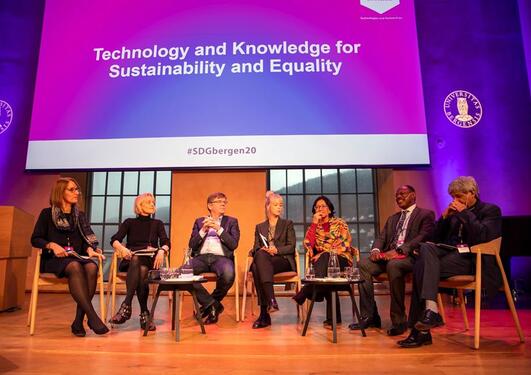 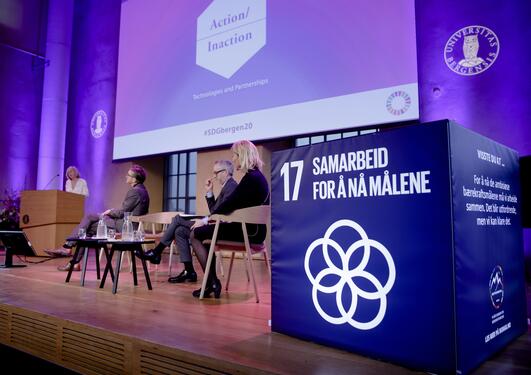