Julia Regina Brandenberger successfully defended her thesis, entitled “Asylum-seeking children at a Swiss tertiary hospital”, 11 November 2020. She is a Doctor Philosophiae (Dr. philos) Candidate from both the Centre for International Health (CIH) at the University of Bergen (UiB) and the University Children’s Hospital Basel.

CIH has had the opportunity to be associated with a few Dr. philos Candidates over the years. The degree provides an excellent opportunity to expand the Centre’s international networks to include more up and coming young researchers. Although considered equivalent to a PhD, the Dr. philos degree training differs from that of a PhD in that it is an independent degree where the candidate does not have formal supervision or organized training. Candidates must also secure their own funding support. The Defence process for Dr. philos involves 2 public trial lectures, where the Candidate selects the topic of the first, and the Committee selects the topic of the second. These lectures are followed by a public defence of the thesis on the next day.

Brandenberger is an engaged public speaker. She makes her message accessible and easily understandable with her “story-telling” approach. See links to videos of her lectures in the Fact Box to the right.

Transitioning between clinician and researcher

Brandenberger did not begin her career as a researcher! She came to UiB for a course in nutrition. For her, the course was a testing of the research career waters. Trained as a medical doctor and paediatrician, Brandenberger worked in Niger and Tanzania with Doctors Without Borders (Médecins Sans Frontières (MSF)). In the project in Niger, she encountered large numbers of malnourished children and was frustrated over the lack of evidence-based information about standardised treatment protocols. She determined to learn more. The nutrition course was led by Thorkild Tylleskär. Tylleskär became her mentor-supervisor at UiB. Brandenberger calls him a kind of “Robin Hood” for independent-minded, research-oriented young thinkers – guiding them and helping them focus their engagement so that they can successfully get an academic degree by completing a PhD / Dr. philos.

Brandenberger is a humanitarian, subscribing to the belief that all human beings are born free, equal in dignity, and equal in rights. Her work, first with MSF in Niger and later at the University Children’s Hospital Basel, has involved migrant populations. Both the WHO and the Lancet have focused on the topic recently: WHO Draft Global Action Plan / The Lancet Commission on Migration and Health 2018. They report that 1 in 7 or around 1 billion people are “people on the move”.

In recent years, researchers have been becoming increasingly interested in questions relating to migrant health, including Esperanza Diaz at UiB, who was the Committee Leader for Brandenberger’s Defence. Diaz recently co-hosted a conference on Migration Health in Bergen. Read more about Diaz’ work in this area.

Since beginning her career as a paediatrician, Brandenberger has become increasingly interested and concerned in what migration means for the health of growing numbers of children involved. Her initial literature searches revealed that the field of paediatric migrant health is currently underexplored and understudied. She therefore undertook research aimed at generating data to gain a better understanding of at least some aspects of this need. She used data gathered at a Swiss tertiary hospital, the University Children’s Hospital Basel, where she works, to compare aspects of the health needs of asylum-seeking children with those of the local non-asylum-seeking population.

Including both the bigger picture and the specific

The Defence Committee challenged Brandenberger to move beyond her important clinical work with migrant children to consider the “bigger picture” – moving beyond the micro-, to the meso- and macro-levels. For her second Trial Lecture, they assigned her the title “Frameworks, theories and hypothesis to cover the contexts and social-cultural underpinnings that come into play with health seeking for migrant children”.

After presenting some relevant background information and definitions, Brandenberger loosely based her lecture around a case study of a child migrant with a medical complexity. It helped to clarify the multi-faceted, multi-dimensional aspects of the assigned topic Brandenberger was asked to address, and illustrated the numerous factors and approaches health workers need to learn more about when treating cases in migrant health, particularly the health of the more vulnerable migrant children with health complexities.

As Brandenberger reflected on the many different macro-, meso-, and micro-aspects, she highlighted balancing humanitarian activity, which is often the first reaction to a critical incident, with public / global health infrastructures, which tend to manage the longer-term health responses. She advocated moving from traditional charitable and paternalistic approaches to more inclusive, empathetic ones.

In her lecture, Brandenberger discussed a number of theoretical approaches that can enhance the effectiveness of medical care delivery to migrants, including the AAAQ framework developed by the Danish Institute for Human Rights, the need to consider the behavioural, cultural, and structural aspects of migrant health research frameworks, as well as the importance of considering the various aspects of a migrant’s journey (home – transit – host countries), and various migration channels.

Brandenberger and colleagues conducted a systemic literature review of migrant health care delivery. They identified three main, inter-related challenges: Communication, Continuity of care, and Confidence. According to their review, their “3C Model 3C model gives a simple and comprehensive, patient-centred summary of key challenges in health care delivery for refugees and migrants. This concept is relevant to support clinicians in their day to day practice and in guiding stakeholders in priority setting for refugee and migrant health policies.”

Reflecting on best practice, and learning from experience, Brandenberger summarised how using the 3C model and the other frameworks, theories and hypotheses could have helped the health workers improve the various levels of care they gave to the child with the medical complexity in the case study she used in her second lecture.

Brandenberger re-states SDG 3 as a framework for her thesis work: it is essential that all people have timely access to health care to ensure healthy lives for everyone at all ages.

During her work at the University Children’s Hospital Basel, Brandenberger began to wonder if there were differences between the health care needs and experiences of asylum-seeking children at a Swiss tertiary hospital compared to the local non-asylum-seeking population. She decided to undertake a number of research projects aimed at helping to better understand this question. These projects formed the basis for her Dr. philos thesis.

The results showed that the asylum-seeking patients represented a small portion of the paediatric patient population. While the results showed that the health needs of the two study groups were similar in terms of communicable diseases, they highlighted the existence of a sub-group of asylum-seeking children who have frequent health visits and need complex care. Research to understand this vulnerable group, however, is lacking. In addition, Brandenberger noted that the needs of the asylum-seeking paediatric patient population as a whole may quickly vary with changes in migration patterns. She therefore advocates continuous monitoring of the situation so as to be able to adapt health care delivery appropriately.

Many countries have intense public discussions around the issues of migration and health. It is therefore critical to generate data so that any policy and decision-making will be evidence-based. Brandenberger’s work underlined that having a strong primary care health system adapted to asylum-seeking patient needs is important to providing effective, good quality and cost-effective holistic health care. Interpreter services and cultural sensitisation training are key components of holistic care. The efforts undertaken at the tertiary service, University Children’s Hospital Basel, and at the corresponding primary and secondary services in Basel-Stadt, may serve as a model for other regions.

Paper I: Health care provided to asylum-seeking and non-asylum-seeking paediatric patients at a Swiss tertiary hospital. (Manuscript under review)

Links to other publications

Second Trial Lecture: “Frameworks, theories and hypothesis to cover the contexts and social-cultural underpinnings that come into play with health seeking for migrant children”

- Asylum-seeking patients are a small and diverse part of the pediatric patient population whose needs quickly change with different migration patterns. Continuous monitoring of their characteristics is needed to adapt health care delivery to their changing health needs.

- The health needs of currently asylum-seeking patients in the local context are comparable in terms of communicable diseases. The population of asylum-seeking children in need of complex care has been overlooked so far. Health programs need to be tailored to the needs of this particularly vulnerable group.

- Findings from this thesis suggest a relatively strong primary care system for asylum-seeking patients in this particular context, which could serve as a model for other regions.

- Strategies to prevent non-urgent visits at emergency departments are needed to ensure an efficient use of the health care system by all persons living in the country.

- For a cost-effective and high-quality health service delivery to asylum-seeking patients, primary care needs to be adapted to their needs. This implies the availability of interpreter services for primary care physicians and new models of holistic care, facilitating a trustful relationship between health care providers and asylum-seeking caregivers.

- Continuous monitoring of the characteristics of asylum-seeking patients is needed to ensure that changing patterns are detected and health care delivery is adapted to their changing needs. Systematic registration of the asylum-status at reception desks is important to allow high quality research in this field. Europe-wide electronic health records could facilitate longitudinal monitoring of the health status of asylum-seeking patients.

- Research on asylum-seeking patients in need of complex care needs to become apriority to learn about their health needs and develop targeted health programs.

- As the field of migration and health is subject to intensive public discussions, it is particularly important to base policies and decision-making on solid evidence and communicate it to the public. The evidence needs to be applicable to the specific context to prevent harmful consequences, both for asylum-seeking and non-asylum-seeking populations.

- Asylum-seeking patients in need of complex care are a particularly vulnerable group. Health programs, tailored to their special health needs are required.

- There is clear evidence from this and other studies that a strong primary care system, adapted to the needs of asylum-seeking patients is important to provide efficient, good quality, cost-effective health care to asylum-seeking families. Financing interpreter services for primary care physicians is of central importance to reach this goal. Models of holistic care, including social, health, and law counselling of asylum-seeking families need to be further developed and implemented to allow a patient-centred care. 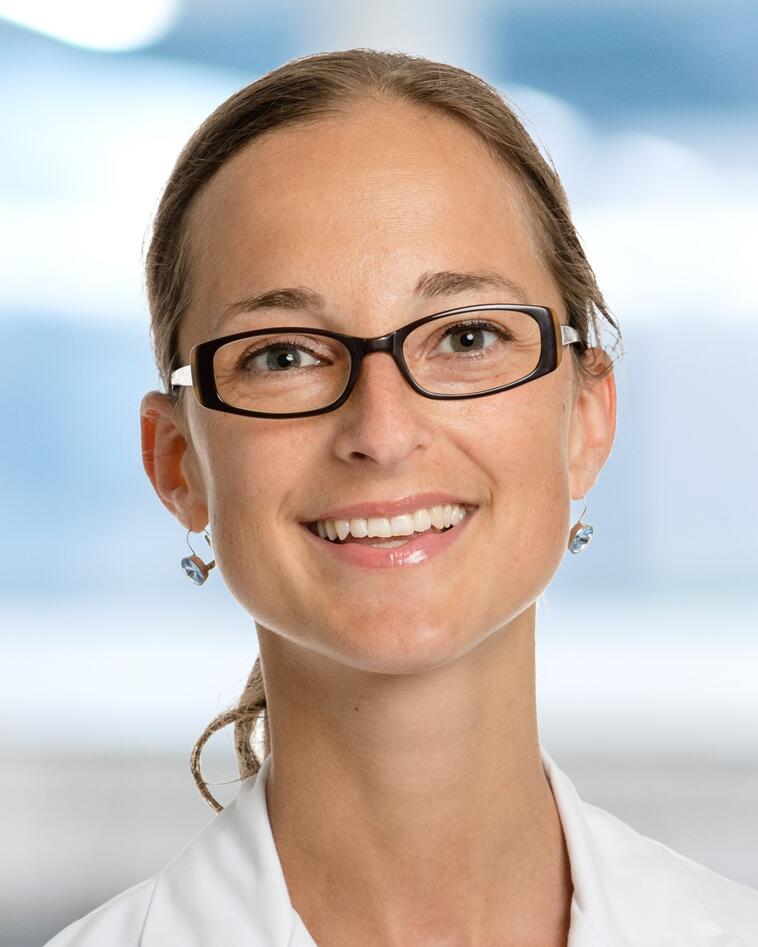 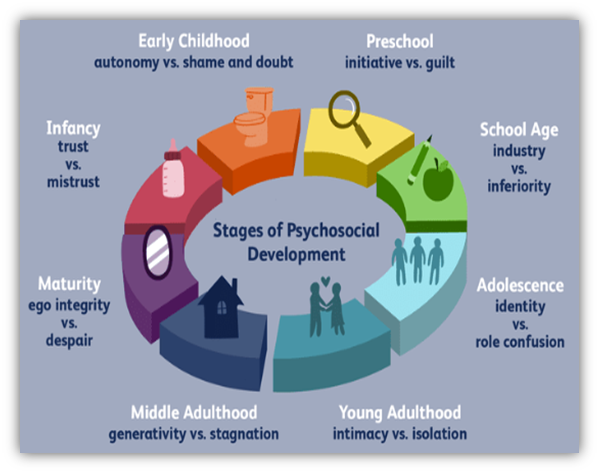