Use of healthcare services by injured people in Sudan

Injuries are a growing problem worldwide, and almost 6 million people die each year as a result of injuries. This is over 30 percent more than the number of deaths caused by malaria, tuberculosis and HIV/AIDS combined.

Emergency care to prevent death and disability
In low and middle-income countries (LMIC) the growing burden of injuries such as road traffic accidents, falls, burns, poisoning, mechanical injuries and violence represent serious public health challenges. Emergency and trauma care is an important factor in preventing death and reducing disability.
Researcher Sally El Tayeb, who earlier this year defended her PhD on injuries in Sudan, has now published a study which is going further into the use of healthcare services after injury in Khartoum State, Sudan. El Tayeb, herself a Sudanese, emphasizes that trauma care should be an essential part of universal health coverage.

Scarce health resources in Sudan
Sudan is a country with scarce health resources – the total expenditure on healthcare per person is 180 US dollar compared to 310 US dollars in Egypt. In the study led by El Tayeb, the researchers focused on the area of Khartoum State. Here, formal health services are heavily centralized. In total, Khartoum State has 49 hospitals and 15 intensive care units, with 9 hospitals located in rural areas. As an indicator of surgical capacity, half of all Caesarian sections in Sudan are carried out in Khartoum State. In this area, injuries are one of the ten leading reasons for attending the outpatient clinics and formal health units.

Formal healthcare vs. traditional healing
A national survey conducted in 2010, revealed that about half of the injured people in Sudan took advantage of formal healthcare, while about 30% went to a traditional healer. Traditional healing is common in several urban and rural populations in low-income countries, and it has strong historical and socio-cultural roots. In Sudan and in Khartoum State traditional healers and so called bone setters are involved in treating many types of injuries.
Collaborative programmes for re-training and integrating the work of these practitioners could be effective in reducing post-trauma morbidity.

Family or friends provide the first aid
The total number of individuals included in the study was 5661. Injuries occurred in 441 cases, and first aid was provided in almost half of the total injury events. First aid was carried out by family or friends in more than 30 percent of all cases, while less than 1.6 percent of the injured received first aid from medical personnel.
Almost 80 percent of those suffering road traffic injuries used public health services, while far less (37.6%) of those injured after falls were treated at public facilities. 42 percent of the persons with burns were treated at home. In total; public healthcare facilities treated about half of the injuries.

Men more likely to seek formal healthcare
Males were almost twice as likely to use formal healthcare services compared to females. In addition to sex, level of education, socio-economic status and cause and place of injury had an impact on the use of formal healthcare.
How old the injured person was did not affect the choice.

The reasons for seeking formal healthcare varied, those in the lowest socio-economic group the main reason given was the seriousness of the injury, while for the highest socio-economic group, distance to health facility was the main reason provided. Affordability of the formal health service ranked third in defining the type of care chosen among the injured.

Transport to hospital – few use the ambulance service
The informants in the study were also asked about the means of transport used to reach formal healthcare. In the lowest socio-economic group, 16% walked or used public transport to reach a healthcare facility. In the case of the highest socio-economic group, 53% used a private car.
In Khartoum State, there are 22 strategically located ambulance centres, with 28 ambulance cars to serve communities. In 2009, a free call centre for the ambulance services was officially opened. However, the main means of transport used in this study were similar to what was found in other low and middle income countries (LMICS); where those injured were mainly dependent on the use of a commercial or private car. This could indicate that the ambulance services are still not readily available for injured people.

Investing in training and understanding healthcare utilisation
The UNs post-millennium development goals include a special emphasis on improving universal health coverage for injured people. The results of this study regarding pre-hospital trauma care, first aid responses, transport to health facilities and choice of type of healthcare highlight the need to understand the dynamics of healthcare utilisation in detail.
Adequate pre-hospital and hospital care can reduce both mortality and disability.Pre-hospital care is scarce in most LMICs, and investing in training potential first-responders identified by local communities can be valuable, perhaps in collaboration with traditional orthopaedic practitioners.Gender inequality and other socio-cultural factors are also important dimensions that need further attention. 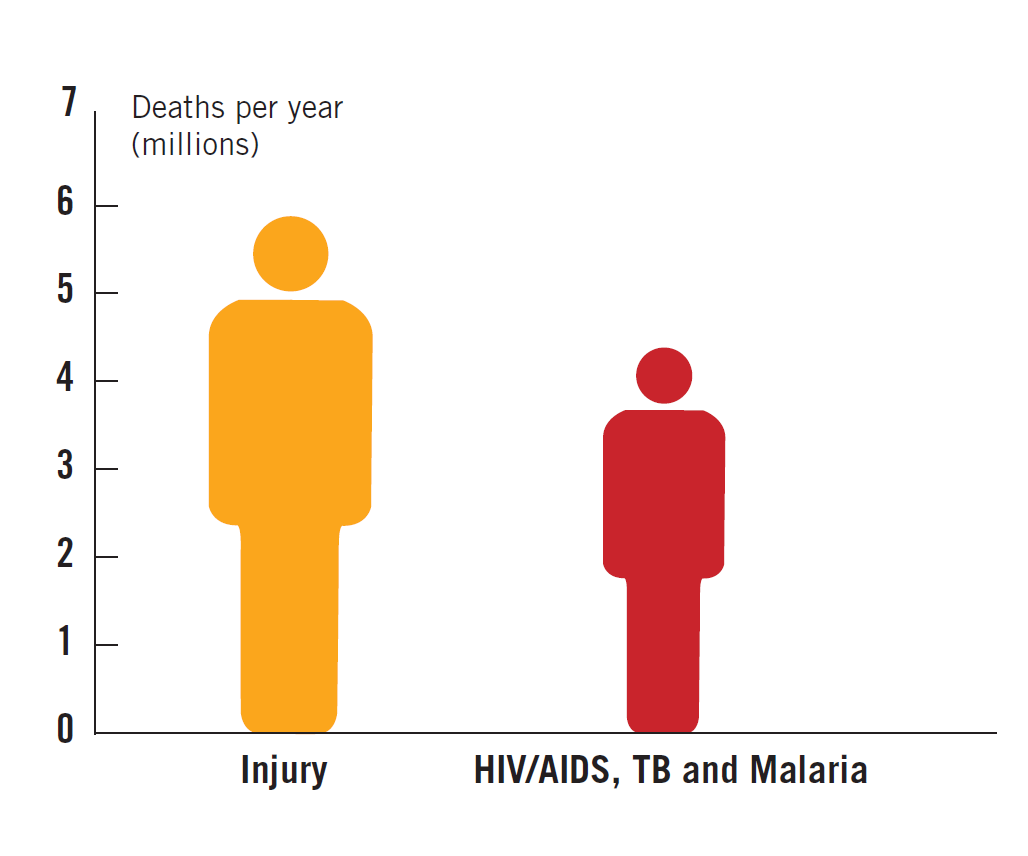 The scale of the problem: About 5.8 million people die each year as a result of injuries. This accounts for 10% of the world’s deaths, 32% more than the number of fatalities that result from malaria, tuberculosis, and HIV/AIDS combined.
Photo:
Injuries and violence: the facts. Geneva, World Health Organization, 2010. 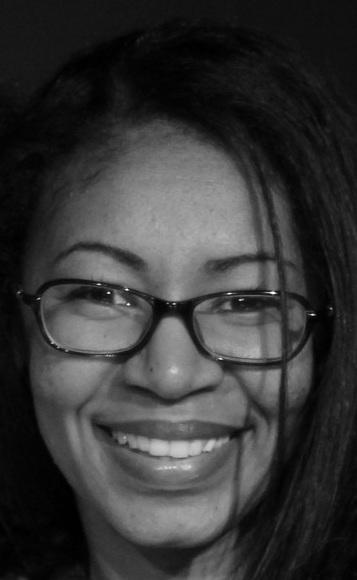