How do parents argue for their right to care?

In this recently published article in the Journal of Social Work, PhD fellow Ida B. Juhasz (DIPA, UiB) examines how parents in child protection proceedings argue their case, defending their right to care for their newborn baby.

Defining when it is acceptable to intervene into the private life of families to safeguard a child is a long-standing debate and challenge. Removing a newborn from his or her birth parents’ is undoubtedly a stark display of state power.

Denying harm or risk and contesting the process

The study includes 132 newborn care order cases in Norway between 2012 and 2016 where parents objected to the care order decision. These are selected from a pool of all newborn cases over the time period – in total 177 cases. Each of these were carefully analyzed with respect to the type of argument parents used, the case focus and related parent health or disability.

Findings reveal that the three main argument types – justification, excuse, and rationalization – are very much simultaneously present in parents’ argumentation. Parents applied both justification and excuses in over 90% of the cases and rationalized in over 70% when affirming their adequacy and worthiness as new parents.

– Looking closer at each type of argument, almost all cases with justifications were focused on denying alleged harm or risk, and parents rather emphasizing positive traits and descriptions of their capacities and circumstances, says Juhasz.

Justifications such as these were present in approximately 96 % (N=127) of the 132 cases under analysis.

In addition to these cases, parents also provided justifications related to undue processes in 41% of the cases, criticizing the Child Protection System (CPS) for having offered inadequate services leading up to the care order.

– These findings may point to a form of institutional distancing, where parents involved with child protection proceedings object to the standards of the child protection system, revealing differing normative perceptions, claims Juhasz.

The study also finds that most parents (95 %, N=126) accept that their past behaviors have been negative and thus expressed an alignment in perceptions of risks to the newborn. Excusing past behavior was typical, for example through claims of change, blaming and defeasibility – that the parenting task was impossible at the time. However, when such arguments were used, the parents did not assume responsibility for their situation.

– Many parents oriented blame towards the CPS, stating for example that intervention caused disruption and stress, or blamed other external factors related to themselves, such as their background, illness or other aspects affecting their functioning, argues Juhasz.

While acknowledging past insufficiencies, parents seem to adopt a perspective centering on reformation, eager to improve their parenting.

Prevalent in approximately 70 % of the cases under study was the application of rationalization arguments. Rationalizations firstly acknowledged that the parenting capacities and the situation in question could be probed, but still should be seen as normal. Over 60 % of parents who rationalized claimed that CPS concerns and insufficiencies were indeed within the scope of normal parenting, including a minority of new parents explicitly asking to be granted leeway due to inexperience.

– In almost half of the cases with normalization arguments (N=37), parents admit that particular concerns posed by the CPS are indeed legitimate. Also, in about a third of the cases, parents claim that they deserve to parent, stating love for the child, and claiming the baby to be a turning point in their lives as sufficient grounds for retaining care rights, argues Juhasz.

– Different parenting risks seem to affect parents’ inclination to assume responsibility or align with the concerns raised by the Child Protection System. However, it could also be that some types of risks are harder to defend, says Juhasz.

While the study offers new and important insight into the perspectives of parents in challenging cases of care orders, it also points to the dire need for more knowledge about parents’ understanding of child protection services and clear communication between parents, legal counsel, and social workers. Despite presenting multifaceted arguments, justifying, excusing, and rationalizing parental behavior, in most cases (93%), the decision-makers in the County Board remain unconvinced by the arguments and evidence presented by the parents.

The article is open access and available by clicking the link below.

Centre for Research on Discretion and Paternalism

Research centre at the Department studying the relationship between the state and its citizens, with a particular focus on child protection and children's rights. 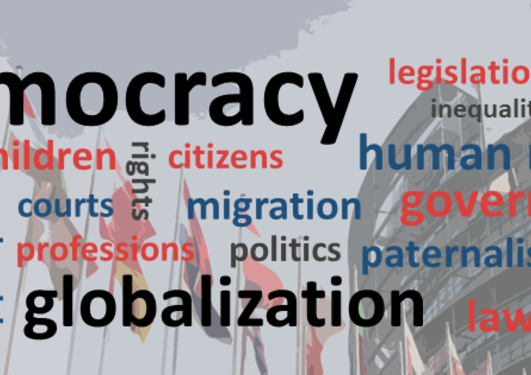 Law, Politics and Welfare is one of the research groups at the Department of Government, and part of the Centre for Research on Discretion and Paternalism and the Centre on Law and Social Transformation.