The prize, established in 1969, is only awarded every four years for “a notable application of combinatorial theory.”

In 2021 the prize goes to Professor Fredrik Manne along with his two international colleagues Assefaw Gebremedhin from Washington State University and and Alex Pothen from Purdue University.

They were chosen specifically for their work  “What Color is Your Jacobian? Graph Coloring for Computing Derivatives,” which appeared in SIAM Review in 2005.

This article describes efficient algorithms to solve several variant coloring problems and then applies them to compute Jacobian and Hessian matrices — matrices of derivatives that are central in many fields of science and engineering, as well as a powerful back-end tool in machine learning. The paper was written when Gebremedhin was a PhD student at The University of Bergen, supervised by Manne.

As well as his accomplishments within his field of research, Manne is also a popular lecturer, and has previously been awarded the prize for best teacher as well as the title of Excellent Teaching Practitioner at  the Faculty of Mathematics and Natural Sciences at the University of Bergen. He is currently Head of Teaching at the Department of Informatics.

Fredrik Manne did both his master’s degree and PhD and The Department of Informatics at UiB, and after several years using his expertise in Norsk Hydro and Parallab respectively, he returned to work at the department in 1998.

His interests are mainly in the area known as combinatorial scientific computing, more specifically in designing efficient parallel algorithms for combinatorial problems that arise in scientific applications. 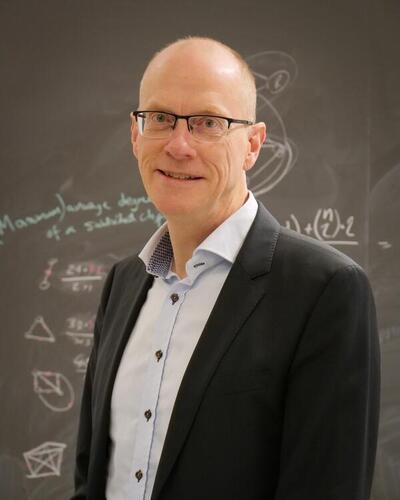