Eivind Valen is researching the data in our cells.

Eivind Valen is a professor of bioinformatics and is researching biological big data to understand the human body.

- I am a bioinformatician, so I work to answer biological questions, rather than to develop the coolest algorithms. We see ourselves as biologists who use different means than clinical biologists do – more statistics, mathematics, and machine learning – to extract meaning from biological data, Eivind explains.

It wasn’t obvious that Eivind would end up in this particular academic field.

- Originally, I am an informatician, which I enjoy a lot. But working in the private sector while studying, I realised I wasn’t interested in developing someone else’s apps. I decided to explore other ways I could put informatics skills to use, says Eivind.

In 2004, Eivind’s partner had moved to Copenhagen. Eivind decided to follow suit and see what opportunities he could find there as a student.

- Bioinformatics was the hot new thing back then, so I gave it a go. After a while I did some biology courses as well, so I could better understand what I was actually working with.

Even if the initial choice was done arbitrarily, Eivind soon became engrossed by the biological conundrums. After having finished his PhD at the University of Copenhagen, he moved on to Harvard University and the Broad Institute, where he worked as a postdoc.

Eivind is now leading the Valen group at the Computational Biology Unit at the University of Bergen, where they are working towards solving questions surrounding regulation of gene expression.

All of the cells in our bodies have the same genetic code, and yet they look different and do different things. This is due to their gene expression: How does a cell choose what to do? How does it decide how much of a certain protein should be produced in a certain context?

Unusual cell behaviour can be the cause of illness, but such abnormalities are not easy to find. Eivind believes informatics is the perfect tool for the task.

- Informatics can be used to process, visualise, and understand the biological data. In the long term, the goal is to model everything happening in our cells, so we can get a holistic understanding of how our bodies work.

Professor Eivind Valen is leading the Valen group at CBU and is an associate group leader at the Sars centre and NCMM. 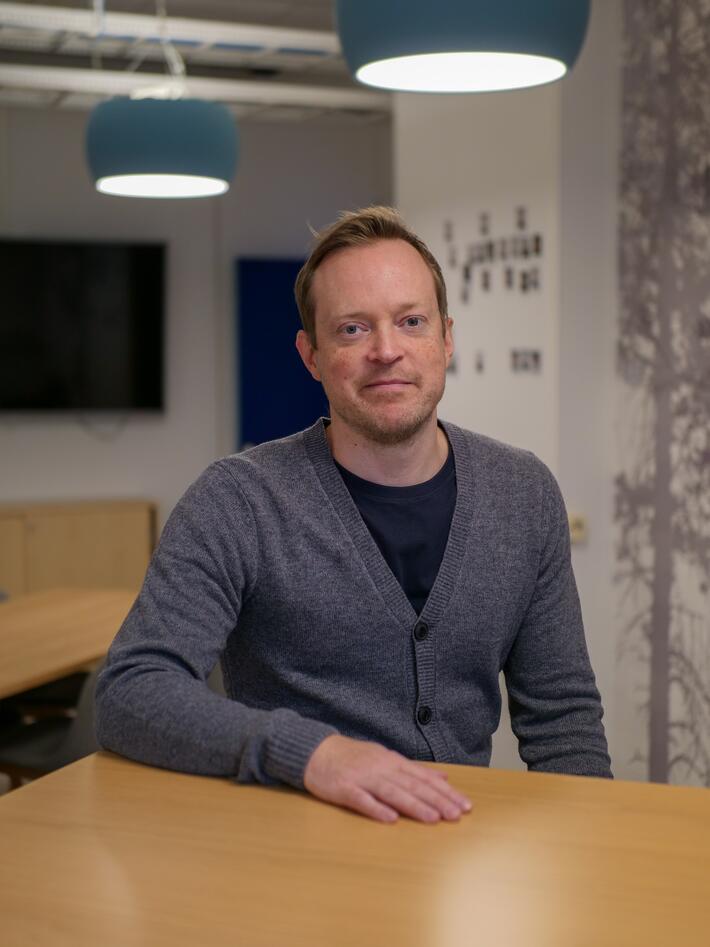