An eventful semester in India

Stephany Rasathurai and Lene Yvonne Kvilhaug are the first law students from Bergen to visit India as exchange students.

Lena and Stephany are pictured here in Agra Fort together with some local Indian women. "It's been striking that Indian tourists have bee just as interested in taking pictures with us as they have of taking pictures of the actual tourist attractions," explain the Norwegian students.
Photo:
Private

"Compared with Norway, being a student in India is a completely different experience," says Stephany Rasathurai.

Together with Lene Yvonne Kvilhaug, Stephany spent the autumn semester of 2016 on exchange at the National Law University Dehli (NLUD). This represents the first time that the Faculty of Law has provided an exchange programme for students to go to India.

Stephany and Lene were in India from July until the middle of December. They were impressed by the high standards of the teaching and the other students at NLUD.

"Stringent admission requirements and few places mean that it is extremely prestigious to be one of the few students matriculated at NLUD. The system and the teaching are totally different from what we are used to in Bergen, but that is a part of the experience. The students work tirelessly and there is a massive focus on future work opportunities," they explain.

The two girls found it to be a very different experience being a student in India, in terms of the teaching, the academic life, the culture and the relationship between lecturers and students. The workload was also more than they were used to in Norway.

"At NLUD, lectures and classes started at 9 am and went on until around 3 pm, Monday to Saturday, after which the students then concentrated on homework. As the prestigious university that NLUD is, it's understandable that the students are under pressure to work hard, and the teachers have high expectations with regard to student performance and work ethic. There's definitely no shortage of work!" says Lene.

The Norwegian girls have naturally experienced some major cultural differences between Norway and India. This was something of a challenge at the start of the semester, but at the same time has meant that the girls have gained an entirely new cultural understanding. The contrasts in the country are huge, and on campus the male and female students live in segregated accommodation. Outside the campus gates, cows wandered freely on the streets.

"The cow is considered sacred in India. Of course, it was quite something to see that cars would be more likely to stop for cattle than for people," they admit.

Both Lene and Stephany lived on campus. It is home to around 500 students, as well as many of the professors and employees of the university. The campus has its own cash machine, cafeteria, basketball court and badminton court. The girls think they were well-received at the university, saying they made many friends in the area.

"We were collected from the airport, and were soon put into contact with a fifth year student who showed us round and gave us some information about the university. Our fellow students were very welcoming and we have made several good friends. One unfortunate thing that I would like to point out would be that the flow of information from the university directly to us was not particularly good. We were quite dependent on our classmates forwarding the information to us," says Lene.

Take life as it comes

Stephany and Lene found that Indian students tend to spend more time on their studies that the Norwegians, and also noticed that the students often concentrated their extra-curricular activities on things that may benefit their careers, rather than social arrangements. There was still time for restaurant outings, tours and exercise, while more special, one-off events such as Diwala (Hindu festival of lights) and Halloween parties were organised at regular intervals. The girls also spent time travelling and getting to know the area.

"We saw the sights in Delhi and beyond, ate fantastic Indian food, went shopping at the markets, and got to know other students off campus," says Stephany.

The girls came back to Norway a couple of weeks ago. They return with the memories of countless unique experiences and important lessons learned.

"We have got to know ourselves better, challenged ourselves, refined our English and become more independent. We also got to see how life is for students and other people on the other side of the world. Even though they do not have as much of a systematic society as we do, things work out, and seeing that is quite relieving. Now I "take life as it comes". I think everyone could benefit from travelling and experiencing new cultures," says Stephany firmly. 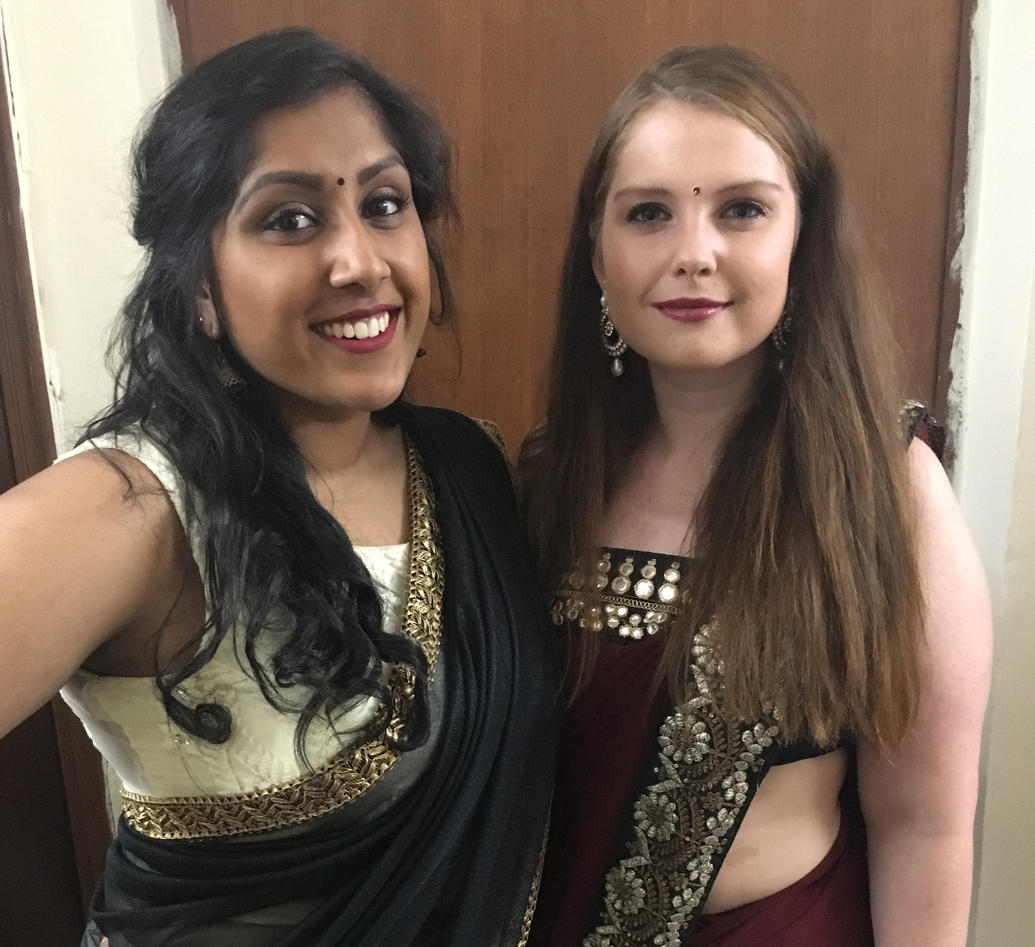 The girls ready to celebrate the "diwali" festival of lights. The outfits they wear are a traditional Indian garment made of a 5-6 metre long drape which is wrapped around the body.
Photo:
Private 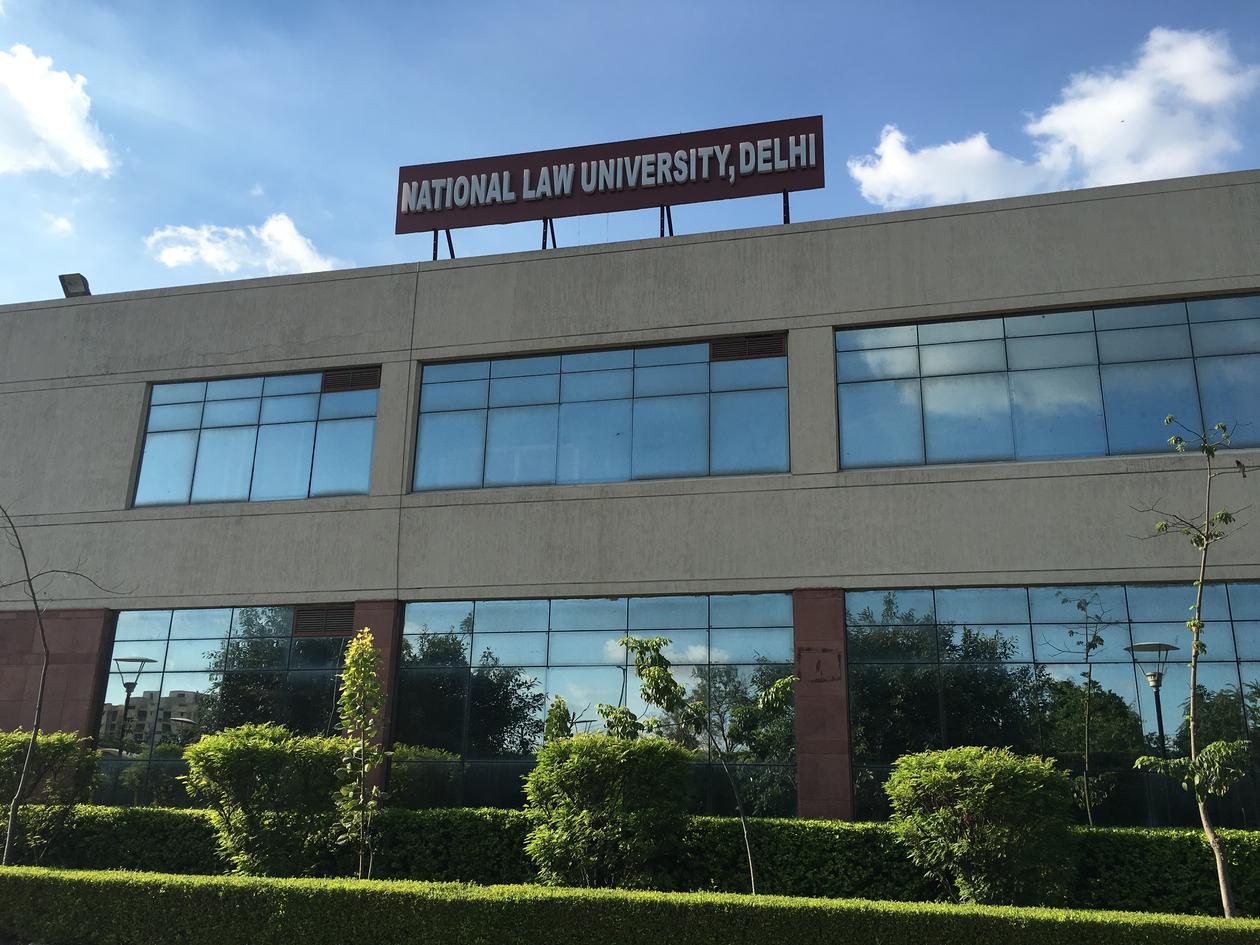 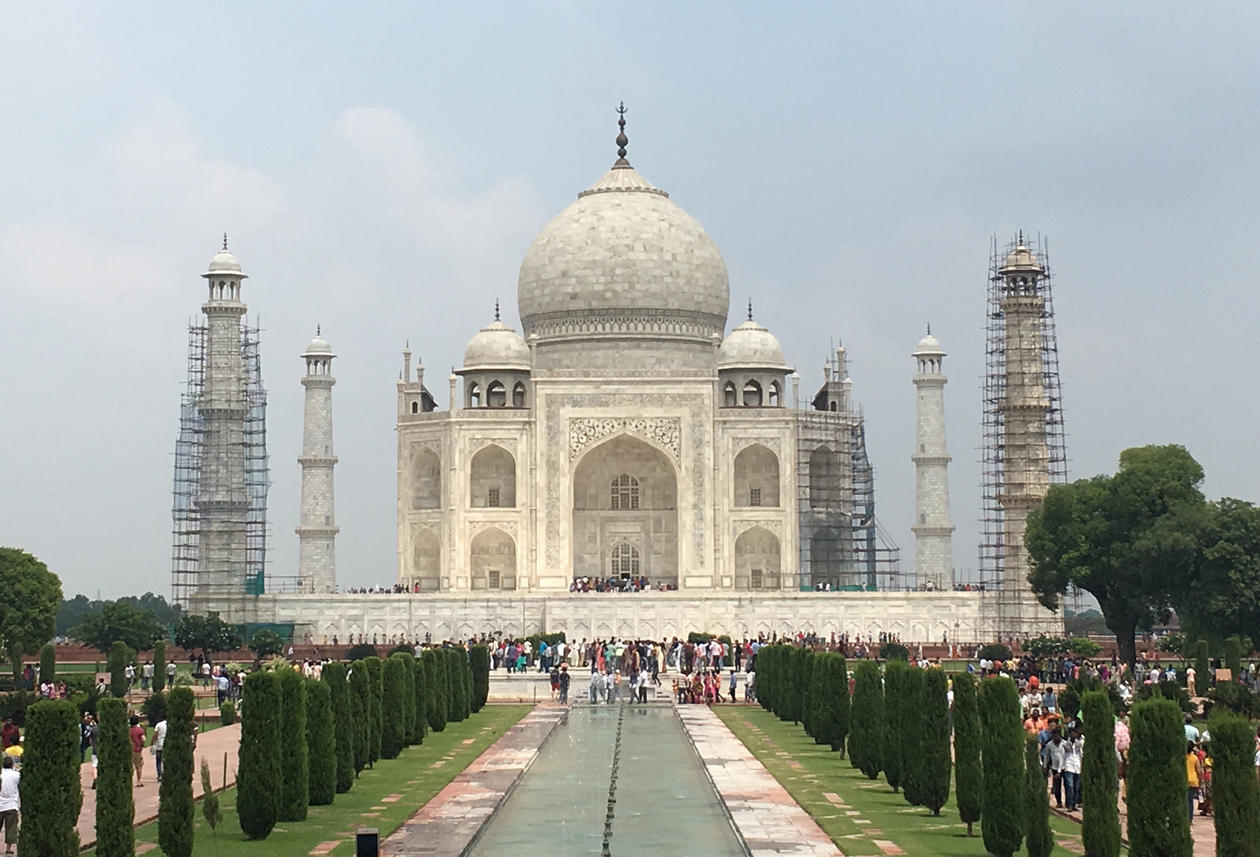 The Taj Mahal is located in the city of Agra and is on the UNESCO World Heritage List.
Photo:
Private 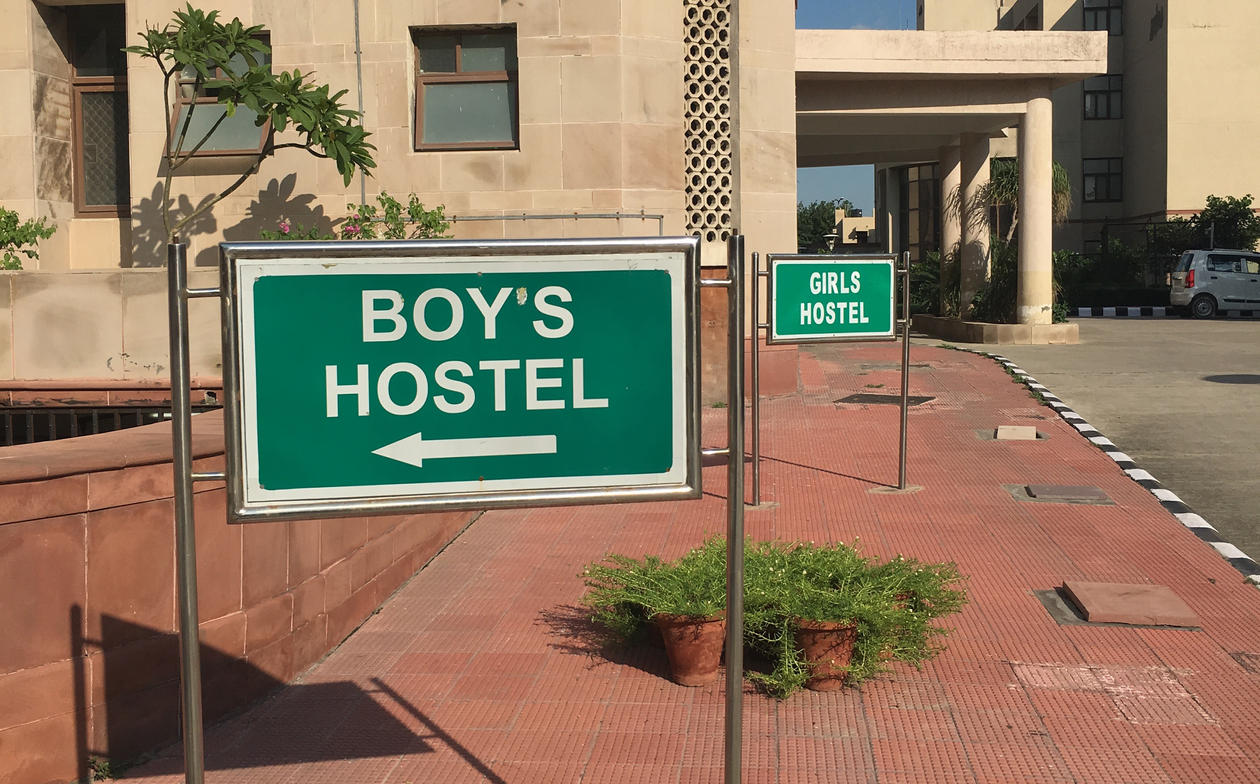 On campus, the male and female students each have their own separate accommodation. Lene and Stephany lived in the university’s "guest house" which is reserved for visitors.
Photo:
Private 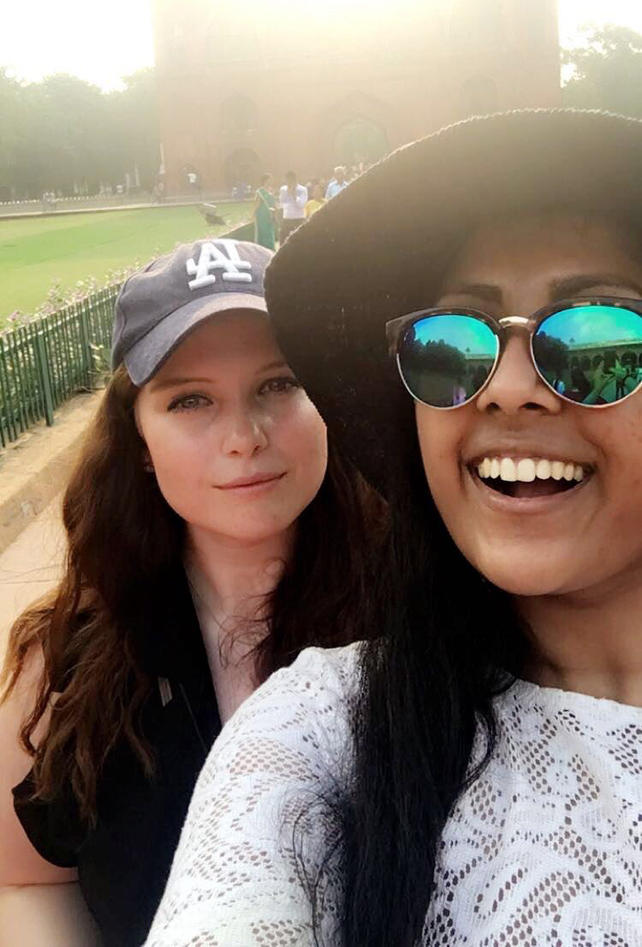 Lene and Stephany have had a semester out of the ordinary.
Photo:
Private