Law students from the University of Bergen may now study at some of the best law faculties in China!

During a visit to China in November, cooperation agreements about student exchange were signed. Law students from the University of Bergen may now study at China University of Political Science and Law (CUPL) and Renmin University of China, both situated in Beijing. Likewise, Chinese law students may come to Bergen to study.

In addition, it has been agreed that law students may also exchange through the already existing cooperation agreement between Fudan University Shanghai and the University of Bergen.

– Students who go to China will acquire a unique competence by learning about Chinese law, and at the same time gaining insight in the Chinese culture and society. China will become more and more important in the years to come, and the trade and cooperation with China will increase.  As a result of this, also the need for lawyers who have knowledge and experience from China will increase, says dean Asbjørn Strandbakken.

There are law courses taught in English at all three universities. Hence, Norwegian students do not have to learn Chinese to be able to study in China.  Many of he courses which are offered in English are about Chinese law, but there are also courses about International law.

At both the universities in Beijing, and at Fudan in Shanghai, students will have numerous courses taught in English to choose from. At Fudan University, there is also a Nordic Centre which has 26 Nordic universities as its members, among these the University of Bergen. At the Nordic Centre, academic activities such as seminars, conferences and lectures are held for both Chinese and Nordic students and researchers.

The best among 625 law faculties

The two law faculties in Beijing which whom agreements were signed, are both among the very best of the 625 law faculties at the 2000 universities in China. Both Renmin and CUPL are ranked as either number one or number two, but the order of the two varies depending on different rankings.

These two universities are also among the most internationally focused universities in China, and have experience and well established routines when it comes to welcoming international students. This will be important when the Norwegian students are going to adapt to living in a foreign country with a culture which is very different from Norwegian culture, and with a language very few Norwegian students are able to speak or understand when they arrive.

Research cooperation and exchange of PhD-students

Cooperation within other areas than student exchange was also discussed during the meetings in Beijing. CUPL-representatives emphasised that also PhD-candidates were welcome to come for a study abroad period. Hence, PhD-students at the Faculty of Law in Bergen may complete the elective part of the PhD-training programme, or parts of it, during a stay at this university in Beijing.

–    The Chinese legal culture is very different from the European. As China’s impact and importance for the world economy is becoming more important, knowledge of China’s legal culture will be very useful. PhD candidates who have followed the “Perspective” PhD course at the Faculty would be well prepared for, and could benefit greatly from a stay in Beijing, says vice dean of research Ragna Aarli.

The Chinese ministry of education appoints Centers of Excellence within various research areas. Around China, a total of nine centers of excellence have been appointed within law- and social sciences. Two of these are centers for criminal law and civil law, and have been appointed at Renmin University.  To maintain their high status Renmin must continue to have the best research centers for criminal law and civil law in China.

In relation to this, dean Asbjørn Strandbakken mentioned that an evaluation performed at Stockholms University, Sweden, singles out the Faculty of Law in Bergen as the strongest criminal law research community in the Nordic countries. Hence there is little doubt that the two faculties will benefit from cooperating on research within criminal law.

The representatives from Renmin also pointed to human rights as an area of research where they knew Norway in general, and especially the Faculty of law in Bergen, is strong.  One could imagine that China and human rights would be a delicate subject, but this is not the situation within the sphere of academia.

– Chinese researchers are hard working and ambitious, and have realized that they need to be familiar with, and understand which constraints human rights pose, if they are going to have success in cooperating with western countries. If we don’t do like them, and familiarize ourselves with their legal culture, we will be the ones who struggle with the interaction, says vice dean of research Ragna Aarli

During the visit to Beijing, the delegation from the Faculty of law also visited China Foreign Affairs University. Professor Li Hongbo who was a guest researcher at the Faculty of Law in Bergen during 2010/2011 belongs to this university, and had asked the dean to give a guest lecture to the law students. It was a deeply concentrated and attentive group of students who got an introduction to Norwegian criminal procedure.

– Judging from the questions they asked and the high level of their English, we can really look forward to welcoming more Chinese students to the Faculty of law in Bergen. Their experience and knowledge from a legal system which is very different from the Norwegian system, will lead to interesting discussions during the courses the students will attend while they are in Bergen, says dean Asbjørn Strandbakken.

Also at this university, they were very interested in developing cooperation with the Bergen Faculty of law.  After the guest lectures, there were mutual talks on future cooperation, especially about future student exchange.

– One of their students had originally planned to apply for admission to various top universities in USA, but after talking to professor Li Hongbo and hearing about his experience from Bergen, this student rather wanted to come to Bergen to study. I feel honoured on behalf of the faculty.  It shows that our list of courses taught in English is attractive and interesting for international students, says Strandbakken.

During a guided tour around campus, law student Wang Haipei told us that up to seven students often share a room in the student dormitories due to lack of space at campus. However, the situation for the international students is different; They are only two students sharing a room. The situation for the Chinese students will also improve shortly. A new campus with more space is under construction, and will be ready next year.

Hoping for increase in student exchange between China and Norway

At the faculty of law at CUPL they are working towards establishing new exchange agreements in order to be able to offer a study abroad period to all their students during their university studies. At Renmin, about half of the students wish to go abroad to study. From the fall semester of 2012 and onwards, some of these students will come to Bergen and the Faculty of law.

– We will continue to develop the cooperation with China in the years to come. Our efforts in establishing exchange agreements with China, should secure that more of our students choose China as the destination for their study abroad period, says dean Asbjørn Strandbakken.

Strandbakken says that the delegation from the faculty was met by friendliness and great hospitality during the visit to China. Based on this, he is convinced that the Norwegian students will feel comfortable at the universities where the faculty has signed cooperation agreements.

Strandbakken also stresses that while many students are focusing too much on getting good grades, future employers will also find it to be of great importance that you have gained a unique competence during the law studies, by studying abroad.

–  I sincerely believe that a stay in China, where you get to know both the culture, the language and Chinese law, will be of great value in the globalized  world which we are facing today, Strandbakken concludes. 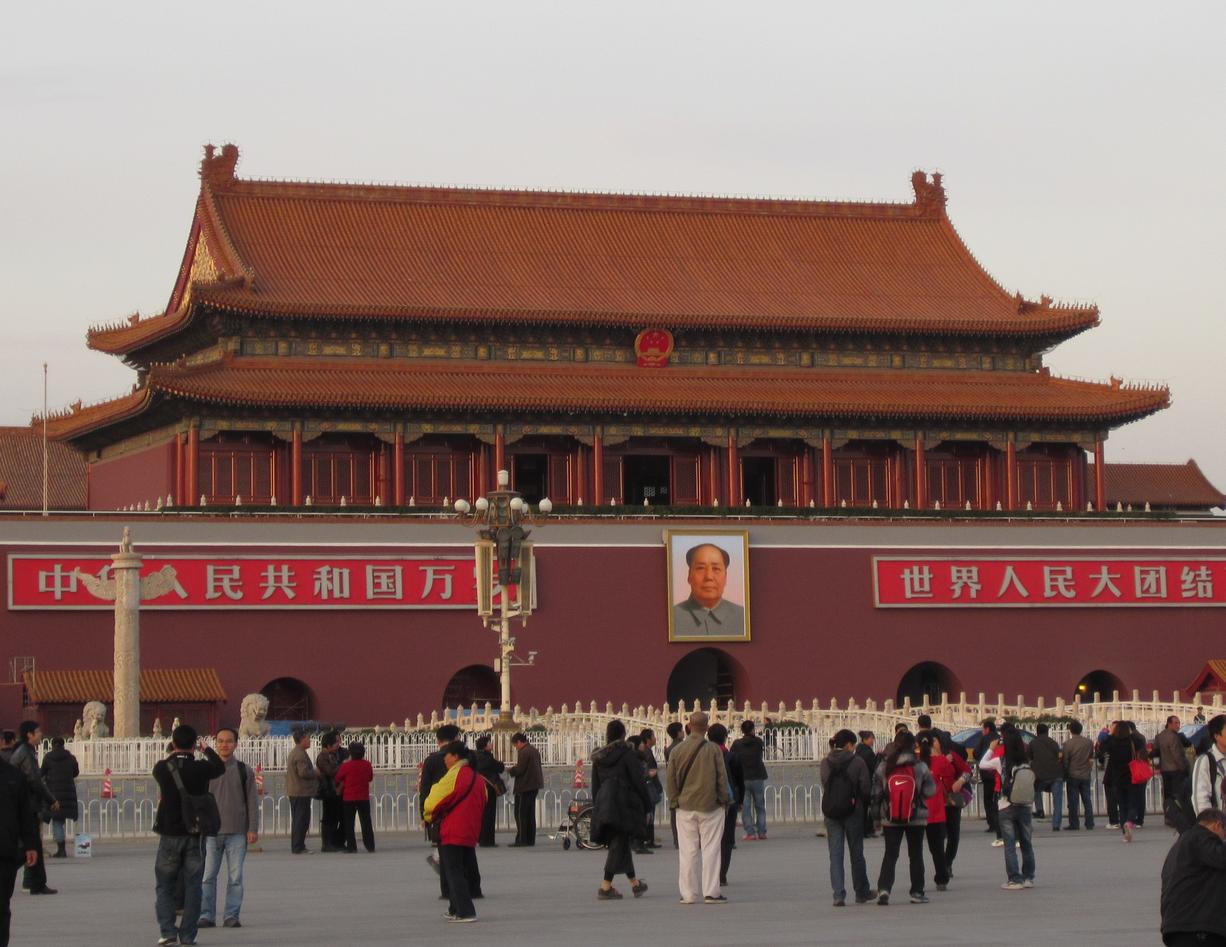 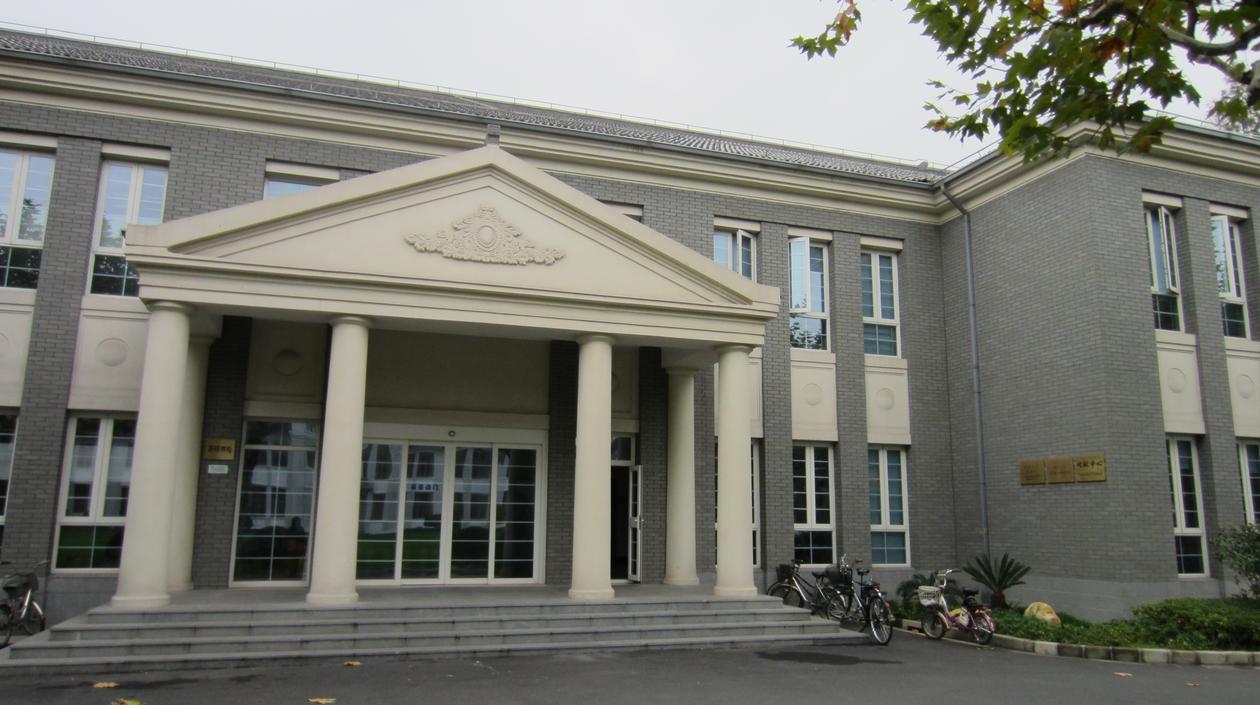 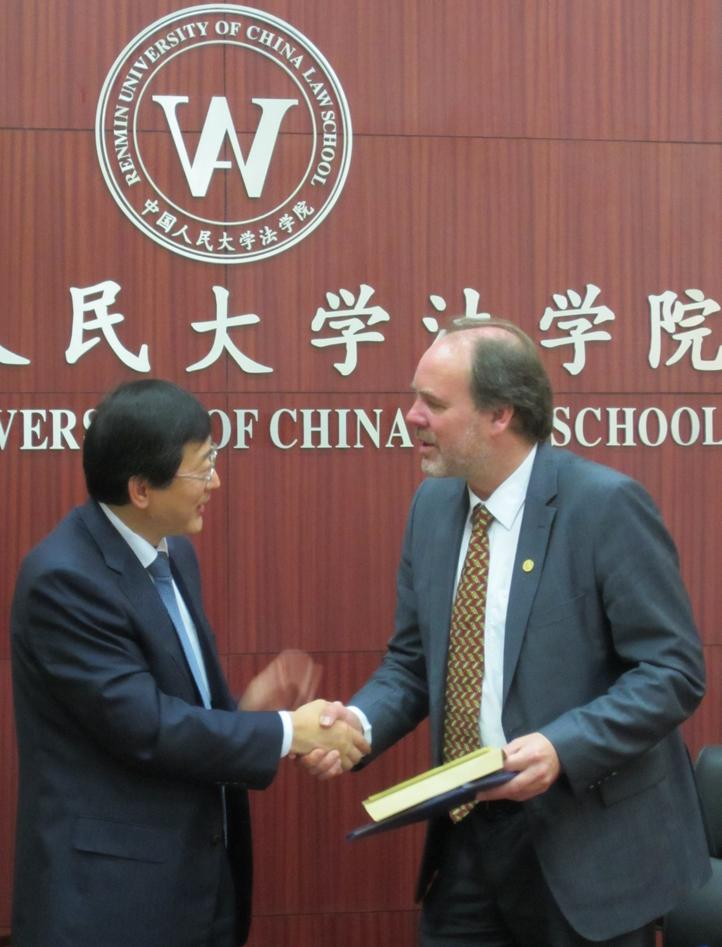 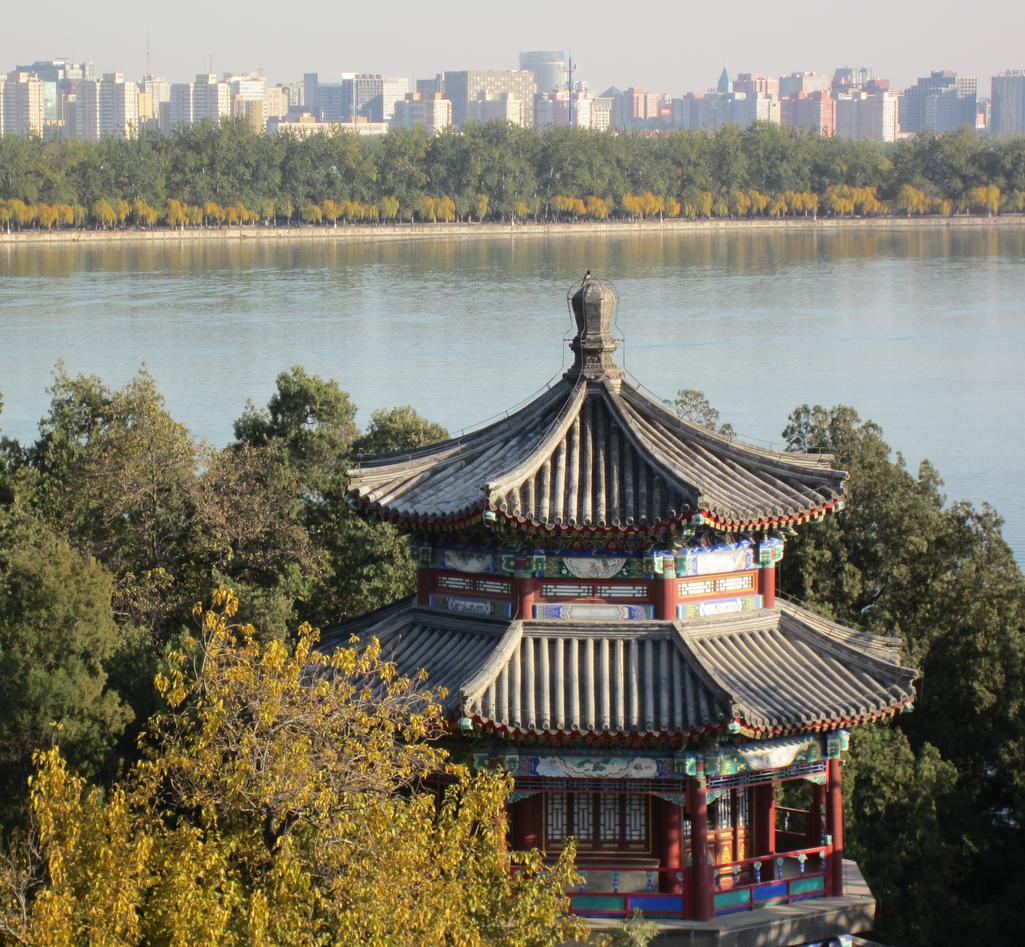 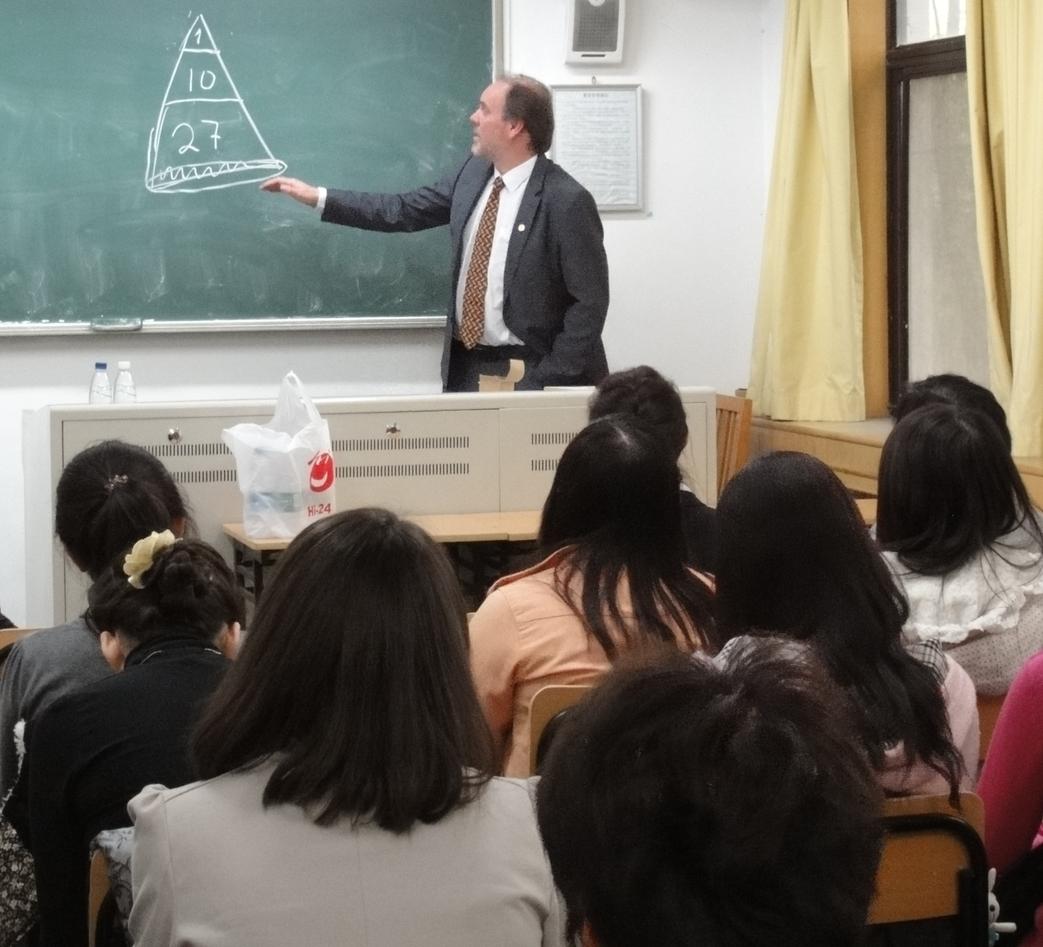 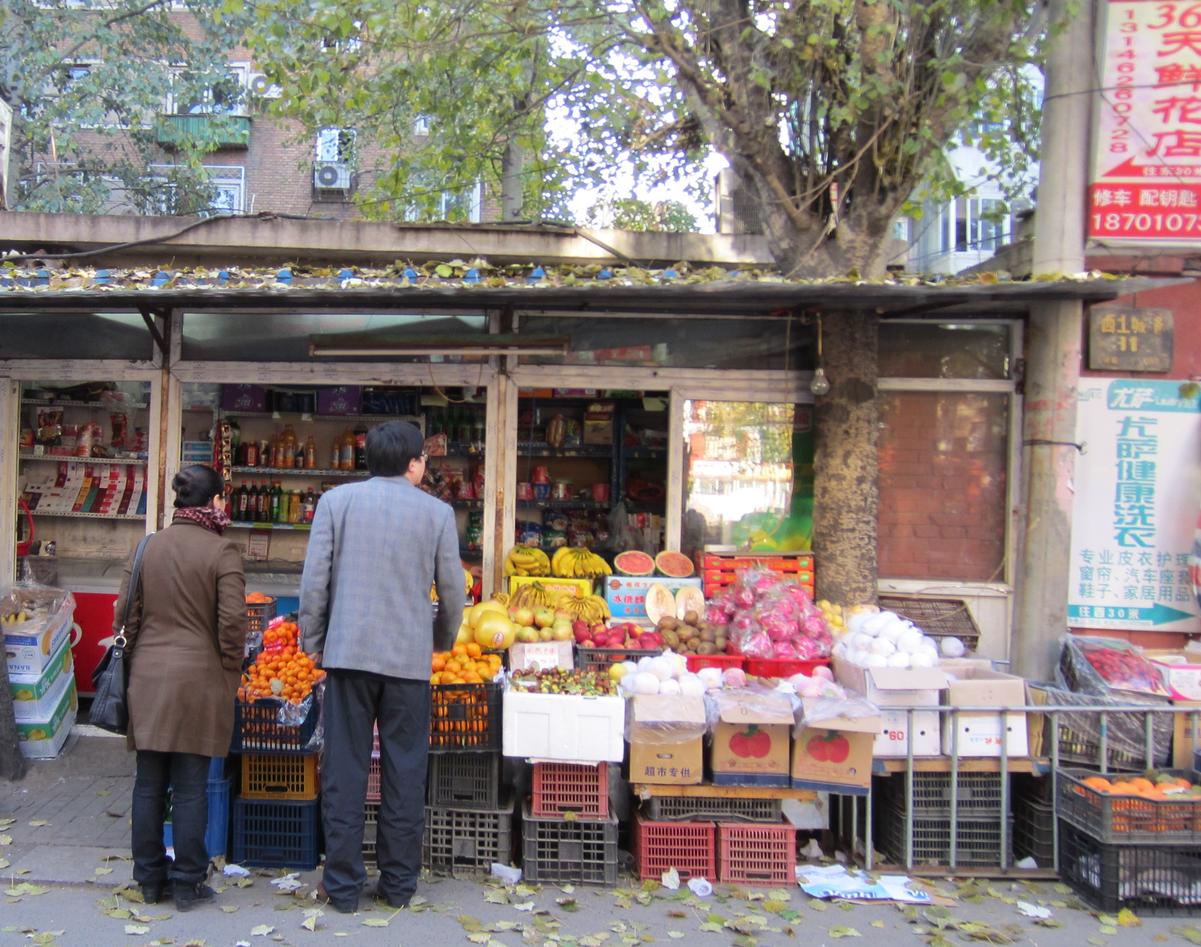