Do the poor vote for politicians who favour the rich?

New Ph.D. researcher looks at whether voters’ and leaders’ positions match up.

The Department of Comparative Politics' newest Ph.D., Troy Saghaug Broderstad, seeks to determine the congruence between the economic and gender-related interests of Norwegian electors and representatives through his research.
Photo:
Thor Brødreskift / UiB

Do voters support representatives who back their financial and demographic interests? And do representatives shape their politics to the needs and values of their supporters?

Those are questions being investigated by the Department of Comparative Politics’ newest Ph.D.

Troy Saghaug Broderstad is seeking to determine the congruence between the economic and gender-related interests of Norwegian electors and representatives, and whether each is responsive to the other.

Broderstad began his Ph.D. in August. He is part of the project “The Politics of Inequality.” Post-doctoral researcher Yvette Peters leads that project and is Broderstad’s supervisor.

As part of that project, Broderstad will assist in setting up a panel of Norwegian elected representatives in order to investigate representation and political inequality.

He is excited about doing work that is both interesting and practical.

“I find it very appealing to contribute to a project that potentially will have some impact in the real world, outside of academia. Hopefully, it will contribute to making society and democracy better. With emphasis on ‘hopefully,’” says Broderstad.

Broderstad already has several scholarly articles to his credit. One, on the relationship between economic growth and democracy, was based on his M.A. thesis, and appeared in Democratization. Another, which he co-authored, looked into the development of the field of Norwegian political science, and was published in European Political Science.

Broderstad earned his M.A. at the Department of Comparative Politics in 2015. His B.A., in political science and history, was through the Norwegian University of Science and Technology in Trondheim and the University of Copenhagen.

Broderstad then served as a research assistant at the Department of Comparative Politics. He says he likes the department because it is diverse and yet, compared to other political science departments, quite specialized.

Originally from Harstad in northern Norway, Broderstad says he likes living in Bergen “despite the lack of winter.”

He says he enjoys winter sports when the weather allows it, and goes game hunting in the north every fall. He also likes hiking, biking, playing piano and guitar, and competing in football and bridge. 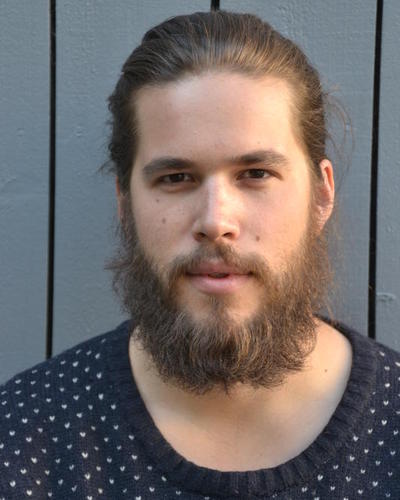