Associate Professor at the Department of Comparative Politics, Georg Picot, has initiated a line of seminars on themes related to political economy. The seminars will provide a meeting arena for researchers and others that are interested from different academic communities.

Researchers from several different departments have contributed with their own research, or to the discussion of new publications within the field of political economy through Georg Picot's research group.
Photo:
Eivind Senneset
By Mariana Qamile RødUpdated: 21.05.2018 (First published: 07.05.2018)

- My own work is genuinely transdisciplinary. So, there are many colleagues in neighbouring departments whose interests overlap with mine. I wanted to get in touch with them to have a larger group of people with similar research interests to interact with.

The goal is a transdisciplinary meeting arena for those who share an interest in related themes. The transdisciplinary approach has resulted in exciting discussions, and it's been very useful for the researchers to see their field through the eyes of other academic disciplines and to receive feedback from others, says Picot. The group has discussed several themes this semester, such as welfare policies, labor market regulations, taxation and social inequality. Some themes however keep coming back:

- We're always open for what the participants may want to discuss, but a theme such as economic inequality is recurring. The question here is: what political conditions have led to the rise in economic inequality in rich democracies in the last couple of decades? We try to ensure that the disciplinary diversity of the group is represented in the seminar topics, also by inviting external speakers from the various disciplines that are represented in the group.

Since the beginning in 2017, seminar participants from several departments have contributed. In addition to researchers from the Department of Comparative Politics, researchers from the departments of Sociology, History, Philosophy, Social Anthropology and Administration and Organization Theory have also participated and given presentations. Picot hopes the group can contribute to UiB's research related to political economy, and to make UiB more visible internationally in the field. Through connecting international scholars to the project, he also hopes the group will hopefully generate some momentum for research in comparative political economy at UiB.

The seminars consist of either scholars presenting their own material, or the participants discussing new and relevant publications about related themes. Sometimes guest speakers from abroad are invited. The seminars are open to anyone interested, including students, and one is free to come as many or as few times as one wishes. 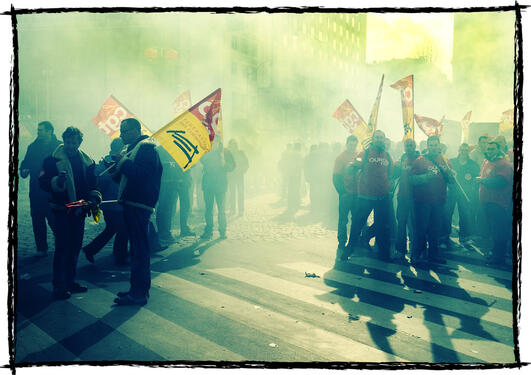 An inter-departmental seminar series at the University of Bergen