How parties are able to reward their own voters was the topic of the 2014 Stein Rokkan Memorial Lecture. Students and faculty at the Department of Comparative Politics filled the auditorium to hear the prominent professor speak.

Herbert Kitschelt, who is George V. Allen Professor of International Relations at Duke University, was invited by the Department of Comparative Politics to give the annual Stein Rokkan Memorial Lecture. Mr. Kitschelt gave the lecture «Citizen-Politician Linkage Strategies: Clientelism and Programmatic Cleavages» to a full auditorium at the Student Center at the University of Bergen.

Kitschelt addressed the question of how political parties are able to reward their own voters. Conventionally, groups of voters are indiscriminately rewarded, or linked, through so-called programmatic politics, that is, state-orchestrated improvements in the voters’ quality of life.

By contrast, another linkage is available through clientelism, meaning more selective benefits given to individual voters or small localized groups. Professor Kitschelt is currently leading an international, comparative research project addressing these issues.

Many students at the Department of Comparative Politics are familiar with Mr. Kitschelt’s work through the book The Radical Right in Western Europe (1995). Beyond right wing parties, his research areas include comparative political parties and elections in established and new democracies, comparative public policy/political economy, and 20th century social theory. 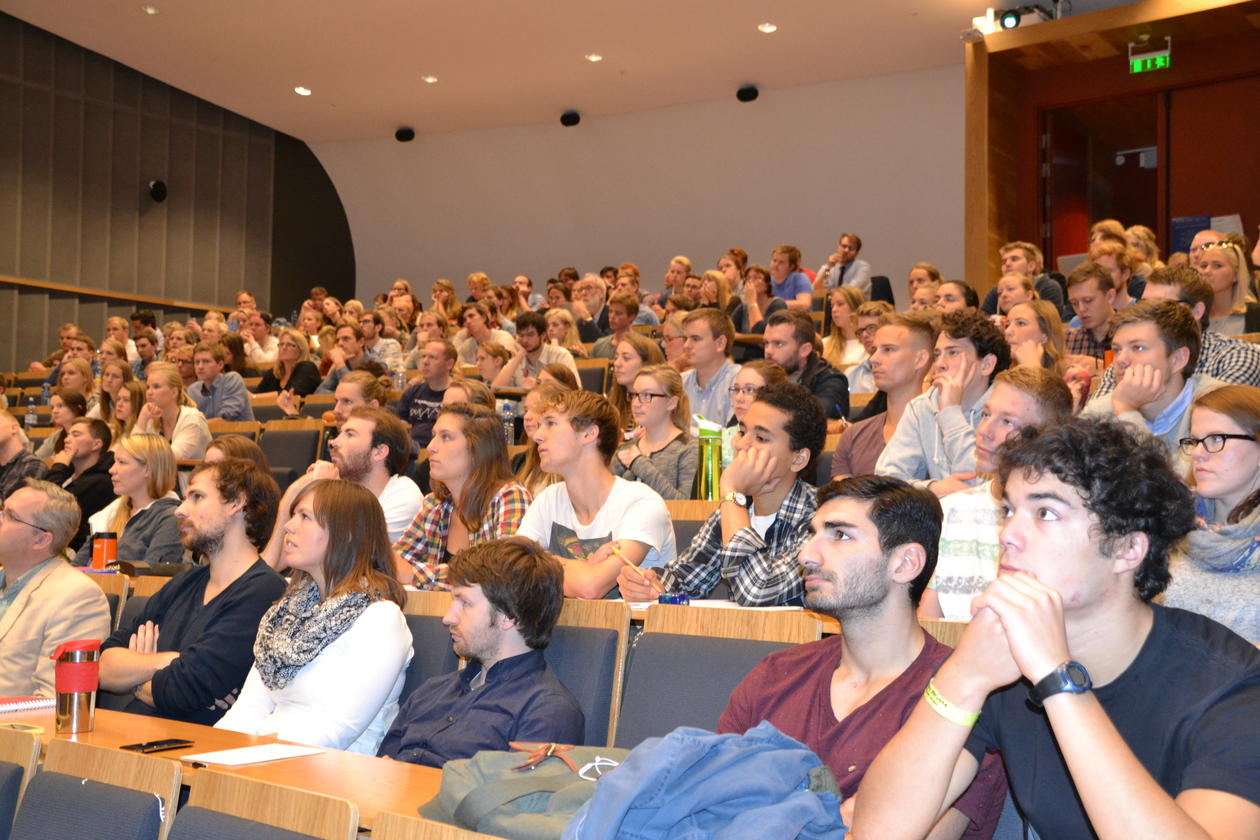 Many showed up for the 2014 Stein Rokkan Memorial Lecture. 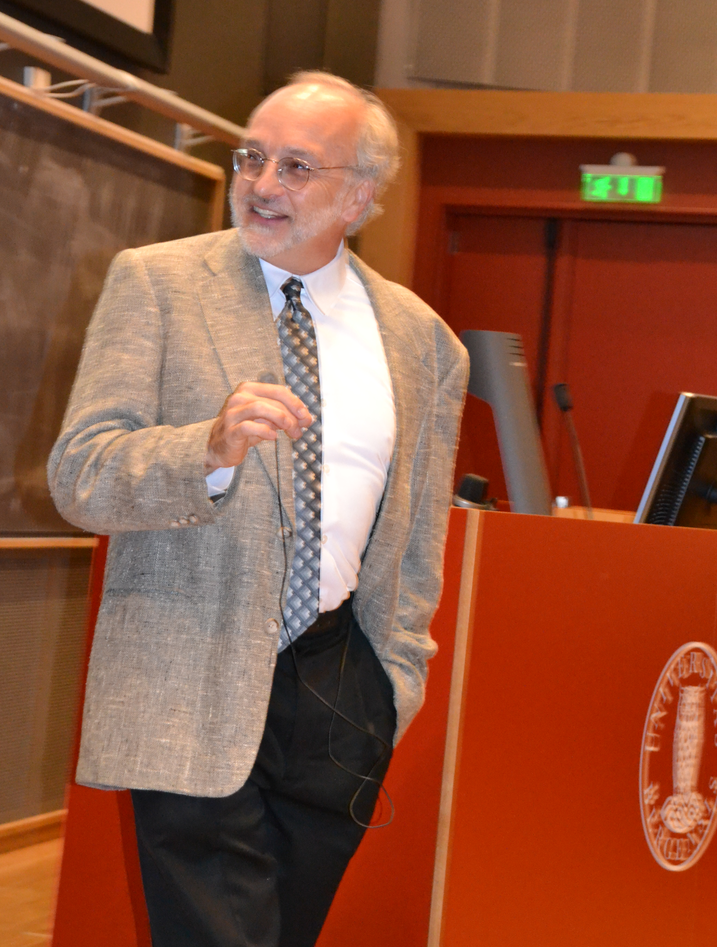